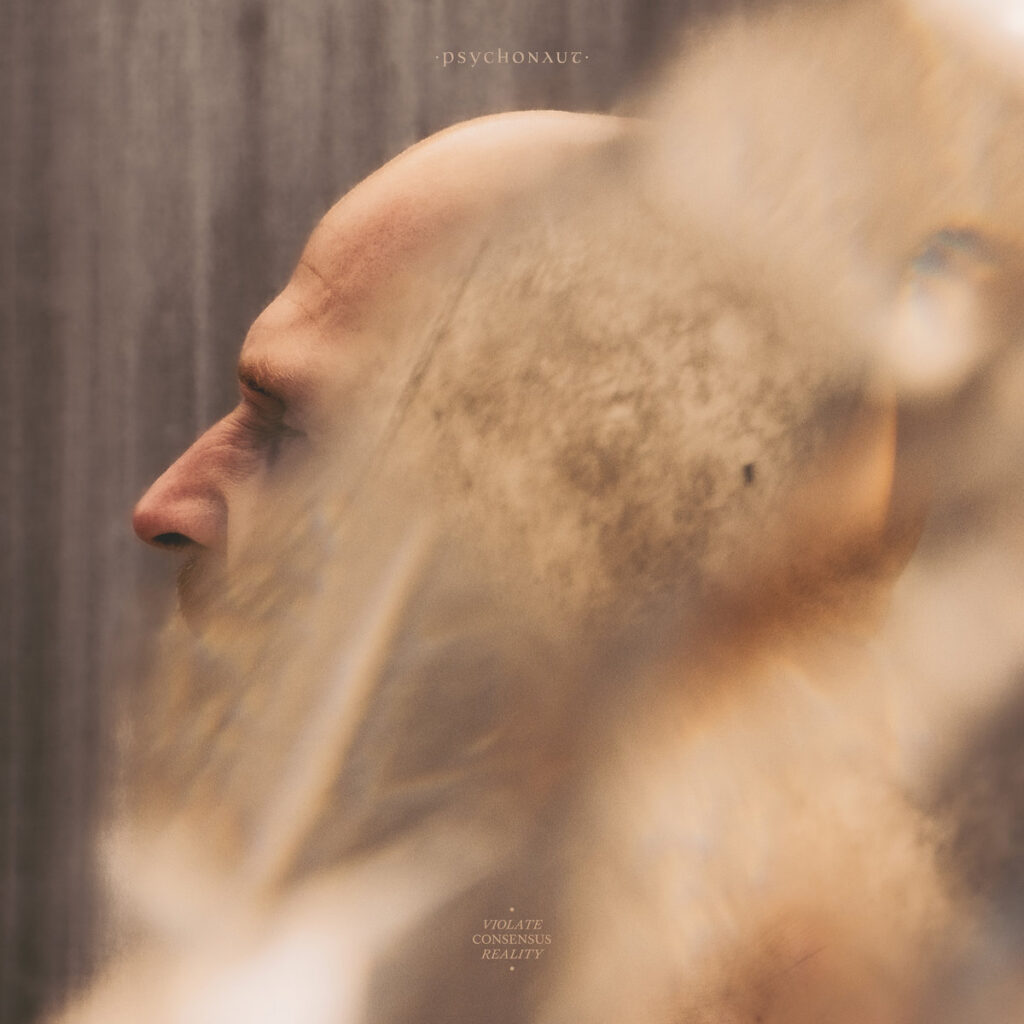 Tracklist:
01. A Storm Approaching
02. All Your Gods Have Gone
03. Age Of Separation
04. Violate Consensus Reality
05. Hope
06. Interbeing
07. A Pacifist’s Guide To Violence
08. Towards The Edge

The immense success of Psychonaut’s Pelagic debut album »Unfold The God Man«, which has been repressed 3 times throughout the pandemic and sold close to 3.000 vinyl copies to date, has proven that Psychonaut are a force to be reckoned with.

The three gentlemen from Mechelen, Belgium now return with a ferocious and muchly anticipated concept album that proclaims the formation of a new world through the acceptance of a new human identity. “We’ve always been interested in religion, spirituality and philosophy,” explains vocalist/guitarist Stefan de Graef about the music of Psychonaut. “We’ve meditated together, had long discussions about the nature of life, and we share a common vision.”

Now, with the release of their sophomore album »Violate Consensus Reality«, the Belgian three-piece take you on a visceral trip into our collective human consciousness. A journey marked by explosive riffs, soaring vocals and intricate yet catchy compositions. An impressive album which cements Psychonaut’s standing as aspirants to the throne of the contemporary European progressive/post metal community.

“We distance ourselves from a system that is based on the idea that humanity is fundamentally bad and needs protection from itself in the form of a hierarchy,” continues De Graef about Psychonaut’s latest album. “By no longer subscribing to the notion that we are all separate beings in a separate world that is dead and pointless, we embrace the vision of a new civilisation that is rooted in the idea that we are part of a living, sacred universe.” Likening our present state of separation to “an island on oceans grown, designed to bear unpredictable wrath,” the band accompanies their denunciation by punishing riffs and heavily syncopated rhythms, grabbing you by your guts and taking you on a turbulent journey. 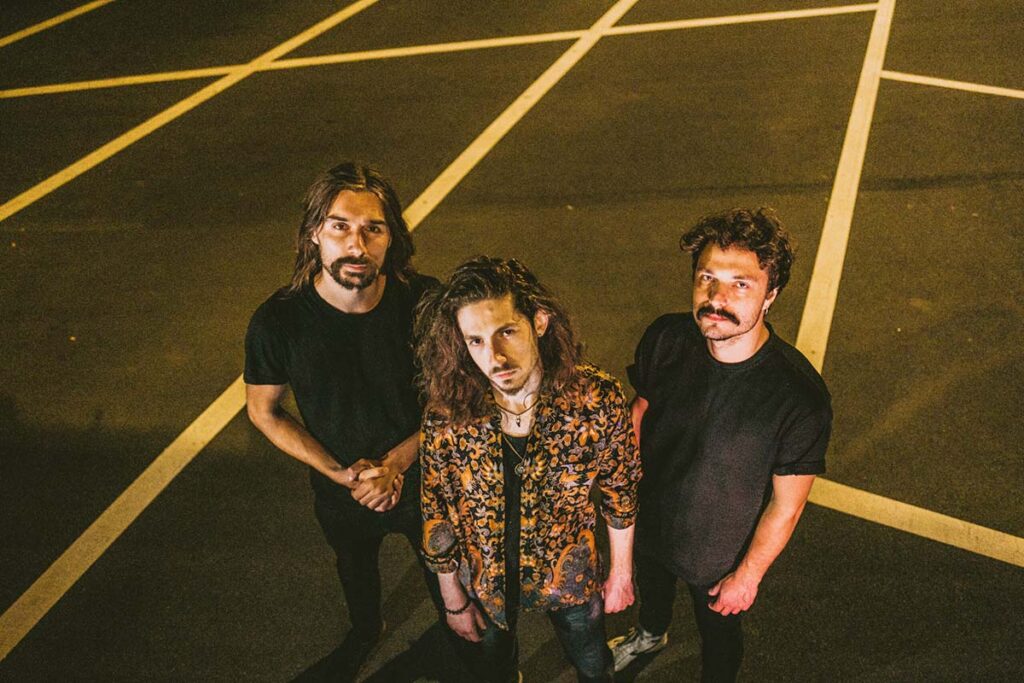 »Violate Consensus Reality« engages the senses in a way that is quite rare for concept albums, it is raw and brutal, unlike the lofty concept albums of yore with their endlessly repeating motifs and needlessly complex song structures. It stands in a long tradition of activism in music, but it also deconstructs this tradition by taking its loud and admonishing tone and providing it with a thoughtful base rooted in philosophy and spirituality.

Considering their noble goal of envisioning a brighter world, Psychonaut have chosen a seemingly peculiar album title, yet somehow it perfectly captures the nature of the record. It’s all found in the word viol- ate, which is always a negative word, e.g. a violation of rights, a person getting violated, etc. It’s never positive and certainly in the light of recent events—the #metoo-movement, the Covid-pandemic, the overturning of Roe vs. Wade by the US Supreme Court—an especially powerful image. On the contrary, the word consensus is generally considered a positive notion, but on »Violate Consensus Reality« it is the central idea against which the band declaim.

This subversiveness is characteristic of the mindset needed to approach the music of Psychonaut. »Violate Consensus« is not for the faint hearted, concept-wise but also music-wise as it contains some of the most gnarly riffs and technical playing on any Psychonaut record to date. »Violate Consensus Reality« constitutes a wild ride from the breakneck paced riffing of »A Pacifist’s Guide To Violence«, through the undulating neo-classical piano passages of »Hope« to the glorious finale of »Towards The Edge«. The mantric title track opens with the angelic voice of Stefanie Mannaerts (Brutus) and slowly builds up to erupt in an explosive sermon delivered by Colin H. van Eeckhout (Amenra, CHVE, Absent In Body), the appearance of both gifted musicians affirming Psychonaut’s stature in the Belgian metal scene and beyond.

“No man is an island entire of itself; every man is a piece of the continent, a part of the main,” so famously wrote the reverend John Donne in his Devotions. A rare moment of extroversion in a work that is otherwise marked by introspection, and a most powerful psychological analysis that still inspires today. Resounding through the ages, Donne’s most direct and honest recognition of human interconnectedness still resonates in the bowels of »Violate Consensus Reality«, creating a powerful discourse on the intersection of the individual and the collective. Psychonaut deliver once more, a transformative experience, serving renewal through riffs and exhilaration through thoughtful music with a heartfelt message.

Psychonaut have played big Belgian open air festivals like Alcatraz, Rock Herk or Boomtown Festival and boutique festivals like Soulcrusher, Roadburn Redux or A Colossal Weekend. The band has supported bands like Amenra or Brutus and they just concluded a European tour with Pelagic label mates The Ocean and PG.Lost. They have a bright future ahead of them, and tickets for their album release show at the 800 capacity AB venue in Brussels are selling fast. We gave you a fair warning.