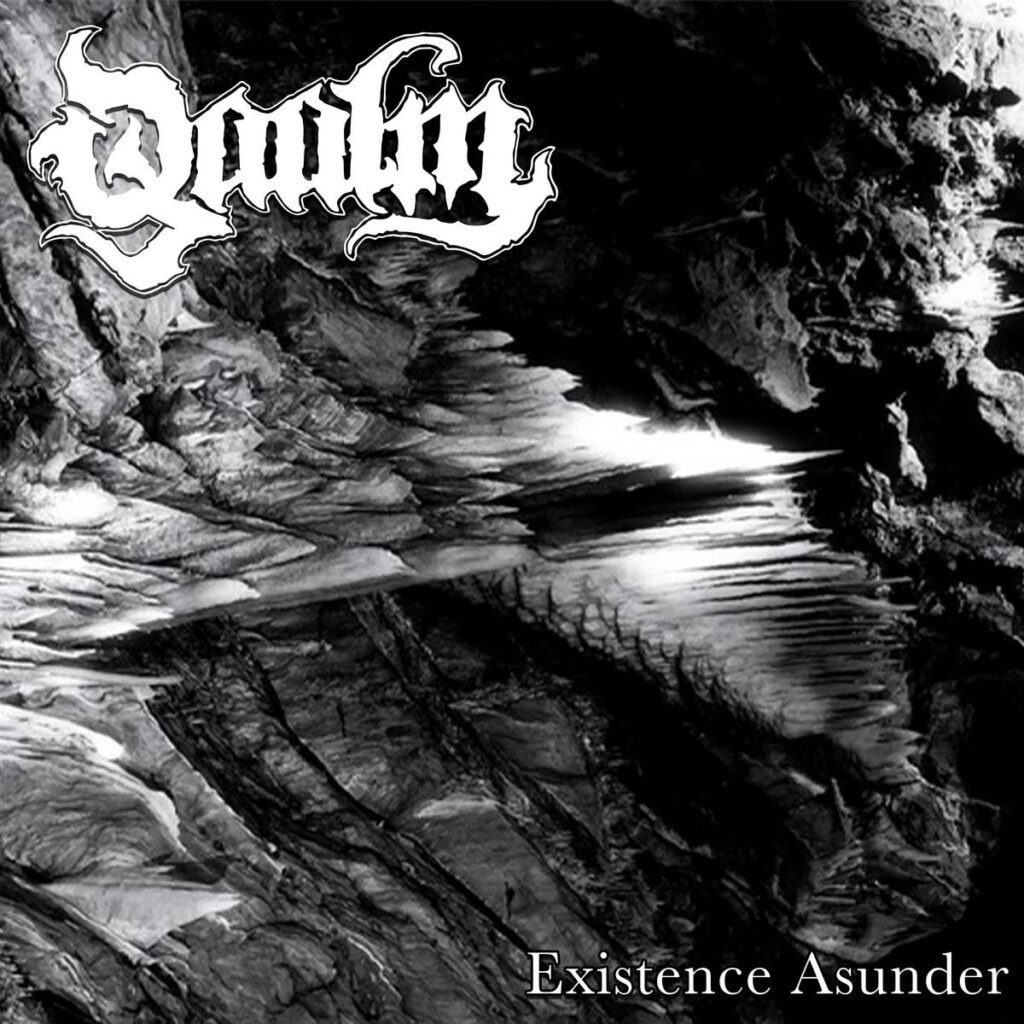 »Resilience & Despair« will be available as a 2xLP via Hypaethral Records and as a CD & cassette via Trepanation Recordings.

Los Angeles-based atmospheric doom act QAALM is proud to announce the release of its debut video and single »Existence Asunder«, taken from the band’s colossal debut album, »Resilience & Despair«, due out March 2022 via Hypaethral Records and Trepanation Recordings.

Despite featuring current/former members of notable metal bands Act Of Defiance, Harassor, and Seven Sisters of Sleep, QAALM has no musical comparison, having forged a sound unlike any of its previous efforts. Combining the crushing heaviness of sludge, the melancholic harmonies of funeral doom, with the atmosphere and intensity of black metal, QAALM has created a gloomy, depressive, and unique interpretation of the doom metal genre.

Co-produced by Steve White (Act Of Defiance, Thrown Into Exile) and QAALM and mastered by Maor Appelbaum (Faith No More, Candlemass), »Resilience & Despair« is over 73 minutes of soul-eviscerating despondency set forth by an absolutely pummeling undercurrent of anguish and distress. Madeleine Fleming handled the album’s gloomy artwork.

“The song is a lurching mammoth of Neurosis proportions, with a scorched ambience of blackened doom,” says Decibel scribe Sean Frasier. “It’s an expressive and suspenseful track even at half the length that will appear on the crushing upcoming album.”

Formed in 2019 by Henry Derek Elis (Act Of Defiance, ex-Scar The Martyr) and Pete Majors (Harassor), the initial musical endeavor stalled while Henry focused on the supergroup Act Of Defiance and wrote new material. Pete later introduced guitarist Brock Elmore (ex-Seven Sisters Of Sleep) before bassist David Huet and drummer Dave Ferrara proved to be the last pieces of the puzzle.

»Resilience & Despair« will be released in early 2022 on multiple formats via Hypaethral Records (DLP) and Trepanation Recordings (CD, cassette). Pre-order information will be available in the coming weeks. 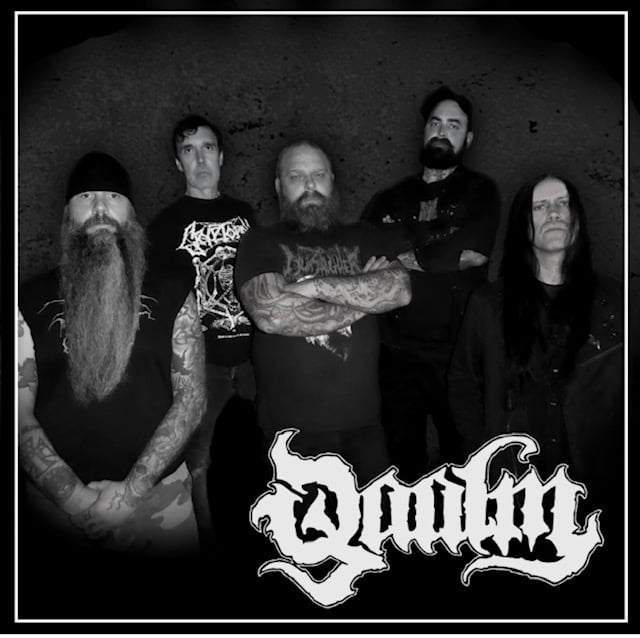 Starting a band these days may seem like somewhat of an unadorned idea. But, amongst two creative and passionately involved music aficionados, materialized a kinship over various genres, which would eventually lead to precisely that. Henry met Pete shortly after moving to Los Angeles. After attending a gig and later playing a show with his previous band Harassor, the two connected and sure enough there was talk of a potential endeavor.

The early stages of the band consisted of various musicians and the underdeveloped tone of the band proved to be partially incomplete. Something was missing…and after a while, things came to a halt. Henry took a year off to focus on Act Of Defiance and write new material from scratch. After some soul searching and a renewed approach to writing, he laid down the first demos that would ultimately define the band’s musical direction.

Pete ultimately introduced a second guitarist, Brock Elmore into the fold. After a relentless run with his previous band, Seven Sisters Of Sleep he would go on to forever change the dynamic of the band. With the addition of David Huet on bass, the band would continue to cultivate new ideas and expand sonically. The initial objective of creating an atmosphere & inevitably maintaining a stern approach to a “heavy sound” became the band’s mission. They would go on to incorporate baritone octaves, melodic overtones, dissonant chords, harrowing vocals and ambient textures to intensify the overall sound. Dave Ferrara proved to be the final piece of the puzzle to complete the line-up on drums.

Lyrically, Pete’s presence cannot be overshadowed. Implementing the echoes of his own personal experiences, depression & adverse aspects of humanity, his voice in essence is the pinnacle of reason. Alas, in the eye of every storm, lay many questions. Some of which cannot easily be answered. The definition of QAALM’s sound may very well be one of them. The band persists in reliance of all of their influences to help forge and perfect the aesthetic execution of it’s prominent core. Utilizing elements of sludge, black metal & post-rock, QAALM would outgrow any breed of stereotypical commotion regarding style over substance. The band clearly has both and isn’t shy about delivering the goods. Having no shortage of shows and an album in the works, QAALM’s own brooding brand of doom cannot be silenced.