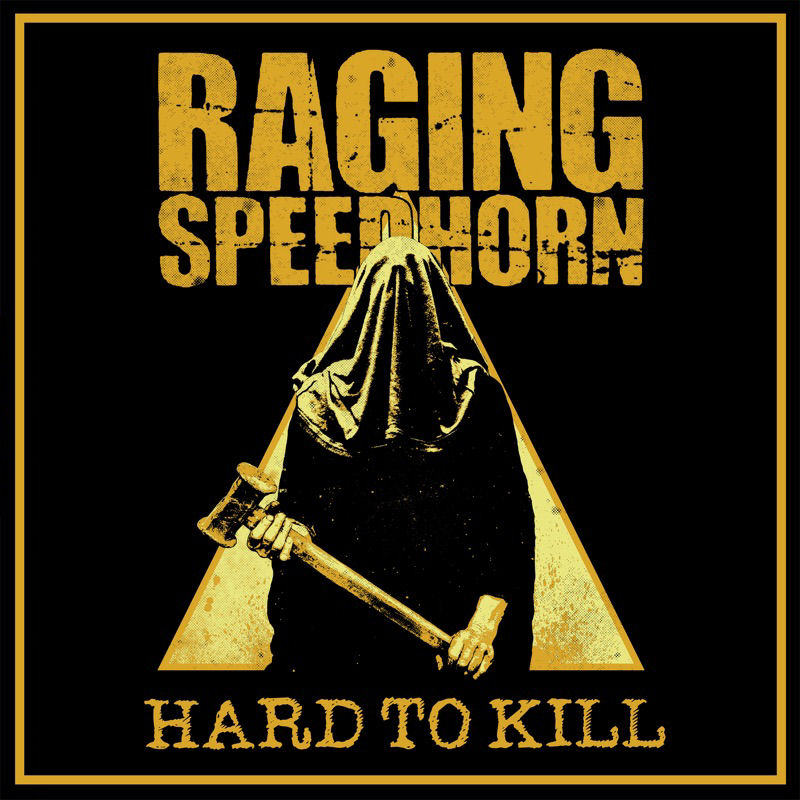 Raging Speedhorn have already unveiled a quarantine video for opening track »Snakebite« off the new record.

The album title says it all – Raging Speedhorn return to action with the release of their killer new studio album »Hard To Kill«. Recorded with Russ Russell (Napalm Death, At The Gates) at Parlour Studios in Kettering, UK, »Hard To Kill« sees Raging Speedhorn once again upping their own ante in terms of song-writing finesse… playing riff-fuelled dirty heavy metal with aplomb.

“This album is straight-up Raging Speedhorn – with added extras,” says founding co-frontman Frank Regan. “Right now, the band is on fire, the vibe is amazing, and we’re so happy to be back playing music. Six albums in and we’re still loving what we do.” The album – the follow-up to 2016’s »Lost Ritual« is the first to feature new vocalist Dan Cook who replaces long-standing co-vocalist John Loughlin.

John stood down after 21 years during the recording of »Hard To Kill« leaving the mantle open for Dan – who is no stranger to the band and its fans – standing in for both John and Frank in different times. Raging Speedhorn also welcome new guitarist Dave Leese and former Hundred Reasons bassist Andy Gilmour who join founding drummer Gordon Morison and guitarist Jim Palmer.

Aside from line-up improvements, »Hard To Kill« sees Raging Speedhorn overcome a variety of personal traumas and tribulations that has all added fuel to the rock ‘n’ roll fire.

Recorded before Covid-19 Pandemic, the first taste of new material has come via the band’s quarantine video for opening track »Snakebite«. Filmed during the early stages of lockdown, the track is instantly Speedhorn… dual-attack vocals, crushing sludge-riffs built over a backbone of pounding beats and basslines. 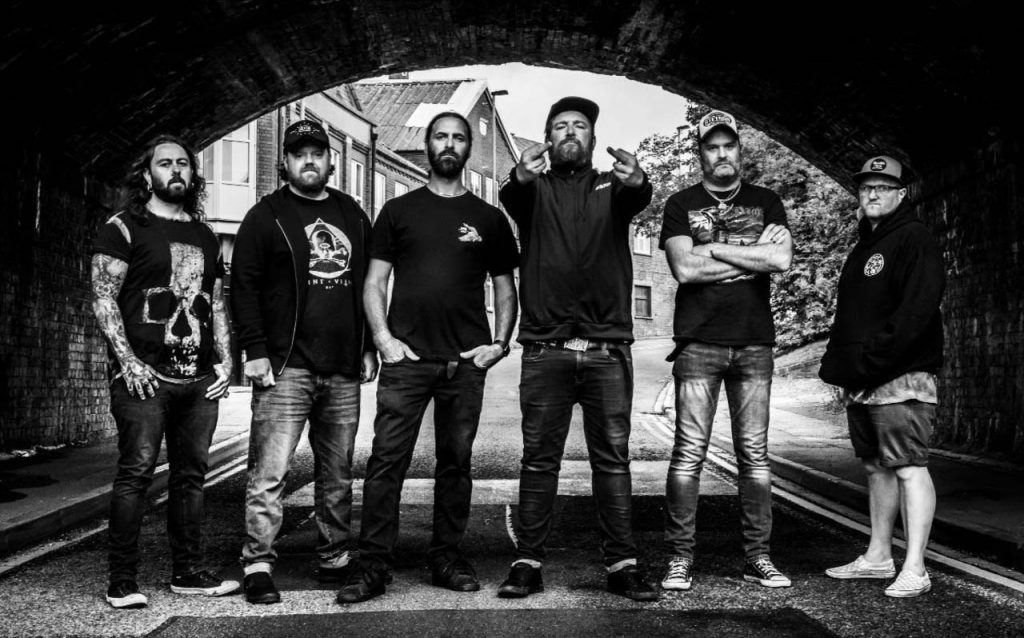 Elsewhere on the album the title track is as monstrous and infectious as the sentiment itself, »Spitfire« is a groove-fuelled beast, while »Doom Machine« and »Hammer Down« are slow-paced, sludge behemoths that deliver with the ferocity that you’d expect from Raging Speedhorn.

No stranger to enjoying the odd cover (previous covers have included the Kinks and Kiss), »Hard To Kill« also features a fantastic rendition of T-Rex’s classic »Children Of The Revolution«.

Over the course of 20 years Raging Speedhorn have built a solid and long-standing reputation as one of the UK’s leading metal outfits. Since the release of their eponymous debut in 2000, the sextet have enjoyed a career built on stunning, raucous live shows and albums to boot.

A career that has seen the sextet play worldwide shows and festivals and sharing stages with the likes of Slipknot, Clutch, Enter Shikari and many many more. »Hard To Kill« will be released on vinyl, CD, download and all streaming platforms via the band’s own label imprint Red Weed Records.