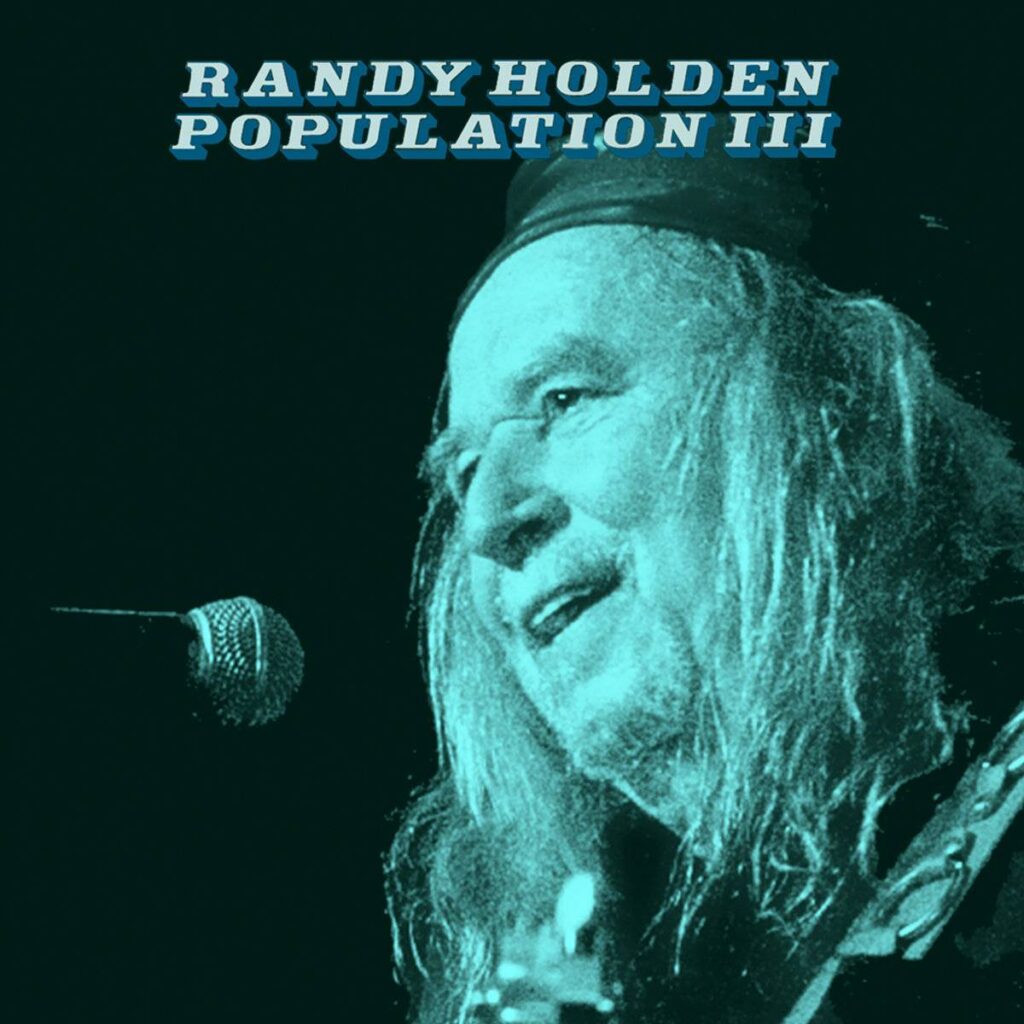 Listen to the first single »Swamp Stomp« below!

“»Population II« is considered one of the world’s first doom albums of all time.” — Metal Injection

“The distorted riffs and post-Hendrix solos he cranks through his monster amp system were doom before that term existed, and heavier than almost anything being produced at the time… A landmark in heavy rock that has long deserved more attention.” — The Wire

How do you follow up one of the most legendary, yet rarest albums said to signal the birth of doom metal?

If you’re Randy Holden, you give everyone about 50 years to catch up, then casually drop a tastefully modernized reinterpretation of that sound. »Population III« picks up where Holden’s 1969 solo debut left off, updated with several decades worth of technological advances and personal hindsight.

Following his tenure in proto-metal pioneers Blue Cheer in 1969, the guitarist aimed for more control over his next project. Thus, Randy Holden – »Population II« was born, the duo naming itself after the astronomical term for a particular star cluster with heavy metals present. Along with drummer/keyboardist Chris Lockheed, Holden created what many say is one of the earliest forms of doom metal.

“Godzilla just walked into the room. People just stood there with their eyes and mouths wide open,” Holden says of the audience’s reaction to their live debut performing with a teeth-rattling phalanx of 16 (sixteen!) 200 watt Sunn amps.

Likewise, their 6-song debut album »Population II« delves into leaden sludge, lumbering doom and epic soaring riffs that sound free from all constraints of the era. It’s incredibly heavy, but infused with a melodic, albeit mechanistic sensibility. However, troubles with the album’s original 1970 release bankrupted Holden, who subsequently left music for over two decades. For good reason, it’s widely hailed as a masterpiece, and until finally getting a proper formal release in 2020 on RidingEasy Records, was a longtime Holy Grail for record collectors.

Flash forward 40 years to 2010, we find the guitarist/vocalist quietly coaxed into recording a followup album by Holden superfan and Cactus member Randy Pratt. Joined by drummer Bobby Rondinelli (who has played with Black Sabbath, Blue Öyster Cult, Rainbow), the trio cut the 6-song collection of leaden future blues, »Population III«. “Randy Pratt had written the basic song structures, he understood my music and where I come from quite well,” Holden says. “He nailed it.”

But the recording was ultimately shelved for over a decade. “A year ago, in 2021 I listened to the songs and was delightfully surprised,” Holden says. “I think it’s the best album I’ve ever done.”

»Population III« will be available on LP, CD and download on July 1st, 2022 via RidingEasy Records. Pre-orders are available at ridingeasyrecs.com.