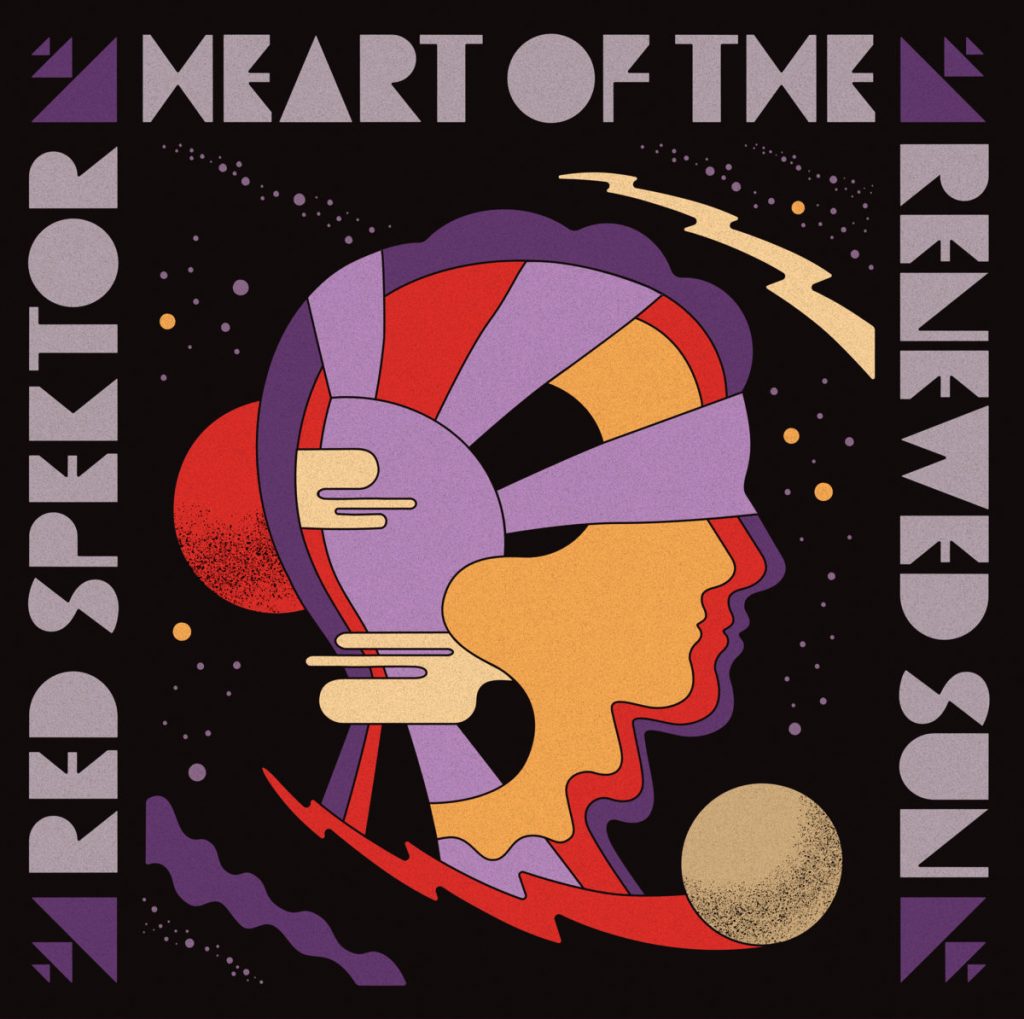 British stoner rockers Red Spektor have just released their sophomore album, »Heart Of The Renewed Sun«, out on October 2nd, 2020 via Kozmik Artifactz.

Red Spektor is a power trio playing stoner blues rock with a psychedelic edge. Performing live since early 2013 – the band has to date, played events ranging from clubs to festivals around the UK. The band’s debut 5 track EP was recorded and produced live straight to tape over two days. It has sold worldwide to fans as far as Russia, Brazil, the US and Europe.

Much revered psychedelic stoners Red Spektor return to the fold with their mesmerising sophomore album, »Heart Of The Renewed Sun«.

Hailing from Stoke-on-Trent in 2013, heavy rock trio Red Spektor have crafted a hard-hitting valve driven sound loaded with layers of psychedelic blues, which tips its cap to the late 60s and early 70s. With an abundance of groove stemming from a potent rhythm section powered by Jonny Esp on drums and Rob Farrell on bass, it leaves John Scane to deliver the killer guitar tones along vocals ripped right from his soul. In taking cues from early Sabbath and Purple, underpinned by the intoxicating flow of Jimi Hendrix and the musicality of Fleetwood Mac, Red Spektor have developed a formidable live reputation and an army of loyal followers.

To date, the band have successfully delivered a critically acclaimed EP and self-titled debut album, which was widely recommended by Metal Hammer, who cited the band as ‘continuing their ascension to the heights of stoner rock royalty’. A slew of successful tours and festival appearances with everyone from Ugly Kid Joe to Orange Goblin, Skindred and Hawkwind have also amplified the threesome’s profile.

Staying true to their roots by recording reel-to-reel, the band’s latest offering is tighter and harder, with psychedelic overtones and a clear songwriting focus that brings social commentary and further musical experimentation to the table. Armed with their strongest material to date, the burly rockers are primed to leave their mark.