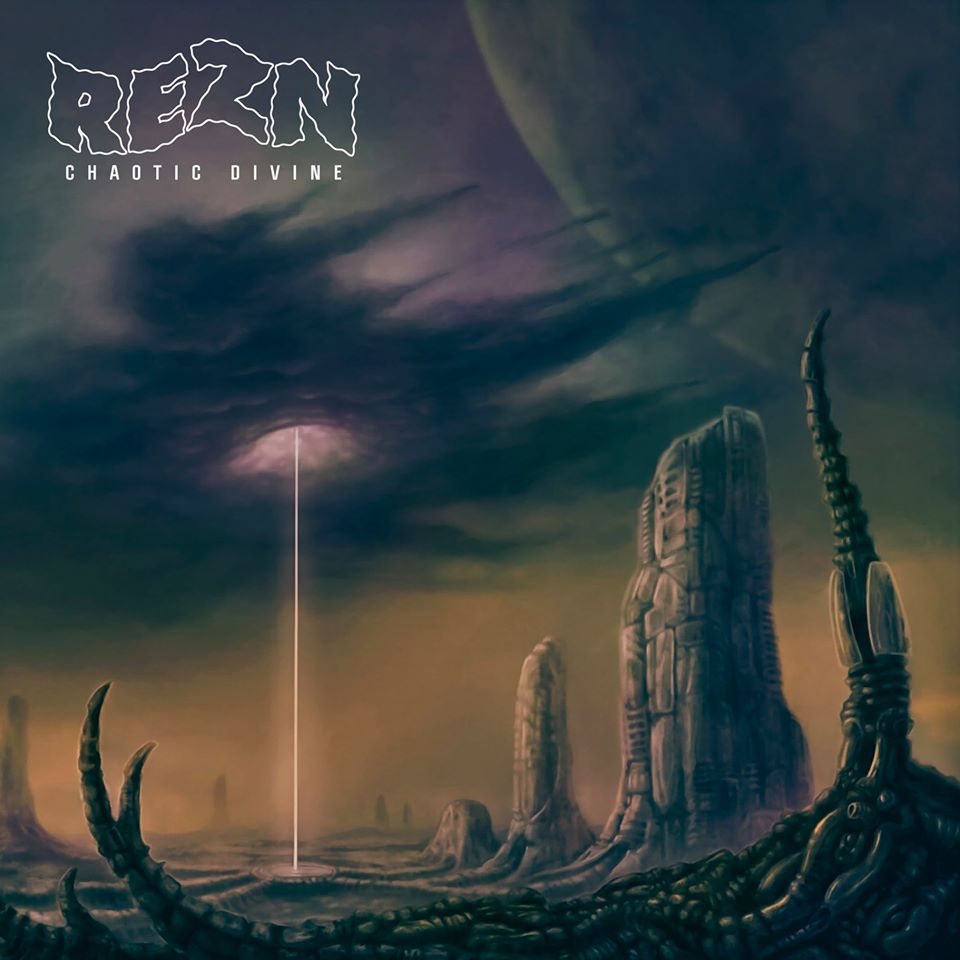 Chicago, Illinois based heavy psych/cosmic doom band Rezn stream their third full-length album, »Chaotic Divine«, which was just released on October 1st, 2020. Here in Europe, the new album is available via Off The Record Label.

The music churned out by Chicago quartet Rezn somehow manages to convey both crushing mass and cosmic weightlessness. The seed for the band’s megaton riffs and psychedelic journeys was planted when guitarist Rob McWilliams and bassist Phil Cangelosi began jamming together at age twelve in the DC commuter town of Leesburg, VA. They relocated to Chicago in 2015, recruited local sound engineer Patrick Dunn to bash on the drums, and set about recording their debut album – the molten amp worship service »Let It Burn« – after playing just three shows together. They invited their friend Spencer Ouellette into the studio to round out their bottom-heavy sound with the hum-and-squall of modular synth, and the added textural component immediately became a key facet to their sound. Rezn quickly established their footing in the heady-and-heavy Chicago rock community, playing around town with esteemed riff barons like Bongripper and Oozing Wound, as well as landing coveted slots for touring acts like Conan and Acid King. The 2018 sophomore album »Calm Black Water« continued the band’s penchant for molasses-thick guitar-and-bass punishments with soaring minor key vocal melodies, but Ouellette further pushed the dreamscape envelope by supplementing the synth duties with blissed out saxophone passages. Rezn hit the road, and with little more than a few short Midwest and East Coast under their belts, their reputation had festival promoters in California, Mexico, the Netherlands, and Denmark adding the band to their prestigious line-ups alongside acts like Melvins, Fu Manchu, Earthless, Black Mountain, and YOB.