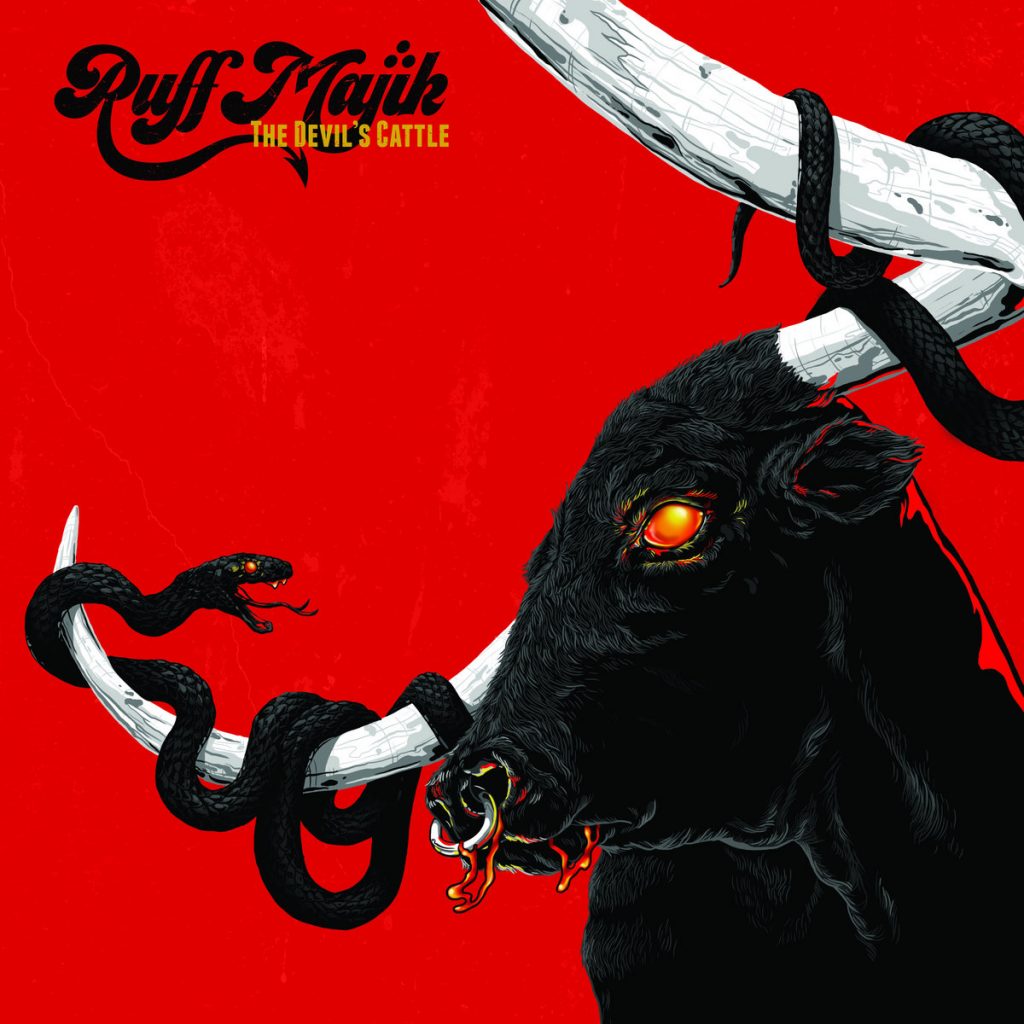 »The Devil’s Cattle« was written between Johannesburg, Pretoria, Bourlon, Berlin and Oyster Bay in 2019, whilst Johni Holiday and co. were hopping between locations during a very busy year.

The year 2019 saw many changes to the band, including new touring line-ups, the departure and return of founding bassist Jimmy Glass, a deal with a new record label, as well as the addition of new members. All of this served as inspiration for the lyrical and thematic content of the album, which deals with substance abuse, fear of isolation and failed relationships.

The album was penned by Holiday, and recorded in separate sessions between September 2019 and February 2020 at Backline Studios in Johannesburg, along with multi-instrumentalist, producer and new member Evert Snyman, as well as a rotating cast of guest musicians.

»The Devil’s Cattle« is a love letter to rock ‘n’ roll – every nasty inch of it.

All artwork by Ale & Cake Illustration.

»The Devil’s Cattle« is the highly anticipated, full-length album release from South African rock and rollers Ruff Majik, and the first with their new label Mongrel Records. The album is a 13-song firecracker filtered through the colorfully twisted lens of lead vocalist, guitarist, and songwriter Johni Holiday and the first to feature producer, multi-instrumentalist, and fellow heavy weight, Evert Snyman.

»The Devil’s Cattle« is a collection of dystopian hymns and ‘feel good’ apocalyptic jams to shake your hips and bang your head to. Think zombie montages, demonic cabarets, drug fueled car chases, claustrophobic riffs, psychobilly freak-outs and hypnotic duo-toned sonics tightly packed into a highly fluid slice of high-speed rock and roll. »The Devil’s Cattle« was written and recorded over a couple of months, stretched between September of 2019 and February of 2020.

“This was a time filled with excitement, and immense disappointment, all ground up together.” comments Johni. “You see, at the end of 2019 the band had reached a peak, ready to break through to the next big thing in the stoner scene (playing at festivals such as Desertfest and Keep It Low, and meeting heroes of theirs such as Corrosion Of Conformity and All Them Witches).”

But all was not well in the Ruff Majik camp (and later we would find out, with the world) as Jimmy Glass (founding bassist) had left the band in September 2019, and the future was becoming increasingly unsure. Then January/February 2020 hit us with the rise of COVID, and it seemed the writing was on the wall.

“Being the annoying optimist that I am, I decided to at least tie together the loose ends, and hit the world with the breakthrough album I was planning to take on the road in 2020, even if only to be the final word by a band that was never supposed to gain the traction it did anyway. So, I got to work with longtime friend and collaborator Evert Snyman, who worked with me on the recording, production and mixing of »Seasons« and »Tårn«… also lending vocals to some of the songs…” adds Johni Holiday.

Working together with a rotating cast of guests (all comprised of close friends) the band fleshed out what would become the new album. After coaxing Evert into taking the lead with the vocals on one or two tracks, Johni ended up asking him to join the band full time. “To my excitement, he agreed, and we crafted an album that I’m very proud of…” smiles Johni. 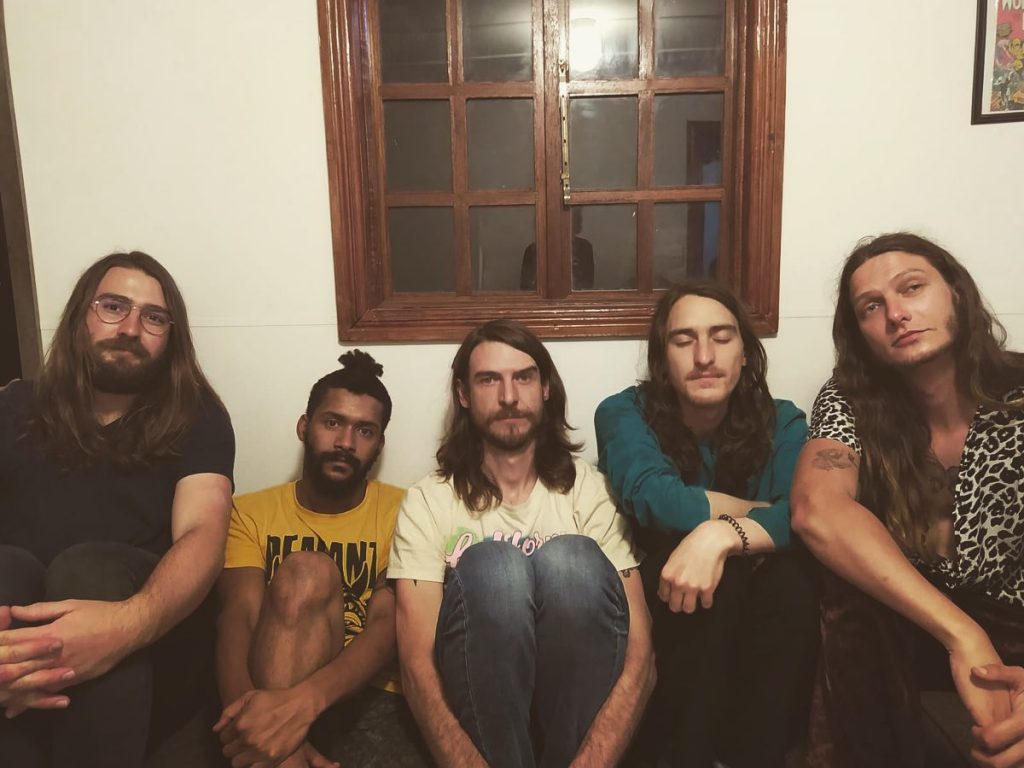