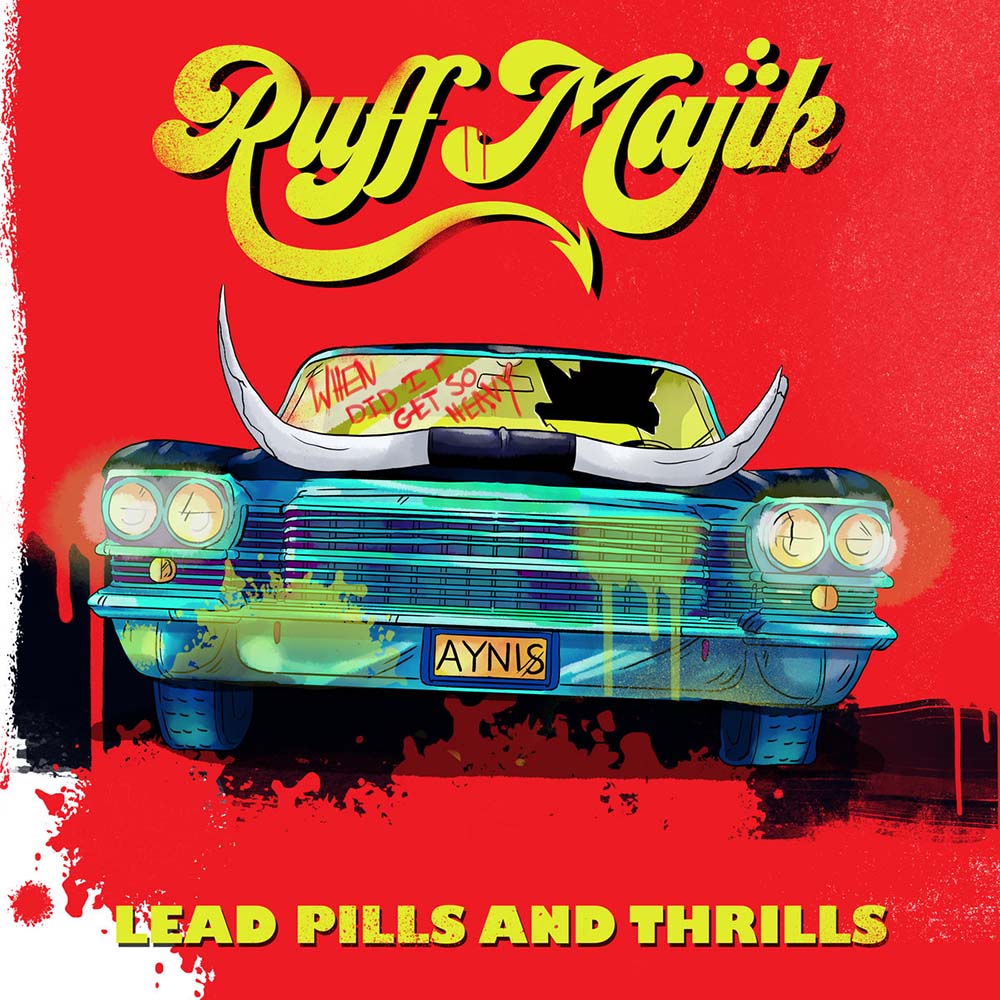 South African stoner rock kings Ruff Majik unveil a music video for the new single »Lead Pills And Thrills« taken from their highly anticipated album, »The Devil’s Cattle«, which will be released via Mongrel Records.

»Lead Pills And Thrills« is available now on all digital platforms.

Says the band: “»Lead Pills And Thrills« is the third single to be released from our upcoming album »The Devil’s Cattle«. It’s the first one to feature both Evert and Johni front and centre on vocal duties, and also the first time the band experimented with piano driven rock ‘n’ roll. Lyrically, the song deals with crippling addiction (to both lost love and alcohol).

The video is the conceptual follow up for the animated feature »Who Keeps Score«. Jimmy and Johni are both out in the wasteland, being pursued by zombies. Evert has been taken hostage by a zombie horde to be the personal piano man for their bar – and Jimmy and Johni set out to rescue him. Once there, they discover they have fallen right into a clumsily planned trap.

»Lead Pills And Thrills« (as with the previous videos and album art) is a love letter to B-grade horror and action movies, and this vision was captured perfectly by Tiger & Lilly Productions.”

“When hell is full, the dead will walk the earth – turns out they like rock ‘n roll too.” adds frontman Johni Holiday.

»Who Keeps Score« was the first track to feature new member, multi-instrumentalist, and producer Evert Snyman (Pollinator) on lead vocals. The animated video is a collaborative effort between Lllewellyn Van Eeden and long-time illustrator of the band, Annemarie Buchner.

“The idea was to illustrate and animate an enticing storyline about a band of vampire hunters that bit off a little more than they could chew. It’s got church burnings, zombies, high speed car chases, bad dancing – everything you’d want out of a B-movie, jam packed into 3’30”. Vampires are at large I tell you, Vampires! Yeah. No seriously, some people are just so god damn draining. The only way to beat them is to write a loud and fast song and jam it out with some friends.” remarks Holiday.