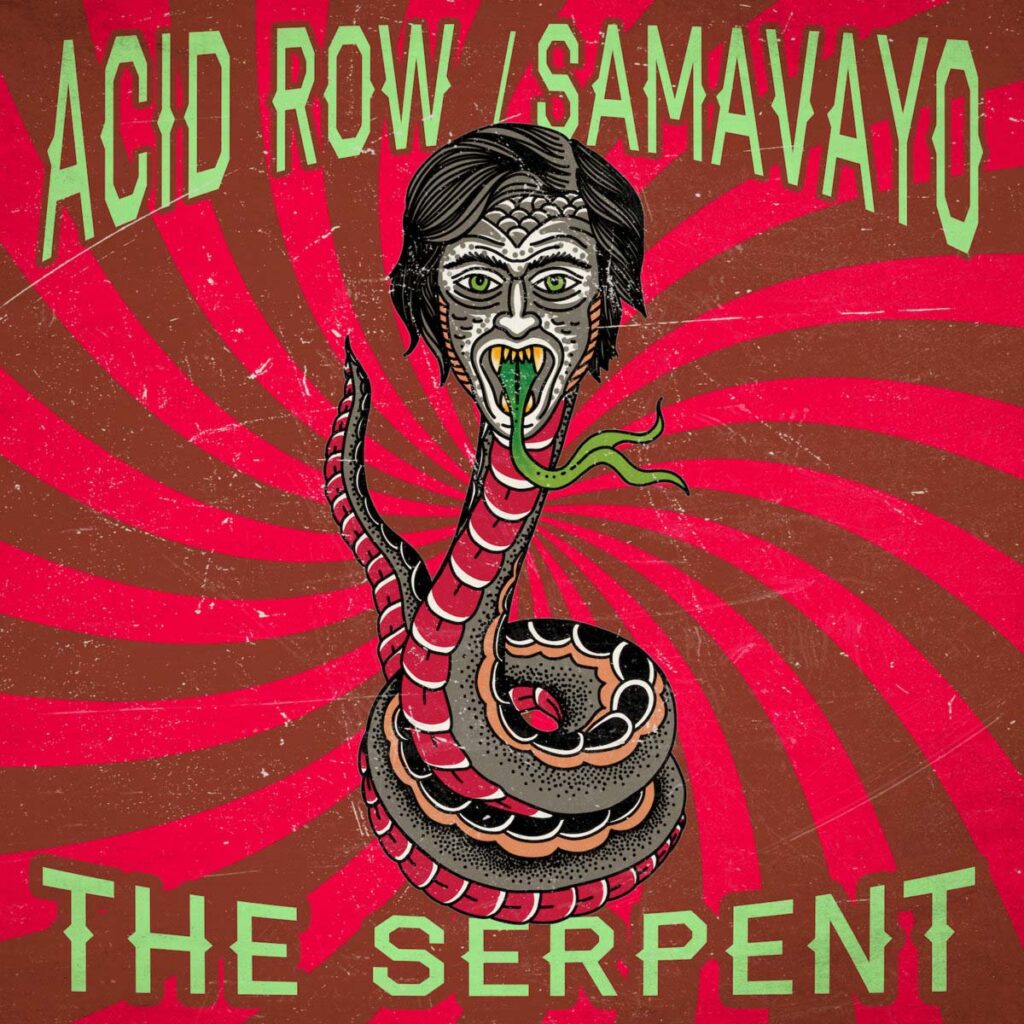 Berlin, Germany based stoner/alternative rockers Samavayo and Czech stoner rock trio Acid Row releases a collaboration single »The Serpent«, which was just premiered via The Obelisk.

As they say, it’s a stoner rock song about a serial killer. Samavayo adds: “Textually it could very well be the soundtrack of the Netflix series »The Serpent«.”

Czech stoner-rock band Acid Row in cooperation with Samavayo from Berlin (Germany) are releasing a feature single The Serpent«. A record about a serial killer who arose from two different distant places, two countries and both bands participated in the production of it.

Members of both bands did the whole songwriting process online. They shared their ideas, created together a demo version of the song, discussed everything from pre-production, production to final release and promo of the song. The theme of the song depicts French serial killer Hotchand Bhawanani Gurumukh Charles Sobhraj, who killed around 20 people in an area of South Asia. In media the criminal got a nickname The Serpent. This is also symbolized in artwork made by Daniel Gerhard Holc with the central motif of a dancing snake with a human head of the mentioned killer mixed with slightly psychedelic background which also includes some shots from liquid light show made by a creative group called Weird Visuals from Prague.

The Czech unit recorded their parts at Golden Hive Studio in Prague and the German unit at their HQ in Berlin. The single is accompanied with minimalistic “music video”, more likely a gentle animation of a moving demonic snake with a human head created by the guitarist from Acid Row Dominik Klesa. 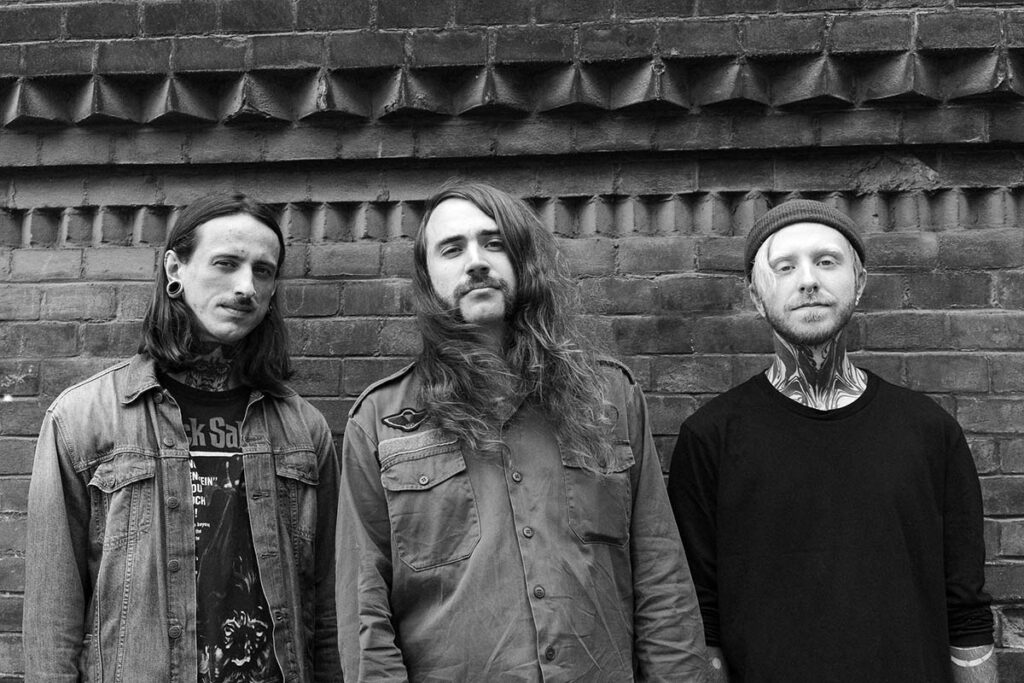 “This cooperation with Acid Row (CZ) is the first time we wrote a song with another band. Before that we had done cooperations where each band contributed songs to a jointly release. But this time we composed together and the challenge was to do that spaced apart in different countries. We managed well and created a unique piece of Rock music with creative input of both bands! We did that because the project sounded like fun, we knew it’d be a challenge and Acid Rows are friends from Brno/Prague, where we had a lot of fun on previous shows!” says the frontman from Samavayo Behrang Alavi about the collaboration.

“Psychology, especially the psychology of serial killers interests me both personally and also on the level of musical inspiration. Some cases encourage specific imagery, symbolics and so on. Like in case of a serpent. Sobhraj was stealing from their victims their property and identity, which is similar to skin changing of a snake. He was also poisoning their victims very slowly. People have behind their social masks a lot of different animal instincts. What I like to do in some songs is to reveal what’s actually hidden behind those masks.” says Alex Fonar the frontman from Acid Row in connection to the topic. 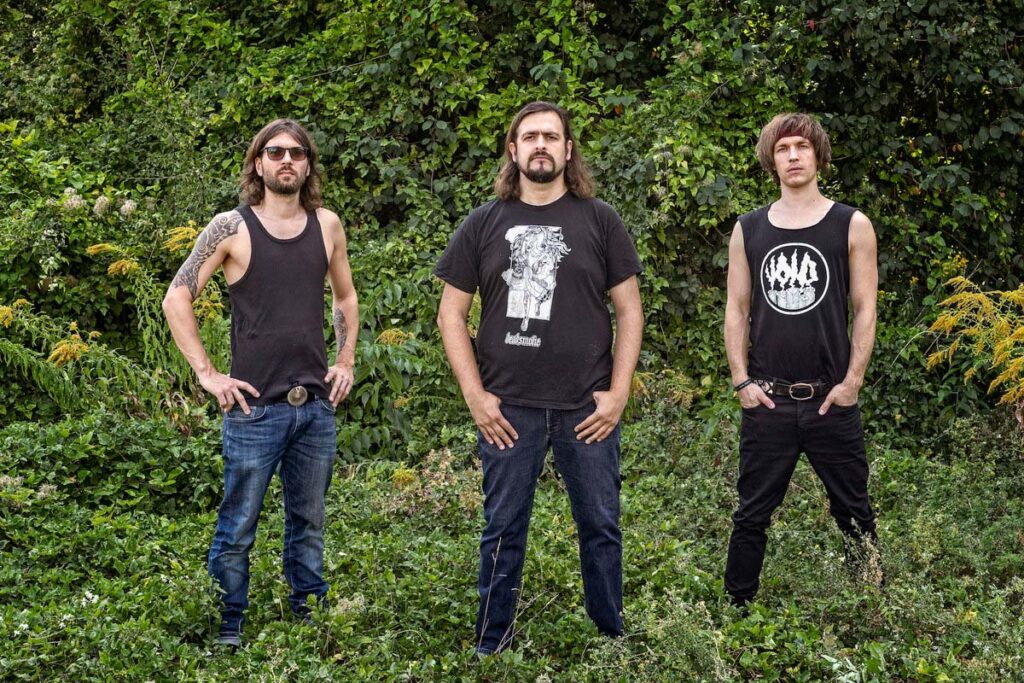 German trio Samavayo plunder European venues and festivals for more than twenty years. Touring with Ukrainian Stoned Jesus or Greenleaf from Sweden brought them to most of the European countries including Czech Republic where they also met with Acid Row on one of their together shows. They also played together at Setalight Festival in Berlin, which is organized by members of Samavayo.

Across border collaboration came to life thanks to support of the proexport office caller SoundCzech under the Ministry of Culture Czech Republic. Mixed and mastered by sound engineer Jens Güttes.