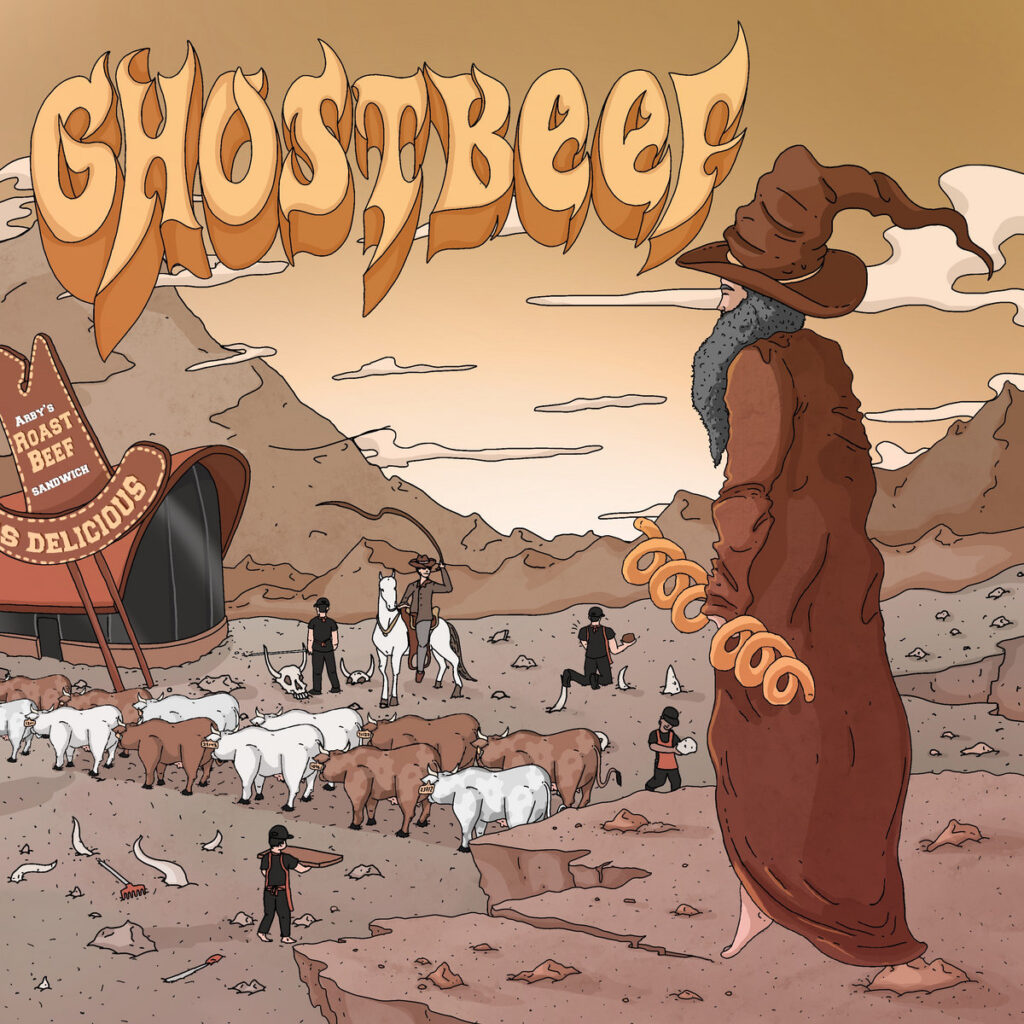 Introducing »GhostBeef« – an Arby’s-themed heavy metal concept album set in a dystopian future where a tyrant brutalizes the land and extracts its many resources with his meaty fist. Written from the perspective of the oppressed workers, pitiful livestock, and the despot himself, GhostBeef delivers 40+ minutes of heavy riffage and epic solos. As the high priests of meat convene in primeval forests to forecast their country’s grim future, a hero emerges to challenge the reign of terror and free the cows once more.

Available on limited edition gold vinyl and CDs over at the Bandcamp page or via the merch section of the Spotify profile.

The Chop (Unlimited) is a musical collective of old friends who remember when confetti lined the streets and surprise rock was new. Born in Wilmington, weened in San Francisco, and now spread to the four corners of the globe…The Chop is forever.

Other Chop-a-verse projects include: 1001 Album Complaints (a weekly music and comedy podcast) plus bands The Beverly Crushers and MEGA. Much much more to come, kids.