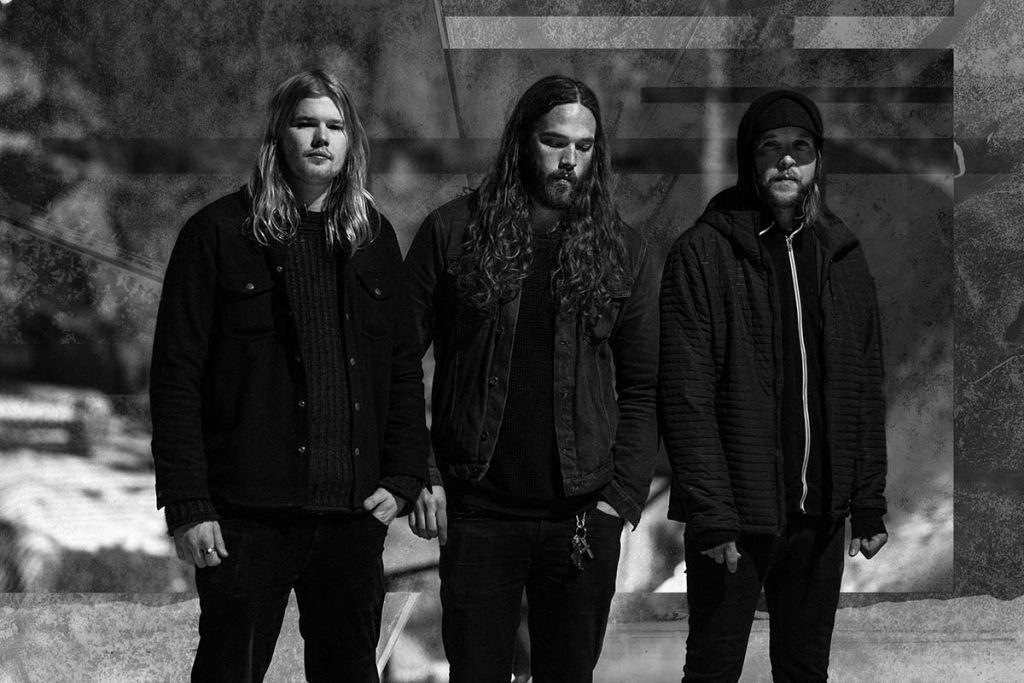 Norwegian atmospheric sludgers Sâver and Belgian psychedelic post-metal act Psychonaut share studio playthrough videos for the tracks from their new split EP, »Emerald«, out on May 14th, 2021 via Pelagic Records.

Sâver is performing »Dimensions Lost« and »Obscured by Aeons«, while Psychonaut is streaming their take on »The Great Realisation«.

Psychonaut and Sâver are akin in many ways: both artists embody and explore corporal, physical heaviness in their sound as much as spirituality and philosophy, both artists often stretch their compositions close to the 20 minutes mark, and both artists redefine the concept of the classic power trio within a context of genre-bending, modern heavy music: where Sâver plea for calculated minimalism, Psychonaut employ an arsenal of percussion instruments on their recordings, and it is even more so astonishing how well they manage to reduce the polyphonic assault to the trio in a live setting.

Psychonaut literally came from out of nowhere – Mechelen, Belgium, to be precise. Their 2020 album »Unfold The God Man« showcases excellent musicianship and songwriting abilities, heavily influenced by 70’s bands like Led Zeppelin and Pink Floyd, but also drawing inspiration from contemporary heavy artists like Tool or Amenra.

Sâver from Oslo, Norway delivered an equally astounding debut album of sublime heaviness, shimmering moogs, abrasive vocals and a devastating, gnarly bass tone. Their jaw-dropping performance at the renowned Oya Festival in Oslo in the summer before the pandemic, accompanied by mesmerizing visuals on a huge screen, was a foreboding of what to expect from this band in the future.

The Great Realisation represents the start of both an individual and a collective awakening. As we slowly watch our world change to the point where it may actually become uninhabitable for our species, we start to question the story of the world and realise that it may be time for a new story. It continues where the concept of Unfold the God Man left off, which was mostly centred around the recognition of our higher potential as individuals. The Great Realisation is the next step in the transition towards a new collective experience. It functions as a bridge between UTGM and our next album.

The story is narrated in 5 chapters which are based on a psychedelic experience. The protagonist encounters an entity that feels like Mother Earth who reveals the secrets of the universe to him. He enters a euphoric state in which he deconstructs his notion of self, leading him into an unknown yet blissful state of consciousness. However, not knowing what to do with this experience and this information, he loses all connection and is sent into the void. With all his might, he tries to retrieve his anchor to reality, condemning the entity that gave him this experience.

This release is by far the most elaborate production we have ever done. We recorded tons of extra percussion overdubs in Motormusic studio, added additional layers using a Morin Khuur, a 12-string acoustic, violins, didgeridoos, timpani, throat singing, choir vocals etc. To us, this feels like the most creative piece of songwriting we’ve ever done. We knew this would be released as a single track but we still wanted to make it sound like it was a short album or an EP, creating the experience of a bigger story by using different chapters. Doing all of this during a global pandemic was definitely challenging but we are very happy that we managed to find a safe way to record this massive composition without any compromises. 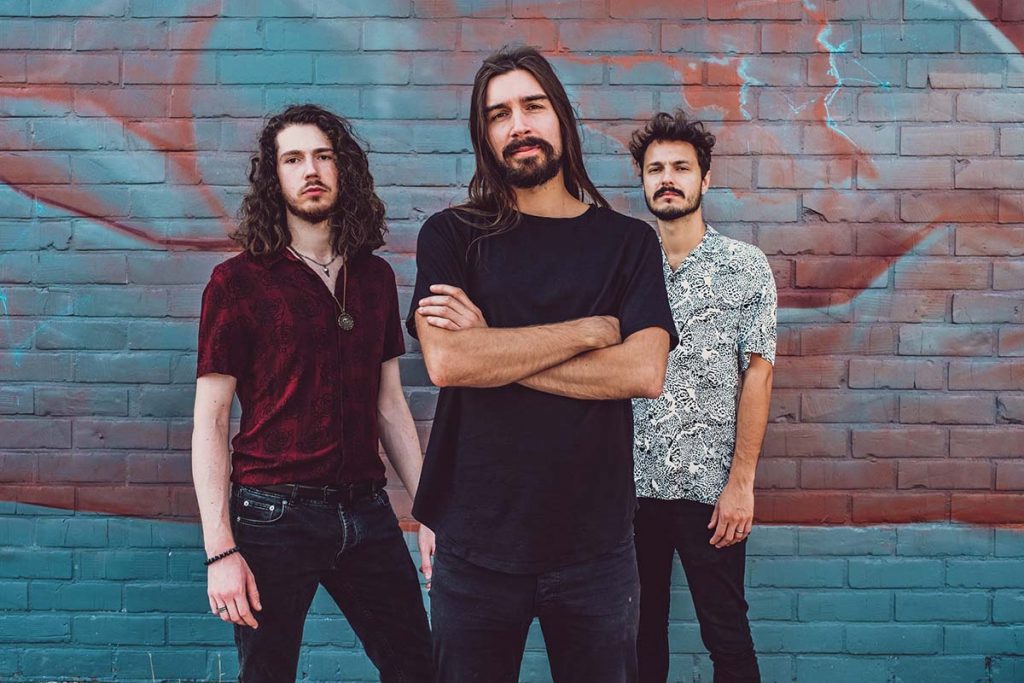 Needless to say, this piece of music is a result of the weird and uncertain condition we’ve all been living in for the last year. Following a sudden and chaotic journey back home from Hungary after everything got cancelled mid-tour in March 2020, we found ourselves back in our rehearsal space with clean sheets and a society on hold. This allowed us to dive deeper into the sonic landscapes we’d been wanting to explore, with a strange and somewhat greater sense of calm.

As a natural continuation of »They Came With Sunlight«, we were intrigued by cinematic and electronic soundscapes, leaning heavy on atmosphere and mood as much as our heartfelt desire for the more extreme. To always challenge ourselves as musicians, and push the boundaries for what we are capable of as a unit, is a direct consequence of trying to capture what resonates within ourselves.

The pandemic caused harm, but it also granted time.

Ole Rokseth took this time and translated it to magic, giving birth to the first half »Dimensions Lost« with his arsenal of synthesizers recorded in different studios around Oslo. The contrast to the latter half »Obscured By Aeons«, the dissonance between the soft and eerie and the furious anger, is a reflection of the key element we want to incorporate in our sound. The void between darkness and light. Ole Rokseth’s extended use of clean vocals gives Sâver the power to emphasize this even more on »Emerald«.