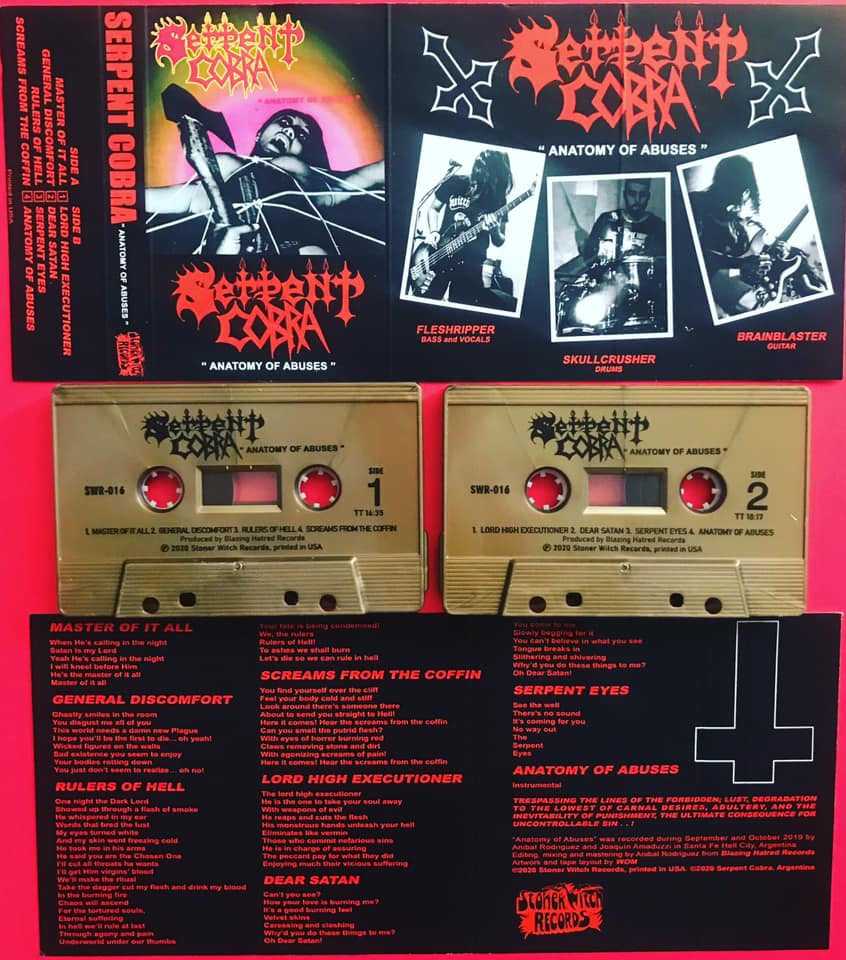 Now »Anatomy Of Abuses« is available on cassette tape as well, out on August 21st through Stoner Witch Records. Exclusive artwork for this edition was designed by Wizard of Meth.

Tracklisting:
A1. Master Of It All
A2. General Discomfort
A3. Rulers Of Hell
A4. Screams From The Coffin

B1. Lord High Executioner
B2. Dear Satan
B3. Serpent Eyes
B4. Anatomy Of Abuses

Serpent Cobra’s first album »Anatomy Of Abuses« is an 8 song trip into the depths of “forbidden; lust, degradation to the lowest of carnal desires, adultery, and the inevitability of punishment, the ultimate consequence for uncontrollable sin” – (Carolina Dussau bass/vox). With it’s writing process initiated in 2017, this evil debut from Parana’s newest devil music trio has already been pressed on red transparent wax thanks to Poland’s Interstellar Smoke Records. You may have seen the very first k7 edition from Manicomio Discos featuring the original artwork by Emmanuel Leonhardt (aka Desordenador), what makes this US edition so special is that it features all new artwork by Wizard of Meth. It’s truly doesn’t get more evil than this! 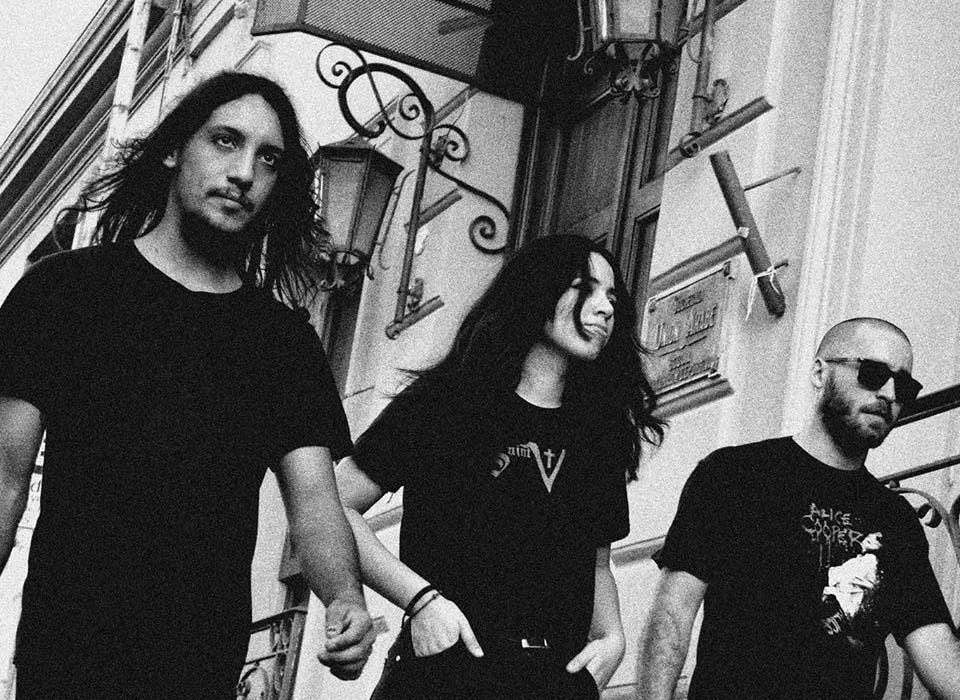