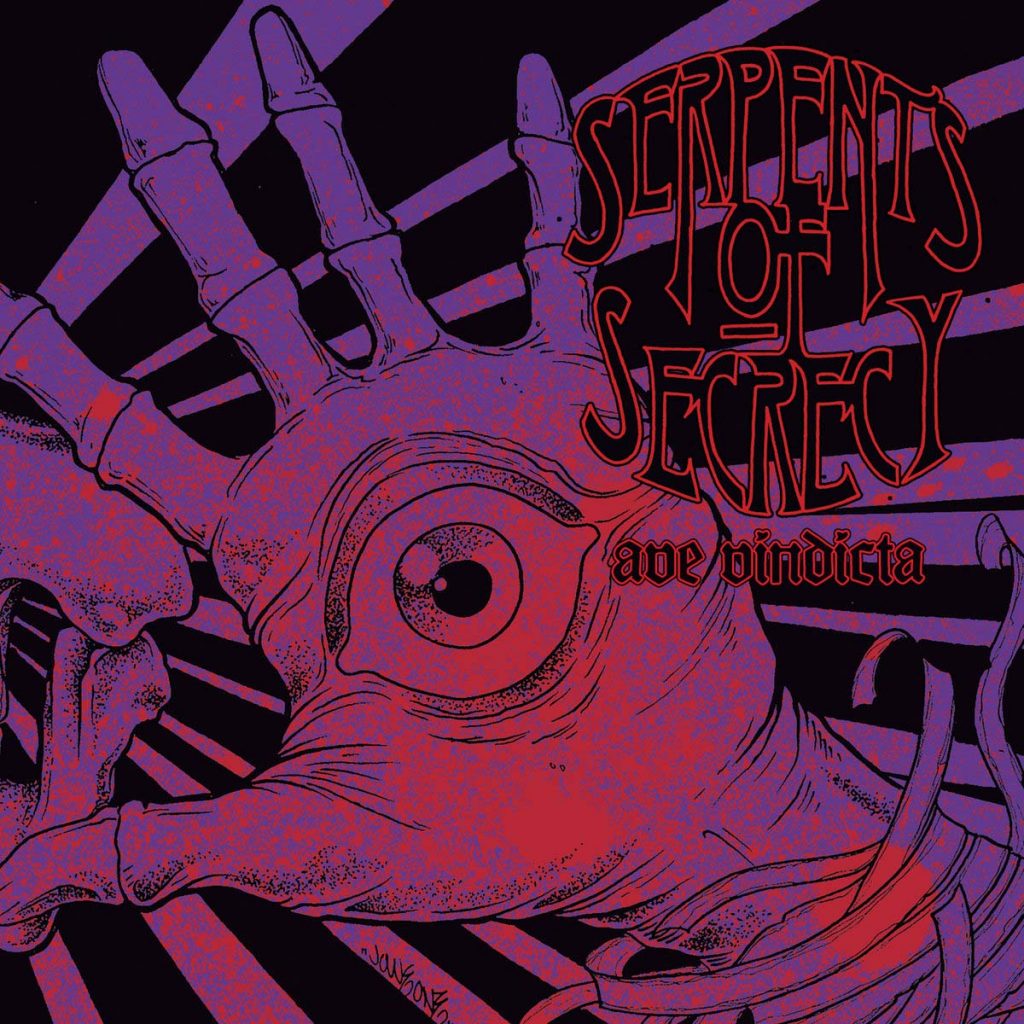 Baltimore, Maryland based doom metal supergroup Serpents Of Secrecy has just released their long-awaited debut album, »Ave Vindicta«, on October 31st, 2020 via their own label Moving The Earth Records.

Serpents Of Secrecy dedicated this release to honor the late Rev. Jim Forrester, who was tragically murdered by gunshot in 2017.

»Ave Vindicta« is available on CD and all digital platforms.

Several years in the making, Serpents Of Secrecy has been through overwhelming grief creating the »Ave Vindicta« album. Following a CD single release in 2017, bassist Rev. Jim Forrester (also of Sixty Watt Shaman, Foghound) was murdered on the streets of Baltimore. The band spread the word to help track down the killers while dealing with their own personal loss of their dear friend, while leaving the record to the side as it was just too painful to hear. Finding solace in the fact that Jim would have wanted the album to see completion and release, the band finally forged their way through and locked into the final stages of creating the record. Having completed the record in recent weeks, the band is now extremely proud of the final product and is ready to present »Ave Vindicta«. The album will see release on Halloween, Forrester’s favorite holiday.

»Ave Vindicta« was engineered by J. Robbins and Matt Redenbo and recorded and mixed by J. Robbins at Magpie Cage Studios Baltimore, Maryland (Jawbox, Burning Airlines, Government Issue), with the keyboards engineered and recorded for »The Cheat« and »Dealer’s Choice« by Adam Micalczu at Empire Studios in Windsor, Ontario, and mastered by Dan Coutant at Sun Room Audio in New Windsor, New York. The album is completed with cover art by Joe “Joweone” Nasatka, photography by Shane Gardner, and graphics by Bill Kole. »Ave Vindicta« features guest keyboards on »The Cheat« and »Dealer’s Choice« by Mark Calcott and by J. Robbins on »Bleeding Still«.

It was two years to the day since their brother and bandmate Rev. Jim Forrester was murdered on the streets of Baltimore, and it was the first time they had been in the same room together for almost as long. They had assembled to finish the album they had started with Jim. Everything just clicked. 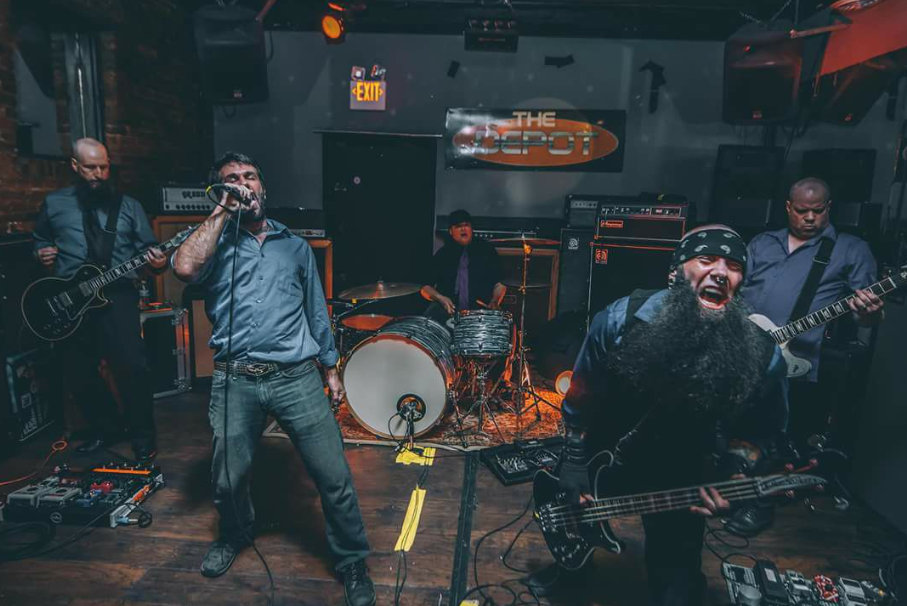 “We’d often talked about getting in the jam room to figure out what we wanted to do for this solo or a vocal part or a melodic figure between verses, but it just never happened. Sometimes it was due to schedule conflicts, but I know personally it was often too painful to listen to the songs,” says guitarist Todd Ingram. He adds, “I hadn’t listened to the album in many, many months. I’d start to and then I just hit the stop button with my eyes welled up. I drove to the studio feeling bad. I felt I’d let my brother down by not spending hours preparing like I would do normally. But that feeling soon disappeared as everything from vocals and guitar parts were getting nailed in just one take.”

“We’d look at each other and say, ‘Well that’s badass. No need to mess with that at all,’” offers vocalist Mark Lorenzo. Inspiration continued as Chuck Dukehart decided to add kettle drums to the instrumental track »Lament«. Guitarist Steve Fisher adds, “Ideas were flowing effortlessly. I was listening to playbacks of »Lament« and I thought, “Yeah, this needs a slide guitar track.” “Steve’s slide work was perfect. It really brought out the haunting quality in that piece,” adds Ingram.

Lorenzo continues, “I had this idea for a preacher like call and response with Steve at the end of »In The Lock«, and then after listening to the playback, Chuck comes up with the idea for hand claps, foot stomps, and Gospel-like background vocals. Next thing we know all four of us are doing Rev Jim Gospel hour. It was a blast. Sort of a tongue in cheek homage to our brother. We knew he’d be cracking up at the whole scene.”

“At the end of that last session we knew we had finished the work in a way that would meet Jim’s approval, and we couldn’t help but think Jim had guided the parts… It was that effortless,” reveals Ingram.

Chuck Dukehart adds, this weekend we’re going to shoot a video with Shane Gardner who is also an amazing photographer. The video will encompass the last two tracks on the album, »Broke The Key« and »In The Lock«, so look for that to come out around the same time the album drops. We chose Jim’s favorite day of the year October 31st. Ultimately this is Jim’s album and he’d have wanted it that way.”