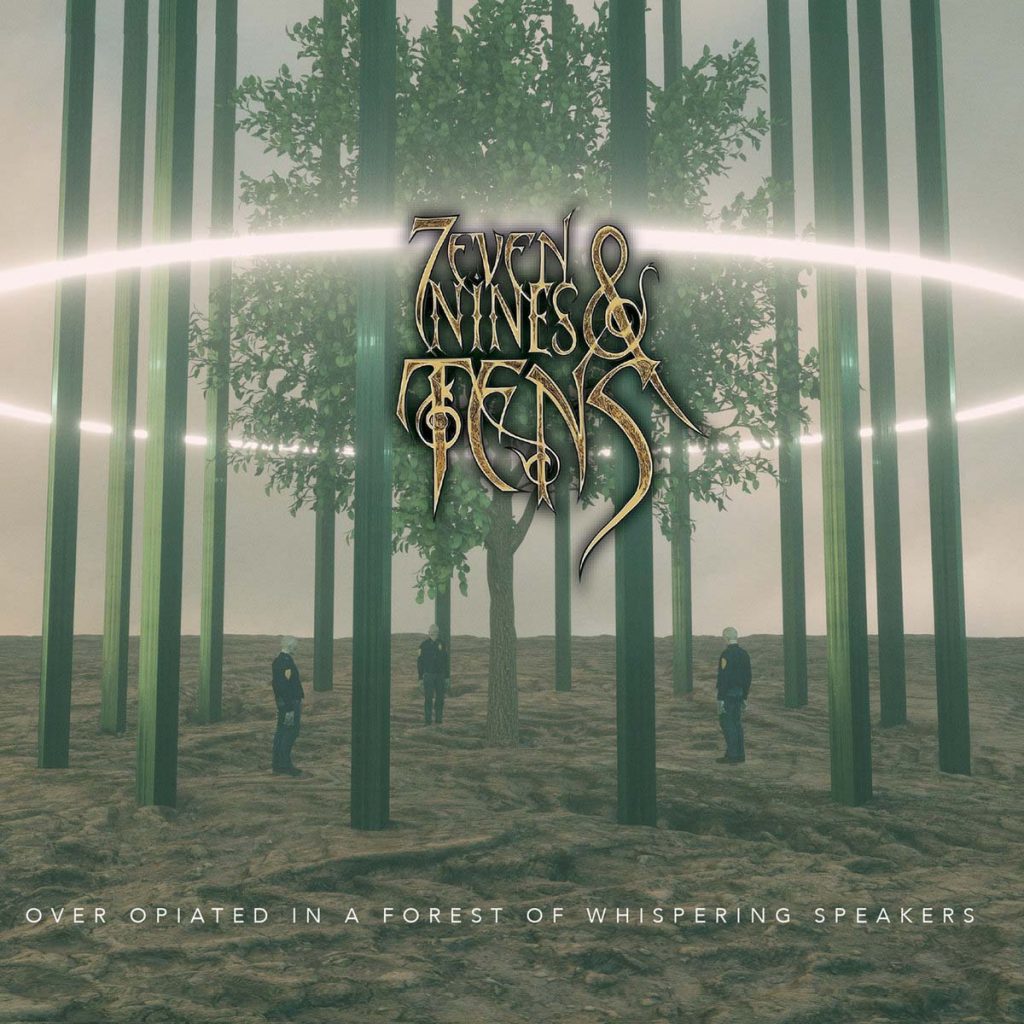 Tracklisting:
01. Popular Delusions
02. Throwing Rocks At Mediocrity
03. Midnight Marauders
04. Let’s Enjoy The Aimless Days While We Can
05. Edutainment
06. Fight For Your Right To Partial Relevance
07. Sunshine

Vancouver (BC) – Willowtip Records has released »Over Opiated In A Forest Of Whispering Speakers«, the new album from Seven Nines and Tens. Stream the album in its entirety at: sevenninesandtens.bandcamp.com.

“Seven Nines and Tens nails the perfect balance of riffs and atmosphere, of grit and serenity.” – Toilet ov Hell

“Absolutely brilliant. You can listen to the album in the background and it still sounds great, but when you immerse yourself in it with headphones in a dark room, it’s the perfect thing.” (4.5/5) – Metal Epidemic

“As challenging as it is, the overall appeal of such weirdness is what makes this a standout release of 2022. Even at this early stage, Seven Nine and Tends have set the bar very high.” (9/10) – Games, Brrraaains & A Head-Banging Life

“It’s post-metal in the sense that Seven Nines and Tens deliberately escape classification. When they do lean into muscularity, their riffs harken mathy noise rock.” – Invisible Oranges

“As complex, multi-faceted and heavy as it is melodic, focused and accessible.” The elements that contribute to that overall sound include pretty much any genre you can throw a post in front of. Thus post-hardcore, post-metal, and post-rock. Add in some jazz, some psych and some math, and you’re good to go. A pleasantly progressive melange of all these.” – The Progressive Aspect

“A monument of creativity and technicality.” – Rock’n Force

“Parts shoegaze, parts progressive metal, with nods to quite a varied bunch of influences ranging from Jesu to Intronaut, to Cave In, and Alcest. A gigantic and bass heavy sound, with at times thundering drums and guitars, but the beautifully layered clean vocal choirs take the aggressive edge off it.” – Weirdo Shrine

“Especially noteworthy are the harmonized vocals. They are pensive and emotive. The rugged instrumental work is also a key feature. A unique and charming offering within the annals of the overarching Rock genre.” – Metal-Temple

“The kind of thing capable of elevating your heart into your throat.” – No Clean Singing

“Powerful. A continuous transition of situations and personal instances of the band, where every time they feel that things are getting denser, they lower the resolutions and put clean effects or they decide to stop the musical density to give shine to more guitars, acoustics.” – Metallerium 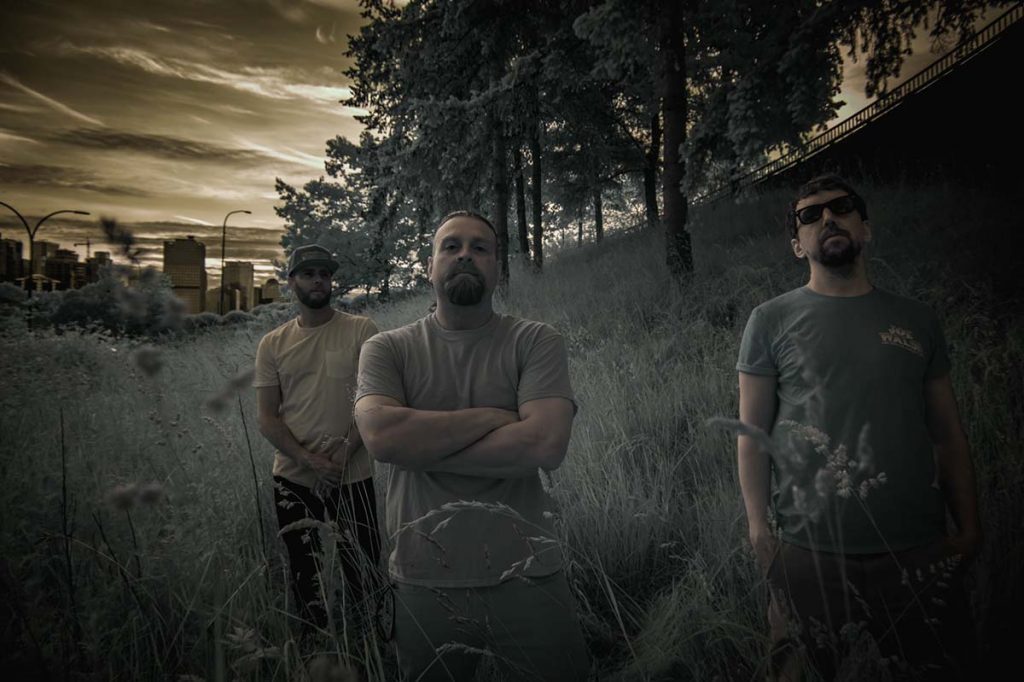 »Over Opiated In A Forest Of Whispering Speakers« marks the first time that band founder/songwriter David Cotton wrote lyrics/sang vocals on a Seven Nines and Tens record. The band was never intended to be instrumental and the addition of vocals coupled with the tightest set of songs of their career seems to have elevated the band’s sound to another level. In writing the record the band performed live with a ton of acts including Minus the Bear, Alcest, Pinkish Black, Nothing, Elder, Astronoid, Royal Thunder, and many others. The new album marks the arrival of the Seven Nines and Tens sound.

“Seven Nines and Tens are about to shake hands with an entirely new audience. The Vancouver-based post-whatever-you-got anti-genre purveyors have inked a deal to release their cumbersomely-titled third full-length – deep breath in – »Over Opiated In A Forest Of Whispering Speakers«, through Western Pennsylvania imprint Willowtip Records, who are more known for doling out grind and various other forms of extreme metal than heavy or experimentalist rock, but have always had an ear for the forward-thinking.” – The Obelisk

Seven Nines and Tens’ third album, »Over Opiated In A Forest Of Whispering Speakers«, is the follow-up to their 2012 debut album »Habitat 67«, sophomore album »Set The Controls For The Heart Of The Slums«, and 2019 career-spanning cassette boxset »Satisfy The Faction«. 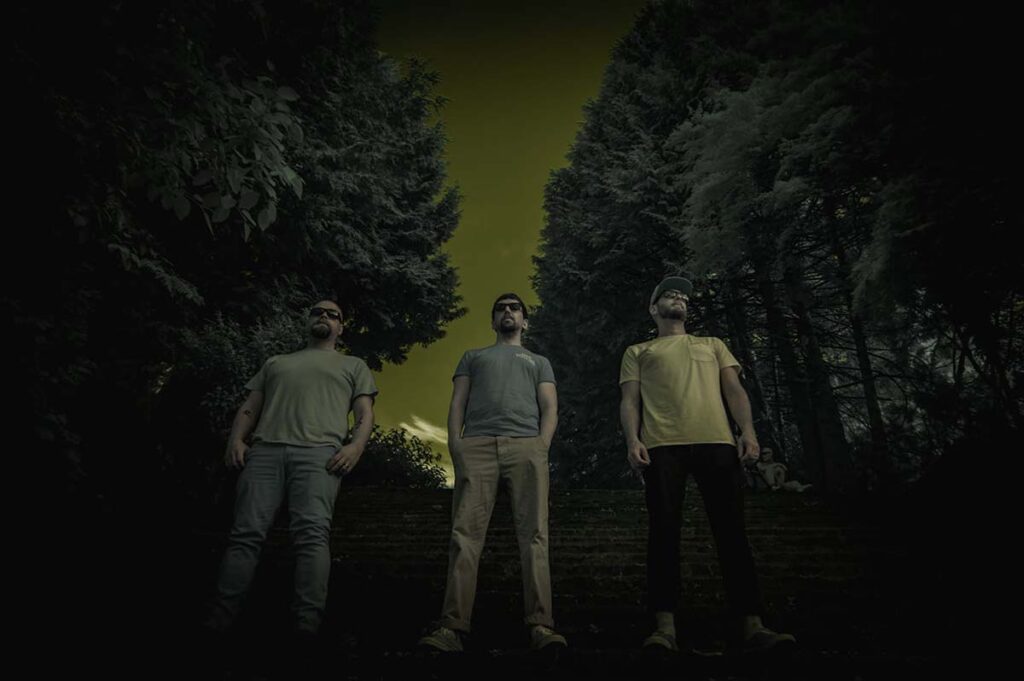 »Over Opiated In A Forest Of Whispering Speakers« was recorded at Raincity Recorders in Vancouver British Columbia (Canada).

The album was written by David Cotton (guitar/vocals).

The album was produced by David Cotton, Matt Roach, and Adam Vee.

The album was mixed and mastered by Adam Vee.

The album cover was designed by Ahmed Emad Eldin. Eldin’s most well-known work is the cover of the 2016 Pink Floyd Endless River album.

The Seven Nines and Tens logo was designed by Conrad Keely.

The layout for the record was done by Sage Davies.