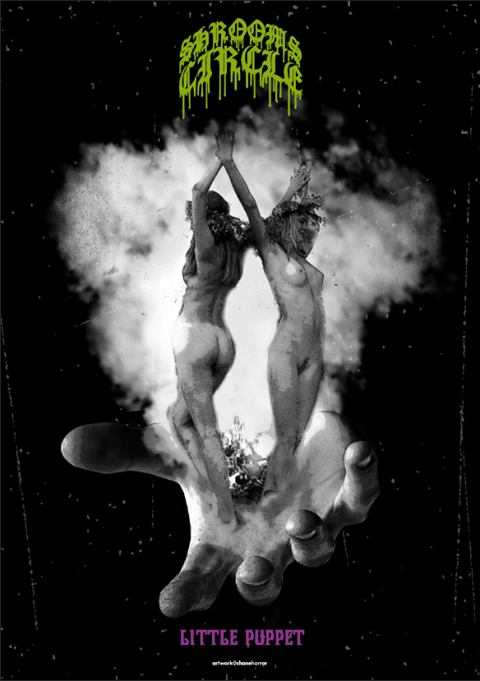 The band comments: “We are extremely excited to announce something extraordinary, namely the physical release of the EP »Little Puppet«, in the form of a Lathe Cut Record limited to 30 copies. This magnificent object will contain a restored version of »Little Puppet« as well as a special track, and will be accompanied by many surprises, including this splendid poster, designed by the talented Shane Horror who took care of the entire visual realization of this release. »Little Puppet« will be released on October 31 thanks to the courtesy of Mart Jones and The Lathe Cut House!”

Shrooms Cirlce is the remains of the occult 70’s through psychedelic roars of hallucinogenic doom metal.