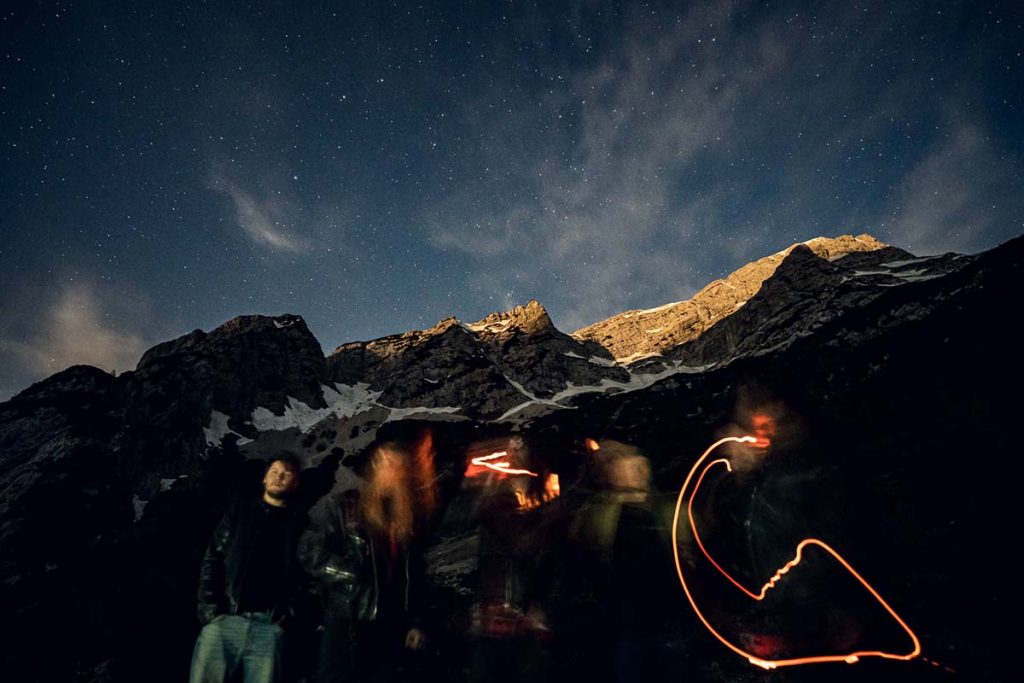 All music and lyrics by Siderean. Produced by Anže Čanžek, with mastering courtesy of Damian Herring at Subterranean Watchtower Studio.

At last here, bearing the evocative title »Lost On Void’s Horizon«, Siderean’s first full-length handily eclipses past, not-inconsiderable accomplishments – and then blasts off into new worlds unknown. For one, one could argue that »Lost On Void’s Horizon« is a deceptively beautiful listen – yes, beautiful – in that way that lucid dreams drip into nightmares; credit much of this superlative development to the lead-guitar work, which brings the spaciness and then some.

One could simply submit to Siderean’s cosmic flow and marvel at the wonders they so effortlessly unfurl, this time across six linked songs in an impossibly epic 41 minutes. Graced with suitably spacey cover art courtesy of Fernando JFL, »Lost On Void’s Horizon« marks the grand arrival of Siderean!