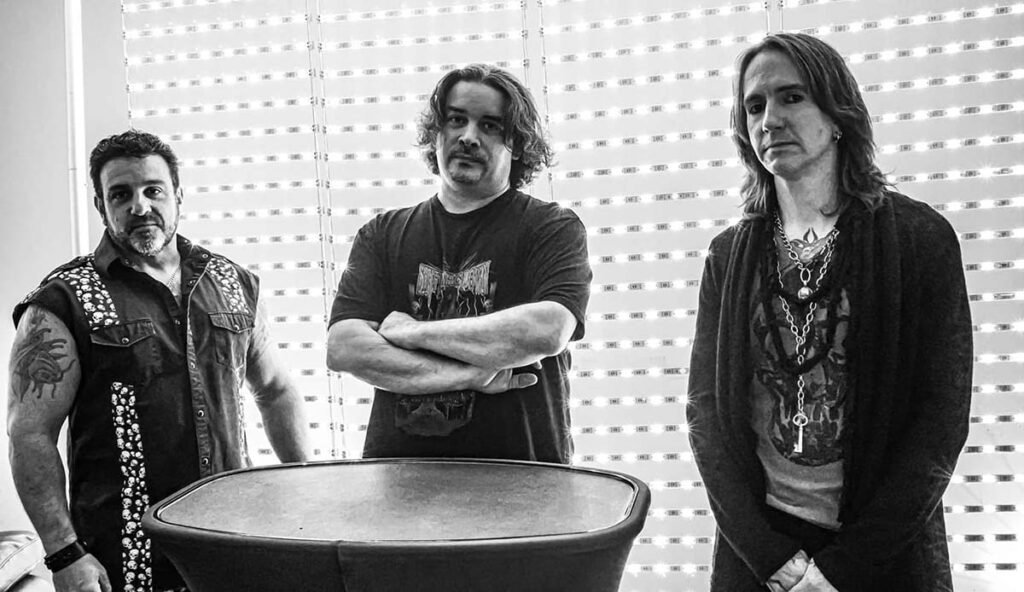 New Jersey alternative/grunge/hard rock act Sixty Miles Down share a music video for the new single »Gotta Get Out« taken from their upcoming EP, which will be released next year.

»Gotta Get Out« is available now on all major streamning platforms.

Says the band: “»Gotta Get Out« is our newest single that will be on the new EP coming out next year. This video was a lot of fun to make. Thanks to Marc Petrick for making it happen and also Kevin Reseter who was Marc’s right hand man.”

There simply is no other band out there on earth better suited to detail the menacing chaos of the world today than New Jersey’s own masters of mayhem in music, Sixty Miles Down. Currently hard at work on a brand-new EP for release next year, John Mosco (vocals, guitar, drums), Dave Crum (guitar), and Jay Brachman (bass), sound enormously epic & more relevant than ever before on their grim & groovy lead-single »Gotta Get Out« – a savage cut guaranteed to scorch its way up to the tops of every major online platform this fall in 2021.

Stocked & loaded with gritty chemistry & charisma, armed with intent, purpose, and a massive chip on their shoulders – Sixty Miles Down unapologetically takes aim at the verifiable lies surrounding us daily, propagated by our so-called leadership and mainstream media manipulators. From the all-out explosive dynamics in their musicianship, to their hypnotic harmonies, powerful lead vocals, and insightful lyricism – the new single »Gotta Get Out« is every bit of an indictment of our society as it is undeniably red hot entertainment. 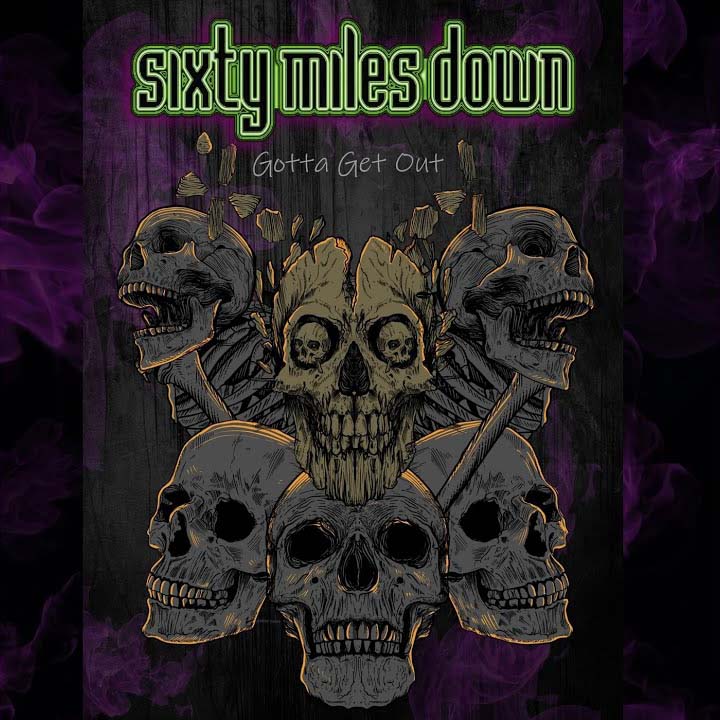 »Gotta Get Out« is a cautionary tale that brutally examines the right here and now, excoriating the truth that still exists within a world filled with twisted cynicism, endless gaslighting, and systemic malfunctions thrown into overdrive. Join Sixty Miles Down as they tear down the modern-day era of misinformation & misrepresentation in a sonic battle to bring light to the impending darkness that threatens to envelop the lost soul our planet and swallow us whole.