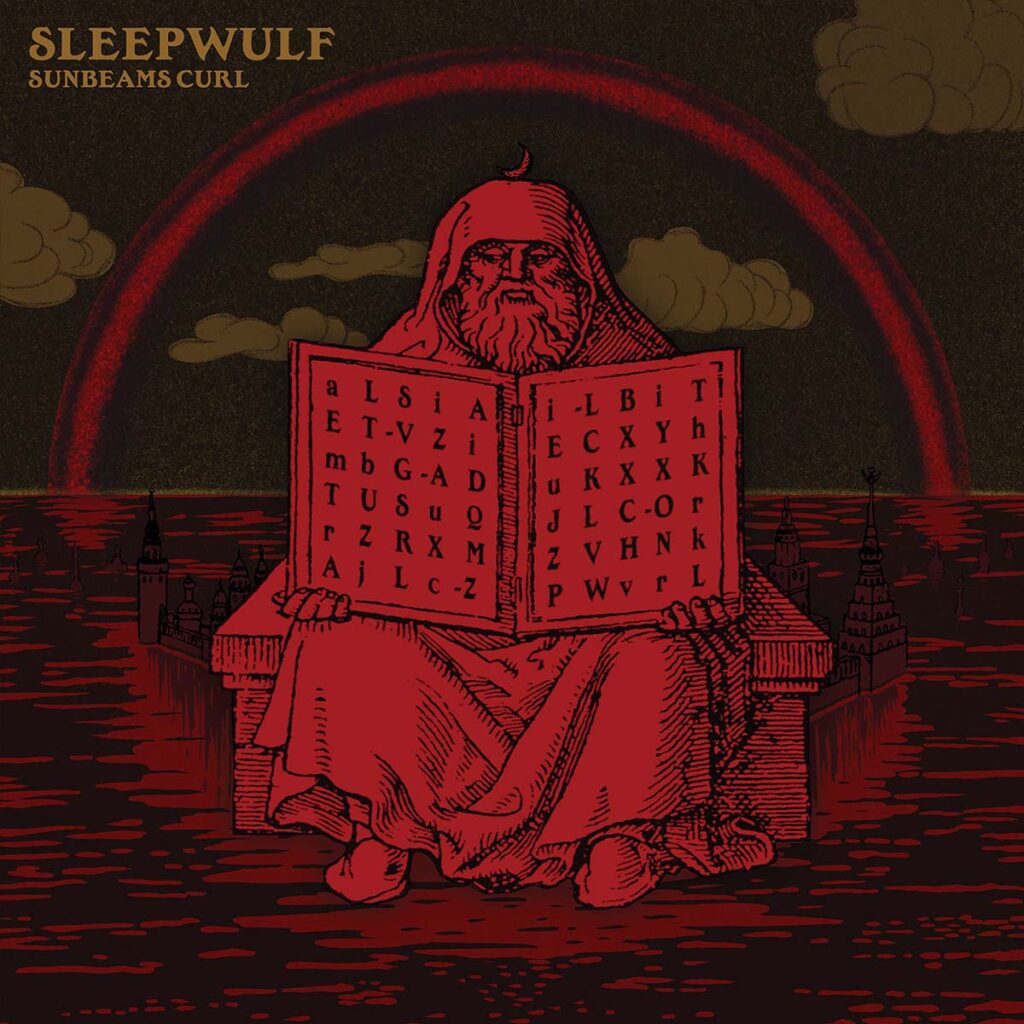 “Conceived by renowned psychonaut Terance Mckenna, the »Stoned Ape« theory is the idea that consuming psychedelic mushrooms kick-started the evolution of our ancient ancestor’s neural pathways. This song explores this concept and follows our outward journey from the tree into the universe.” says the band.

From mountain peak to valley deep, their sophomore album and Heavy Psych Sounds debut »Sunbeams Curl« is a journey that channels the sultry sounds of riff-rock and psych-infused proto-doom, enhanced by the warm organic texture of a live analog recording. Summoning maximum levels of fuzz, sordid tales and occultism, the Kristianstad foursome offers a heady sonic experience that will strongly appeal to fans of Pentagram, Uriah Heep, Witchcraft and Kadavar. Listen to previous singles »Satan Is King« and »Sex Magic Manifestation« at this location. 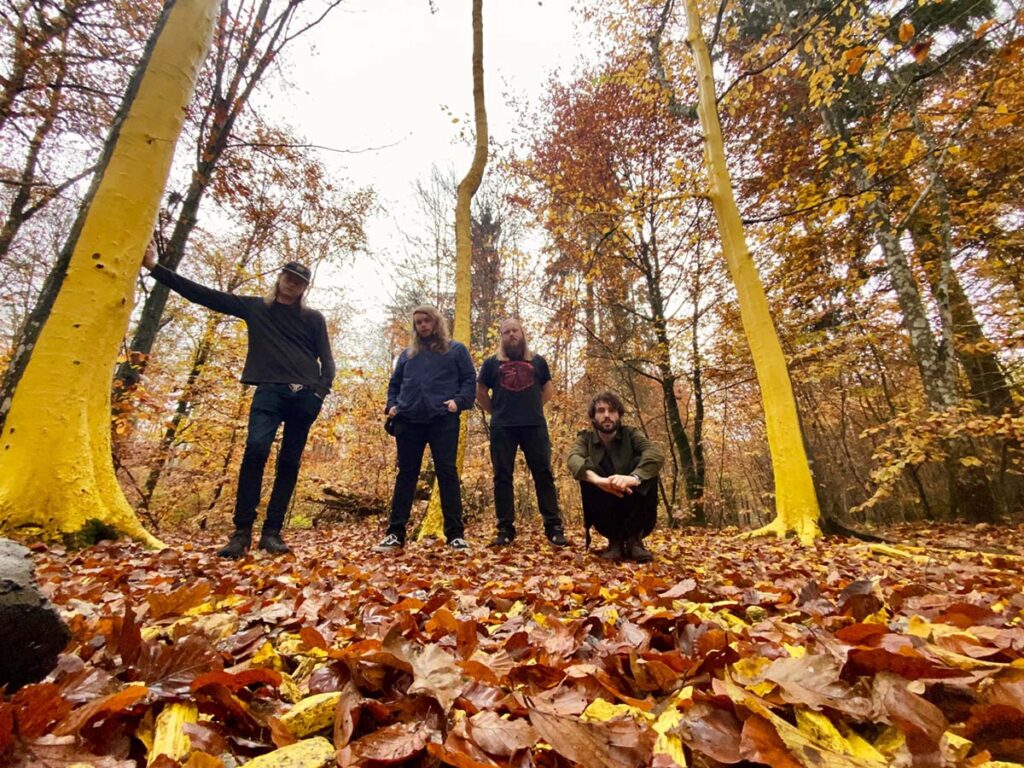 Sleepwulf are the new wizards on the block of stoner rock. Stemming the forests of Southern Sweden, they have channeled the sultry sounds of old with modern influences to create a heavy sound laden with psychedelic grooves. Fans of bands such as Witchcraft, Black Sabbath, as well as early Pentagram will find plenty to love here. After making waves with their self-released single »Lucifer’s Light« they were quickly signed to Cursed Tongue Records in early 2020. Their critically acclaimed debut album is a bonfire of riff-heavy music that is sure to set alight any crowd, and which reached #3 in the global Doom Charts. Sleepwulf has now signed with European fuzz behemoth Heavy Psych Sounds to unleash their highly anticipated second LP »Sunbeams Curl« in the winter of 2022, as well as the reissue of their self-titled debut album.

While Sleepwulf’s self-titled debut was about cycles, this one is about breaking them and their consequences. »Sunbeams Curl« delves further into the well of ancient mysticism, alchemy, and the occult. The underlying thread connecting it all is the power of words to manifest reality; in both the individual and the collective consciousness, extending to the album artwork, with hidden optics and codes. Deciphering these will reap their own rewards. »Sunbeams Curl« was recorded live in the band’s own woodland studio outside Kristianstad, Sweden. To capture a live organic sound everything was done live onto an old tape machine. This new album is both heavier and more dynamic, building upon every aspect of the last. This is an album with hidden secrets which will unravel in the not-too-distant future.