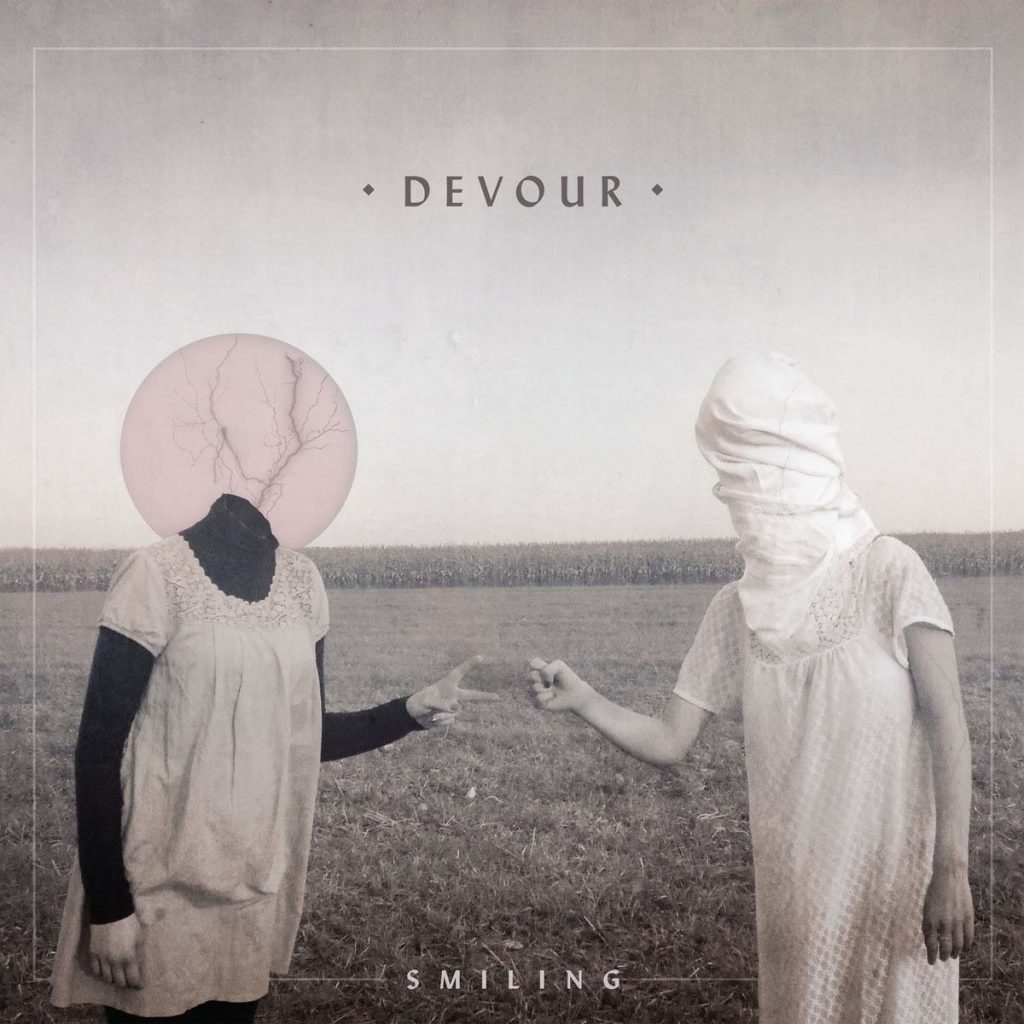 US shoegaze/psych rockers Smiling presents their summer-ready debut album, »Devour«, out on August 6, 2021 via Rebel Waves Records. The album is available now on vinyl, CD and digital.

“Colorful and at times poignant.” – The Big Takeover

“An enthralling and hypnotic work of neo-grunge pop.” – Impose Magazine

“A ragged guitar pop album that balances the sweet with the sour perfectly, sounding like the musical equivalent of teenage mischief.” – The Sleeping Shaman 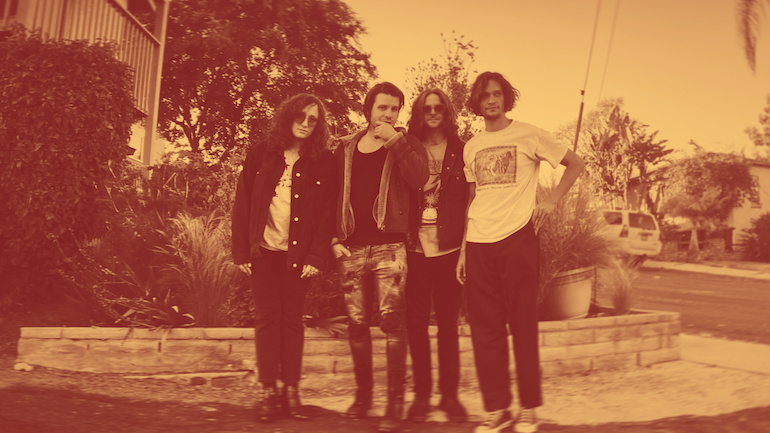 Recorded at the now-defunct Dock Studios in Sacramento, where Thee Oh Sees and Ty Segall undertook much of their output, »Devour« brims with warm psychedelic overtones, interleaved guitars and violins, Annie Shaw’s caressing layered vocals, sitting somewhere between the moody shoegaze intonations of My Bloody Valentine and the noisier impulse of Fugazi.

Smiling is the electric brainchild of guitarist, singer and songwriter Annie Shaw. From the mile-high city of Denver and now based in Los Angeles, after a detour to Haight Ashbury and San Francisco, the band started off in 2015 under the name of Annie Girl and the Flight and did several tours of the USA and Canada, including two tours supporting Against Me! Get a full grasp of Annie Shaw’s colorful universe, with Smiling’s latest videos »Lightouse« and »Forgetful Sam«.

Annie Shaw started playing piano at age three, guitar at ten, and founded her first band in second grade. Smiling started off in 2015 under the name of Annie Girl and the Flight and did several tours of the USA and Canada two tours opening for Against Me! In 2016, she headed into the studio with longtime cohort Josh Pollock on guitar and the rhythm section of Mark Nelson (bass) and Sonny Pearce (drums), with engineer and co-producer John Baccigaluppi (7 Seconds, Sea Of Bees, Little Wings). Then they recorded at the now-defunct Dock Studios in Sacramento, CA where Thee Oh Sees and Ty Segall tracked a lot of their output.

Baccigaluppi and Shaw then spent several months on fleshing out overdubs and vocals for the albums in a spaced-out series of shorter sessions at the famed Hyde Street studio D in San Francisco, CA where Creedence Clearwater tracked some of their classic songs and at Coyote Hearing in Oakland, CA where violinist and vocalist Sivan Lioncub (Everyone is Dirty) added a fifth layer of textures to several songs. The album was mixed by Joe Finocchio (Soft White Sixties, Country Club) at Panoramic House Studio in West Marin, CA.