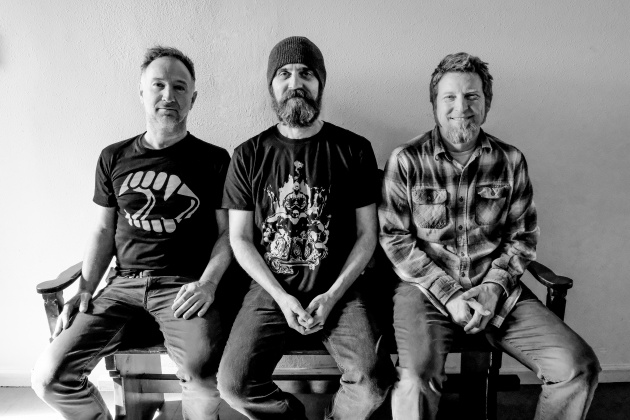 The upcoming album will also include single »Nothing Left For You«.

Six years since their last album, heavy psych prophets Snail have announced the worldwide signing with Argonauta Records for the release of a new and hotly-anticipated full-length studio album!

Entitled »Fractal Altar« and slated for a release in the Spring of 2021, Snail’s forthcoming, fifth record picks up where their last LP »Feral« left off – heavy, fuzzy melodic tunes with floating harmonies and lyrics that explore both inner and outer space. But this time, the band comes recharged and rejuvenated, enthusiastically triumphing over their dark side and reveling in their power trio roots.

Six years in gestation, recording for »Fractal Altar« led all three original Snail members Marty Dodson, Mark Johnson and Matt Lynch to convene the brotherhood to record their new album at All Welcome Records in Inglewood, CA. Since the members are spread out all over the West Coast ranging from Seattle to Los Angeles and San Diego, the proceedings took on the air of an astrological event. Snail in the studio is a celebration of both sonics and friendship, and after 30 years of playing together, it didn’t take long to lock in and feel the synergy ignite.

During the last year, the masters of heavy slowness have already shared a sneak peak of the fruits of their labors, but showcasing faster driving rhythms and Stooges-style leads with the track »Nothing Left For You«. Listen to the first album single right here:

“We are very excited to be working with Argonauta and feel honored to be a part of their amazing roster of talent.” Snail comments. “Their enthusiasm and dedication to realizing our vision for this release means so much to us and we can’t wait to deliver this new record to our fans all over the world.”

Dropping the needle on the LP’s opening track »Mission From God«, the listener gets a nod to the Blues Brothers, while the song turns the line on its head with a hard rocking tune about going “far out” to bring back the psych knowledge for the less experienced masses. After ranging from poppy jangle to fuzzy singalongs and Camaro rocking proto-metal, the record closes with the album’s title song, »Fractal Altar«, a nine minute sludge behemoth that will leave listeners renewed and satisfied that they sat down to commune with the elders.

Welcome back the kings of fuzz, and stay tuned for many more details and new tracks to follow in the weeks ahead!