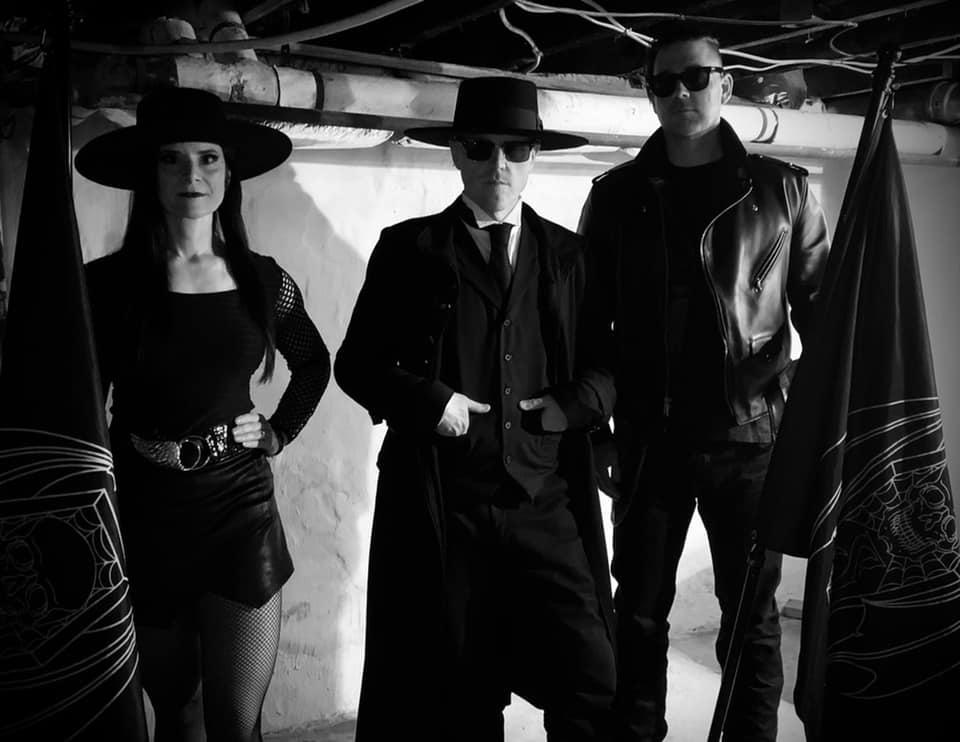 The band is by many the most exciting thing to happen to goth music in a decade, creating a revival with this old school goth vibe and modern twists. Brandon Pybus has a classic gothic rock image too, dressed in black with big brimmed hat, crucifix and shades but with the new touch, that of a catholic preacher.

“Firmly rooted in the goth rock tradition of bands like The Wake, Nosferatu, and Fields Of The Nephilim, Sonsombre evokes the sound and feel of the early 90’s second wave. Founding member, multi-instrumentalist and vocalist Brandon Pybus is a long-time veteran of the metal underground, with more than 12 releases to date with bands such as Lycanthropy, Eye Of The Sun, Suhgurim, Shield Breaker, and Wytch Goat. In 2016, with a desire to return to the melodic roots and sounds of the classic goth bands that shaped the genre, but with a nod to modern classics such as NFD, Sonsombre was conceptualized.

Several songs were recorded but not released. Then, in early 2018 the concept was resurrected and more songs were recorded. As the project took shape, »A Funeral For The Sun« emerged. In the hopes that this release would re-create the feelings and emotions listening to bands like Suspiria, The Sisters Of Mercy, Rosetta Stone, and the like, the decision was made to release the record independently and with no conception of how it would be received. Fortunately, the response was immediate and positive, with many DJs, podcasters, and goth rock fans from around the globe expressing their appreciation for the spirit and execution of »A Funeral For The Sun«.” ~ Post Gothic on Sonsombre’s debut

For fans of The Sisters Of Mercy, The Mission, Fields Of The Nephilim, The Cure, Christian Death