Sorrows Path have released 4 power-doom albums and are considered as one of the most well known Greek metal bands. When they were ready to record their fifth album, the co-founder and guitarist Kostas Salomidis decided to leave the band for musical reasons. 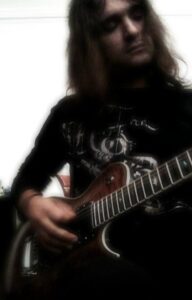 The famous Tomas Arfert (Candlemass, Krux) created the logo and he will also take care of all the artwork for the first album of the band. This will be titled »Doom Rules Eternally« and will be released next year. The recording of the album will take place at Fragile Studio with producer Vangelis Yalamas and will start late September.