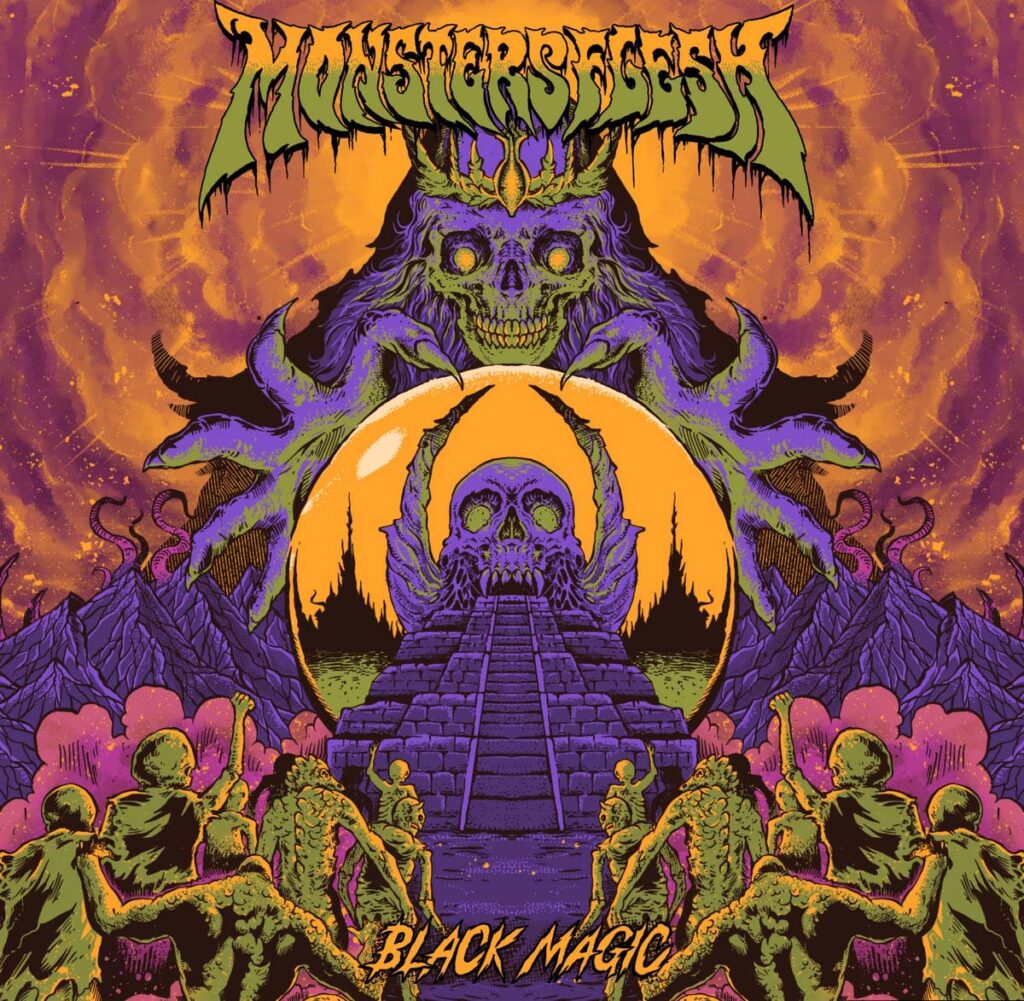 “»Black Magic« is the entrance to a swampy-doomed world in which different races and factions (vampires, witches, werewolves, the mighty monks of the Snake Order,…) that have been fighting eternally for control of the planet are suddenly forced to fight together against a common enemy, the Skeleton King. This evil non-death creature has been using black magic to open interdimensional portals and has managed to gather an army of monsters and zombies from different universes and will use its power to impose his hegemony.

This album has been inspired by a wide variety of underground doom metal artists discovered through the Bandcamp platform throughout the years 2019 to 2022 and, in a way, it has been conceived as a tribute to them all.

This album is dedicated to all the commercially unsuccessful doom/stoner/sludge metal artists that make us enjoy so much.” — Lord Charlie 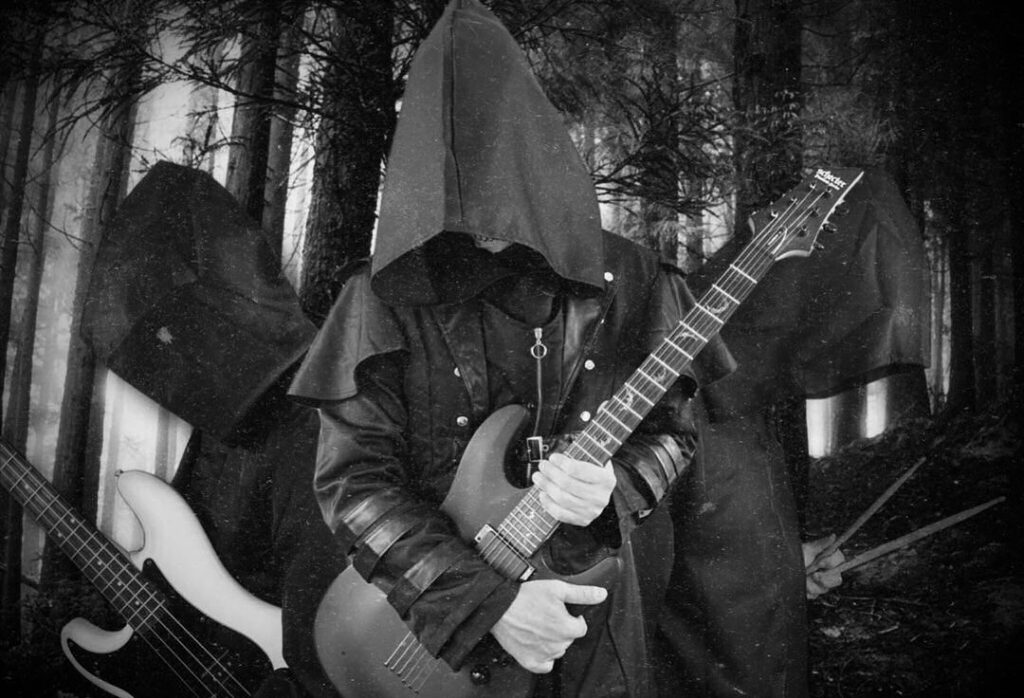 Recorded in Carcasa Studio between April and June 2022.
All songs composed by Lord Charlie and performed by Monsters Flesh.
Mixed and mastered by Hugo Ferrão at Studio Lote 71.
Album cover art and band logo by Cosmicbizzard.