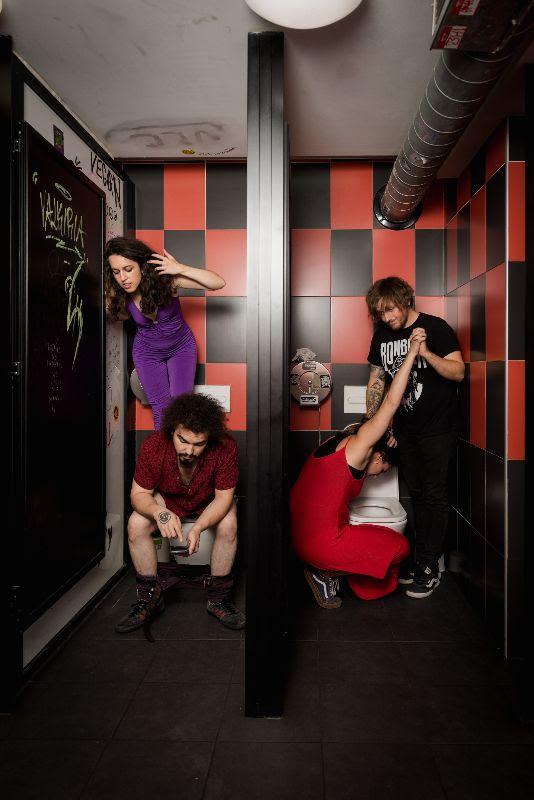 Madrid, Spain based hard/stoner rock band Hermana Furia share a music video for the new single »Noche en Vela« taken from their debut album, »Todo Mal«, which was released in 2021 and is available now on vinyl and on all major digital platforms!

This single, available on digital platforms starting November 24, drags down and engulfs in a story that sounds familiar to all of us, the dark and endless nights after which you “wake up eating soil”, as Nuria screams into the microphone in a song in which singer’s interpretation and her vocal skills shine. Pau C. Marcos’ bass and Tweety Capmany’s drums guide you through a labyrinthine groove that reminds of night walks around the city in search of the next bar.

All crowned by Edu Molina’s hypnotic riffs, which invites you to jump and shake your head until you lose control. And this is the magic of Hermana Furia, inviting us to listen, to dance, to be part of the lyrics, making it our own and leaving us wanting more and more.

All accompanied by using some of the band’s “live photos”, this time practically in the dark, illuminated with psychedelic hits that perfectly accompany the single, absorbing you in their vision of the night.

This video joins the previous singles from the album »Todo Mal« that will finish being published in winter 2022 on digital platforms. Together with the previous music from this LP that can already be heard in full on double vinyl since February 2022, the songs of Hermana Furia consolidate this quartet as a unique project and, above all, necessary for its message and musicality.

Limited edition double vinyl (200 copies) Side A and B on purple vinyl and C and D on red vinyl. Side C has an etching with the image of the band, the two discs come in a double folder where the lyrics of the songs that make up the album are printed.