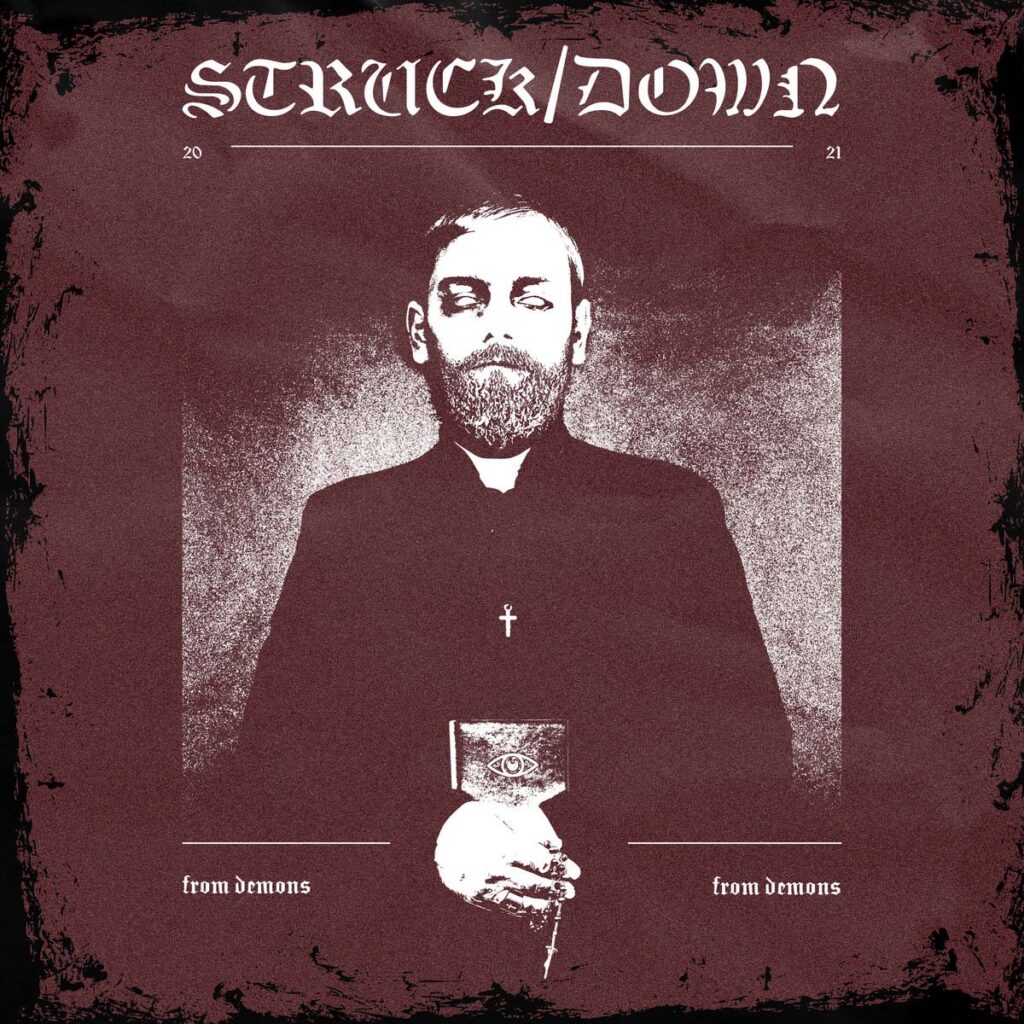 »From Demons« is available now on all major streaming platforms.

All music written by Struck/Down.
Produced by Stuart Day.

The band comments: “»From Demons« our new EP dropped last Friday! We are so proud of this release and can’t wait to hear what you guys think of our endeavour into Father Bernard’s tales.

This is an accumulation of our toughest year as a band with a global outage of music, heartache, loss, tradegy and frustration flowing into our songs giving us something positive to release into the world.

A new era of Struck/Down has been cemented. All we ask is you push with us as we grow. Stream it loud!”

Struck/Down are a 5 piece self described “groove/doom metal” band from Kent, heavily riff driven with a tight rhythm section and catchy vocal hooks. Every performance is visually and emotionally stimulating. Fronted by Linden “WookieBear” Twyman, with guitarists Will “The Wizard” Mason and Ian “Lancelot” Spurrett, bass fulfilled by Andy “Tornado” Dixon, and drums by Tommy “The Kid” Rogers, the band approach every gig like it might be their last, with the attitude of louder and faster is better. The band is never complacent, always writing and hungry for the next opportunity. 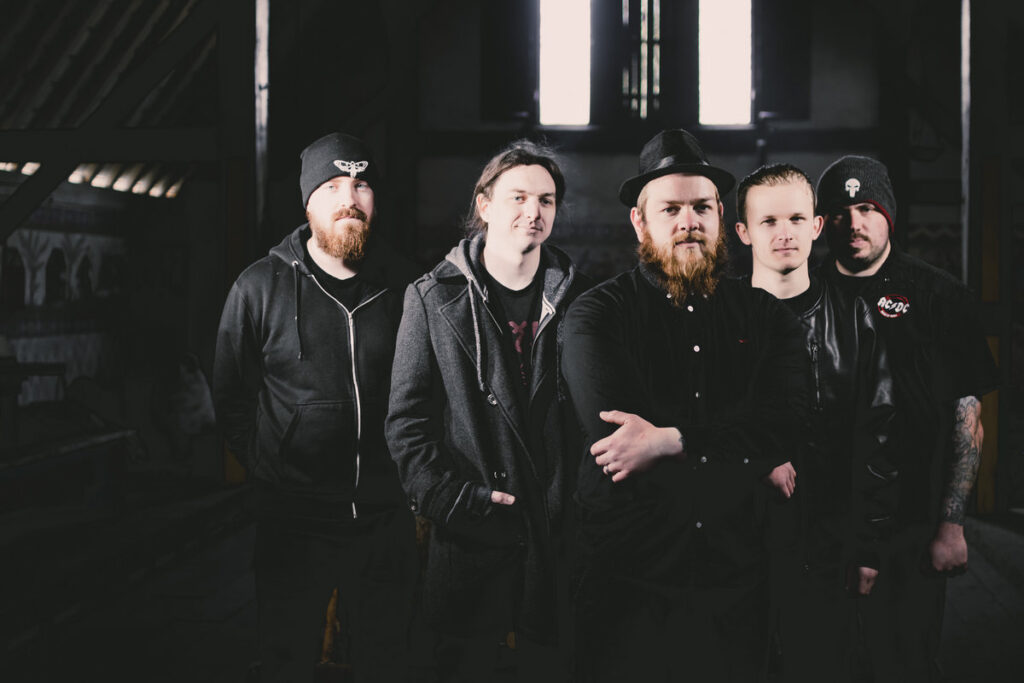 On the 30th of June 2019, after many months in the studio, Struck/Down released the single »Sinking« prior to the release of their debut album on 3rd August 2019. All these records can be found on Bandcamp.

2020 has seen the release of a new single and a new direction for Struck/Down in the name of »Wandering Child« and »Death Row« setting the scene on what’s to come and as 2021 hit the third episode of The Father Bernard story continues with »Charisman« and episode 4 »Shackle The Preacher«.