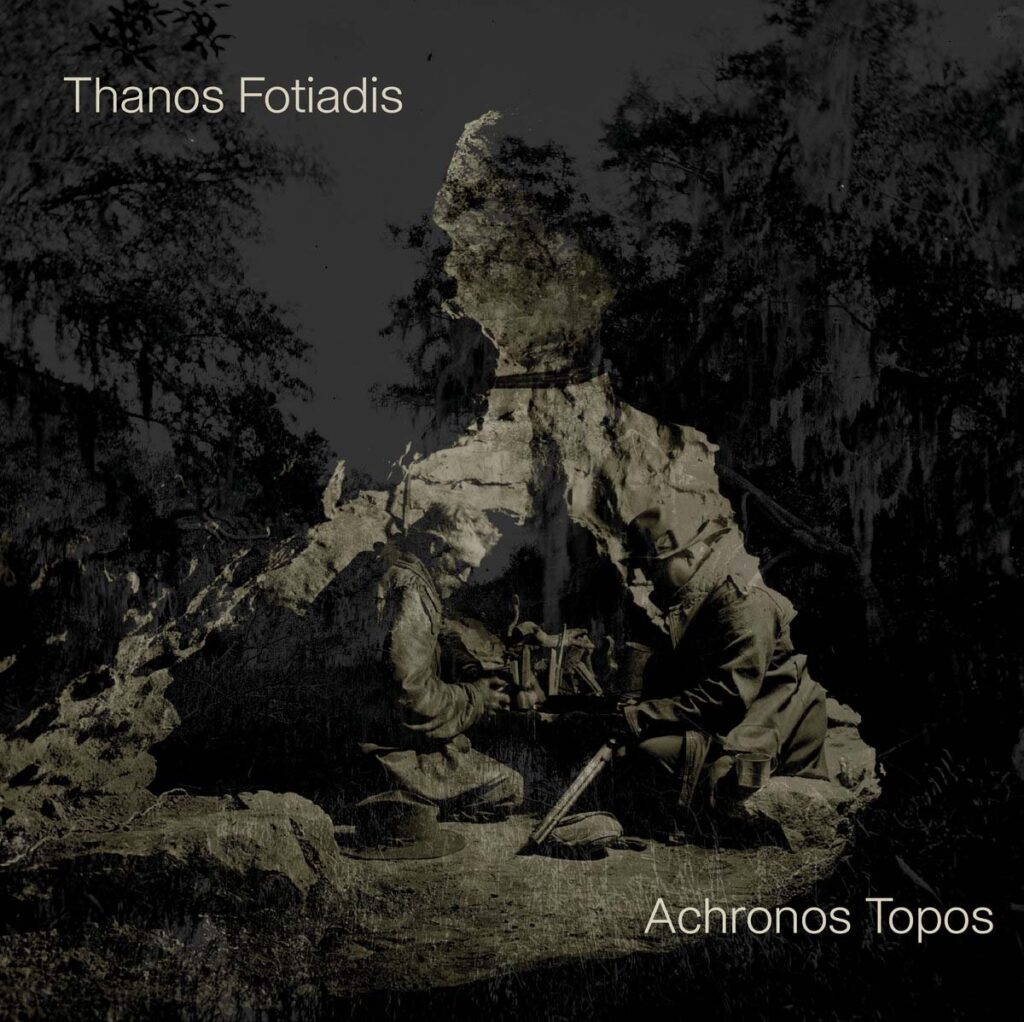 All music composed and performed by Thanos Fotiadis.
Recorded at Aomatos Studios in Utrecht, Netherlands.
Artwork by Decompression Graphics.

Utrecht based musician and composer Thanos Fotiadis describes his artistic identity as “existing between extremes, from heavy music to abstract ambient music, his goal is to create immersive and playful environments by sculpting silence”.

The music in »Achronos Topos« (meaning Timeless Place in Greek) does exactly that, uses silence as clay or a set of paints that is turned into a piece of art. An immersive experience where the repetition of the carefully chosen elements of each composition reveals a unique minimalist aesthetic that Fotiadis boldly arranges in three long form compositions named »Lullaby«, »Polis« and »Hope«.

»Lullaby« and »Polis« offer an almost ritualistic auditory experience with the vocalisations in »Lullaby« being reminiscent of Elisabeth Frazer, Diamanda Galas as well as vocalisations used in movie soundtracks like the recent sci-fi »Dune«. The subconscious connection to a movie taking place on a desert planet is perhaps not an accident, as the feeling that »Lullaby« gives listeners is one of traversing through such a space, quiet and empty but also spiritually powerful.

»Polis« (meaning city in Greek), explores silence and emptiness in a different setting than »Lullaby« did. Away from nature, between concrete and steel, a silence that never quite settles, slightly distorted sounds coming from afar, reflecting on walls, making it feel like someone or something is closer than expected. 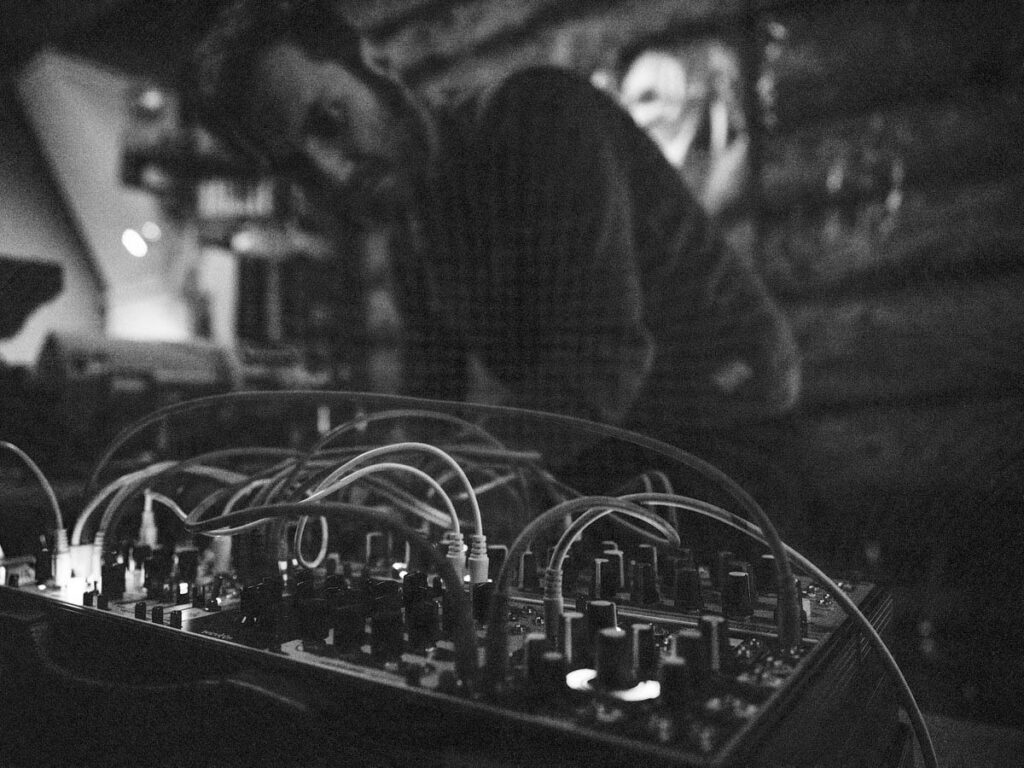 »Hope« is the closing track of the album and arguably the one closest to the tradition of ambient music. Soundscapes that fuse into each other, subtle theme changes in what feels as a sea of sound with its own currents and waves, facilitated by the expansive sounds chosen for this piece.

If there was a secular church, trying to connect us to otherworldly beings and states without any rules about how we should live our lives, then this might be its soundtrack.

Fotiadis manages to connect to the spiritual in a similar way that an abstract expressionist visual artist would; with a firm commitment to expressing emotions through abstraction. In a similar manner that paint is given no specific form, facilitating open interpretations of images outside known shapes, the notes used in »Achronos Topos« allow the listener to explore their own feelings and interpretations inspired by this release.

»Achronos Topos« is available on CD and digital download on our Bandcamp page: submersionrecords.bandcamp.com