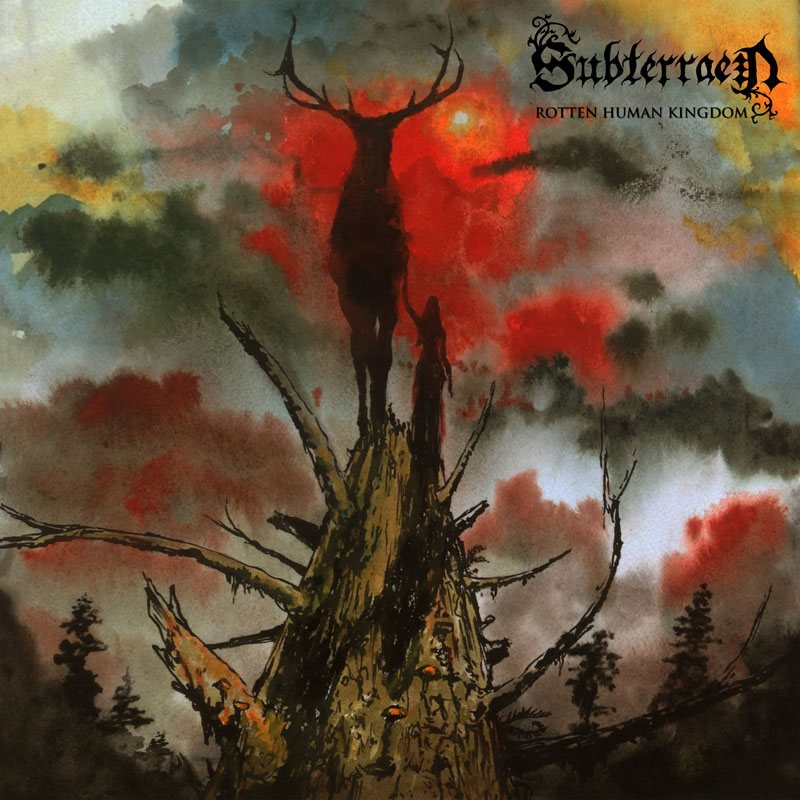 Tracklisting:
01. Blood For The Blood Gods
02. For A Fistful Of Silver
03. Oceans Are Rising
04. Wrath Of A Downtrodden Planet

French sludge/doom metal band Subterraen carry the torch of the style on the label, following the ponderous steps of the giants Eremit and Jupiterian. In comparison however, they add their own blackened grit and weighed down heaviness to the proceedings, crafting 10+ minute songs narrating epic, anguish-ridden tales of the slow destruction of the planet and sowing seeds of the inexorable vengeance of mother nature. The emotions are palpable not only in the harrowing cries of the vocalist but also from the palpitating, heaving music that functions as the body of this ancient beast. There is an honest rawness to it all and a dank, earthly vibe that resonates with the sandalwood fragrance emanating from the physical products, with a wooden, coffin-shaped box to go with it. From ashes to ashes, from dust to dust.