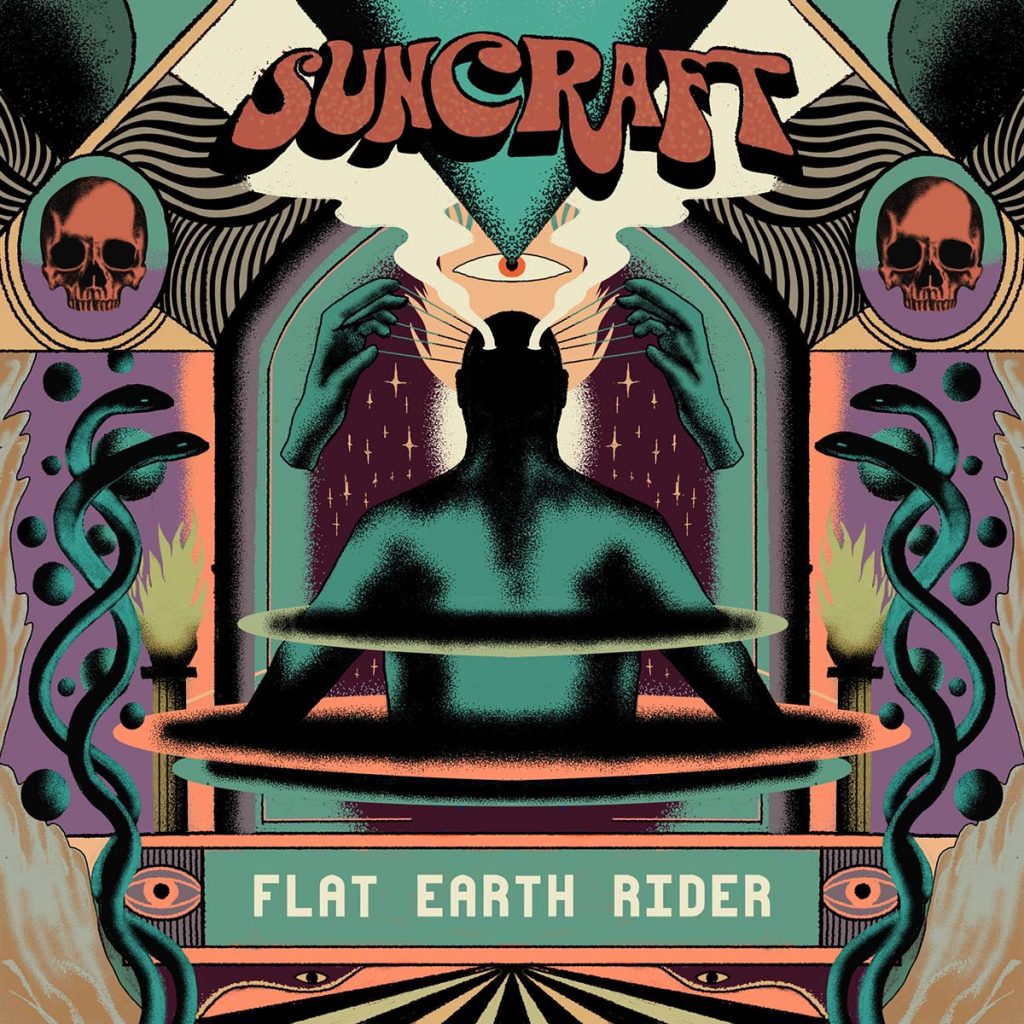 Produced, mixed and mastered by Ruben Willem (The Good The Bad and The Zugly, Okkultokrati, Djevel).

If you need a fix of riveting riffs, thumping grooves, luscious melodies and heavy, stoner-inspired rock n’ roll: Suncraft is just what you’re looking for. Let this quartet from the underground scene of Oslo, Norway seduce you. Let them bring you into their solipsistic realm of gloom – where the songs are playfully constructed and lyrically explore themes of greed and conspiracy.

Since late 2017, Suncraft have played their fair share of club shows in the nooks and crannies of Norway, honing the craft of playing explosively energetic concerts. After having released their 2019 EP, »Saigon«, the live-performances abruptly ended in March, 2020. Turning the blow of the pandemic into a positive, the boys put all their efforts into writing their debut album, »Flat Earth Rider«, which is now set for release in the summer. As soon as the world is safe enough, Suncraft will hit the road again and bring their unique flavour of rock n’ roll to a growing audience.

»Flat Earth Rider« is Suncraft’s debut album, written and recorded during 2020. The album is a collection of six unique tracks that show off the band’s wide array of songwriting prowess. They draw from diverse rock n’ roll influences, from the classic rock-inspired riff of the titular track, to the doomy chorus of »Commie Cannibals«, the spaced-out vocals on »Adaptation« and the blast beat-induced ten-minute closing track »Bridges to Nowhere«, this album is filled to the brim with genre-breaking tricks-up-the-sleeve. 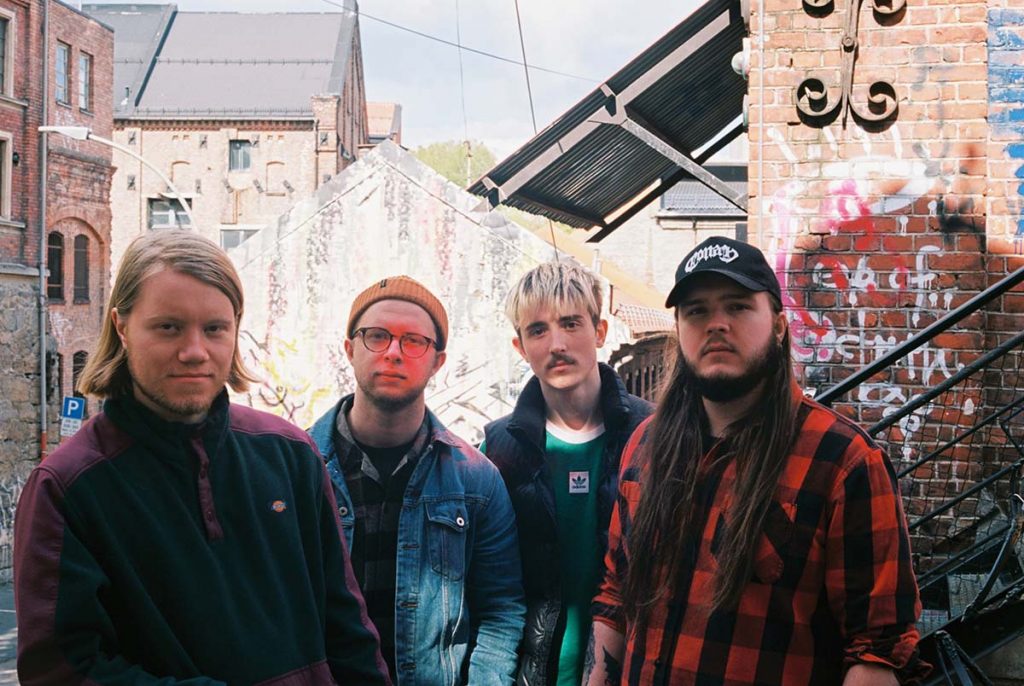 Lyrically, the album ponders on themes of greed, alienation, loneliness and spirituality, reflecting upon conundrums of contemporary life. One highlight in particular would be the song »Flat Earth Rider«, which paints a tragicomic picture of an imagined flat earther’s search for truth and meaning.

The album was live recorded with the full band, adding solos, vocals and extra goodies afterwards. This adds a liveliness to the flow of the songs, and an organic feel. Produced, mixed and mastered by Ruben Willem who has recorded Norwegian hard rock heavy hitters such as The Good The Bad and The Zugly, Okkultokrati and Djevel, the production is gnarly and lush as ever.