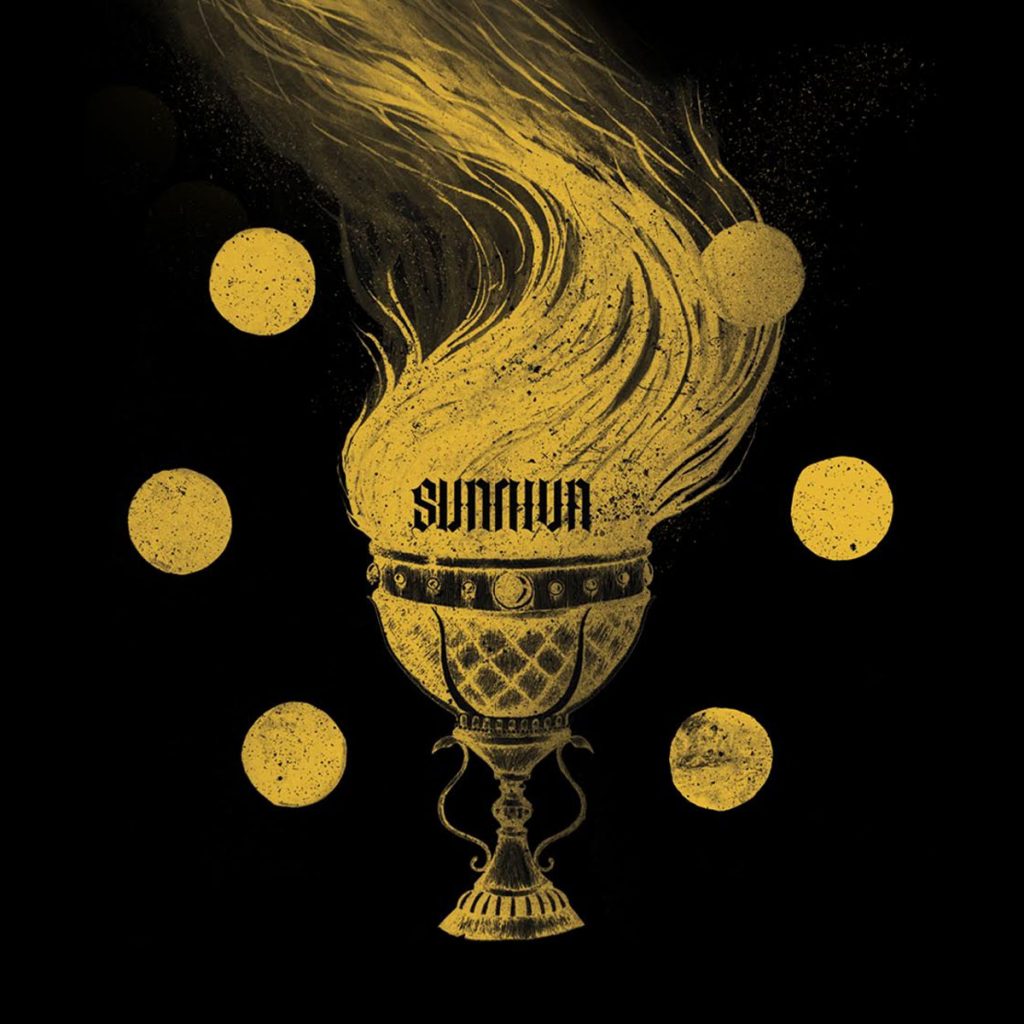 Tracklist:
01. Nine Of Swords
02. Rakhasa
03. Gazing Into The Serpents Eye

The band comments: “We have a drive to create music with a strong atmosphere, either through heavily distorted guitars or layered ambient passages. Our hope is to evolve this as much as possible and through it grow artistically. Our three song EP is a glimpse into our evolution as a band and also a slight preview on what our full-length album will be once we have finished writing it. We wanted to create a dream like ambience to the songs on the EP and make them sound like part of some sonic ritual. The theme on the EP is partly about our thirst for consuming and how it reflects on the spiritual self while also dealing with transformation, ridding oneself of material ties.”

Sunniva is a four piece downtuned and slow crushing metal band from Turku, Finland. The band was formed in 2016 when Oliver (vocals, guitar) and Jaakko (drums) decided to play heavy music together as they both had very similar tastes in music. The band has grown through the years with some line-up changes, but have relentlessly pushed forward their sonic mass. The name Sunniva derives from Sunngifu which translated is sunne, ‘sun’, and gifu, ‘gift’.

Sunniva describes their sound as raw sonic power fuelled by life’s low frequencies. Music could be categorized as death doom, sludge or post-metal in the vein of bands like Amenra, Neurosis, Dark Buddha Rising or YOB. They have released one EP called »The Holy Mountain« in 2017 and a 12-minute single »This Reality Only Speaks In Blood« in 2018. Both had a good reception from the metal community.

“The EP is themed around depression, consumer culture and transformation. We wanted the feel of the EP to be very ritualistic and primitive and heavy but also have some breathing time with some more ambient sections in the songs. The EP was recorded and mixed in 2019 at VR Studios by Ville Hentilä and mastered by Chris Fielding. We have also released a music video to accompany the final track »Gazing Into The Serpents Eye« and can be found on our Youtube channel. The video was filmed and edited by our vocalist/guitarlord Oliver.” adds the band.