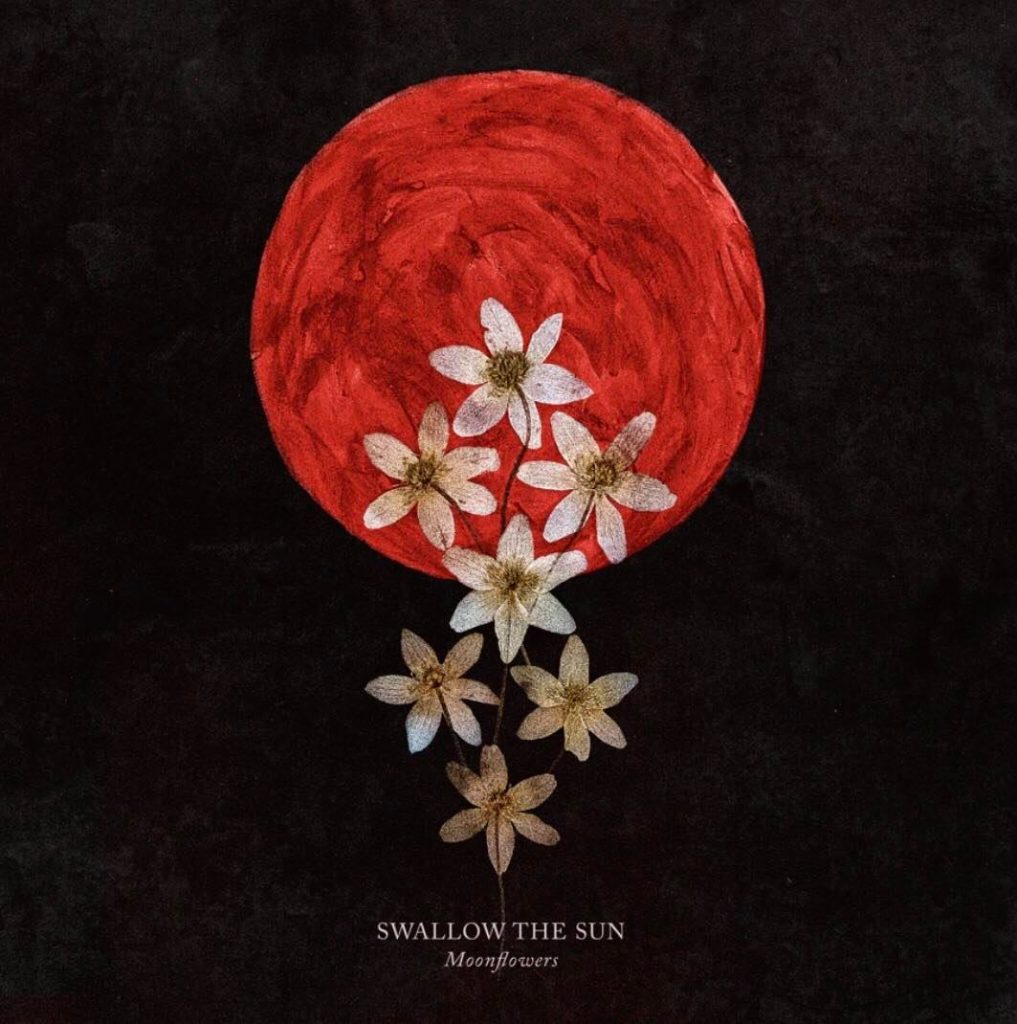 In all the silence, Finnish death doom masters, Swallow The Sun, have written, recorded and mixed a new album called »Moonflowers«. It is done and ready and will be released on November 19th, 2021.

Along with some of the album formats, there will also come a full bonus album featuring very special instrumental versions of all the regular album tracks. This instrumental album has been composed for strings and recorded at Sipoo Church in Finland. The strings were performed by the group called Trio NOX from Finland.

Starting today, all these instrumental songs will be launched as animated videos, which were created by Dronicon Films. One by one every week, leading up to the first single release of the main album.
Watch the first video »Moonflowers Bloom In Misery«:

Juha Raivio comments: “I know well that I should not say this, but I deeply hate this album. I hate where it takes me, how it makes me feel and what it stands for me personally. I wish it wouldn’t. But for all its honesty I got no option than also love it. That is all that matters to me with the music anyway and it doesn’t matter how it makes me feel, as long as it does. For me this album is like a mirror of a deep self-disappointment. Even I still want to believe that there is and could be more than this in me. But I don’t need or want to talk more about it. After all music means so different things to each one of us by how we have walked our own paths, and that is a beautiful thing about music. There is no right or wrong.

After I had finished writing all the music for this record in the fall of 2020 I started to write these small instrumental versions of the album songs for the violin, viola, cello and piano. Mostly because I was wondering how it would feel like to hear all these songs first as these intimate versions instead of a full band album. It was really beautiful to see and hear these songs come alive in this way and form, recorded live in this big church in Finland. To be able to hear the echoes of this music reflecting from the church walls and feel the very soul of these old wooden instruments played by real people in this sacred place. Something about hearing the strings breathe this fragile beauty into these songs that carry so much pain otherwise. Now looking back, maybe I wrote these versions just for myself to be able to hear and feel at least some kind of a beauty and solace in these songs, maybe…

I wanted to create the cover art of this album myself this time, so it would stand as brutally honest for me as the music is. So I painted the moon on the »Moonflowers« cover with my own blood and I decorated it with the flowers I picked up and dried on the spring of 2016. Maybe it isn’t the most outstanding looking piece of art ever made in this world, but for me it is everything. I wasn’t going to write any new music before I would have moved towards the right direction in my life, but finally all this music just forced itself out of me during the long nights of this hope crushing and neverending lockdown prison. Something grew out from that void eventually and writing these songs made me think a lot about moonflowers that bloom at the darkest hour of the night, so that name felt right to call the album also. All my love to you, take care.”

Raivio further states, “In other news, unfortunately our busy brother Jaani will step aside from the band at least for this new album cycle, but we are happy to tell that you can hear Jaani’s backing vocals on the new album anyway.”

Jaani Peuhu adds, “Sadly, Corona virus messed up everything including the release schedules of my bands. Both the Mercury Circle and Swallow The Sun albums are being released at the same time, making it impossible for me to tour with both bands. For this reason, I decided that it’d be better for me to solely focus on MC for this release cycle.

That being said, the upcoming Swallow The Sun album will be amazing, and I am so happy we could still do it together. I wish the best of luck to StS on their tour with it! See you in the audience!
LOVE, Jaani”