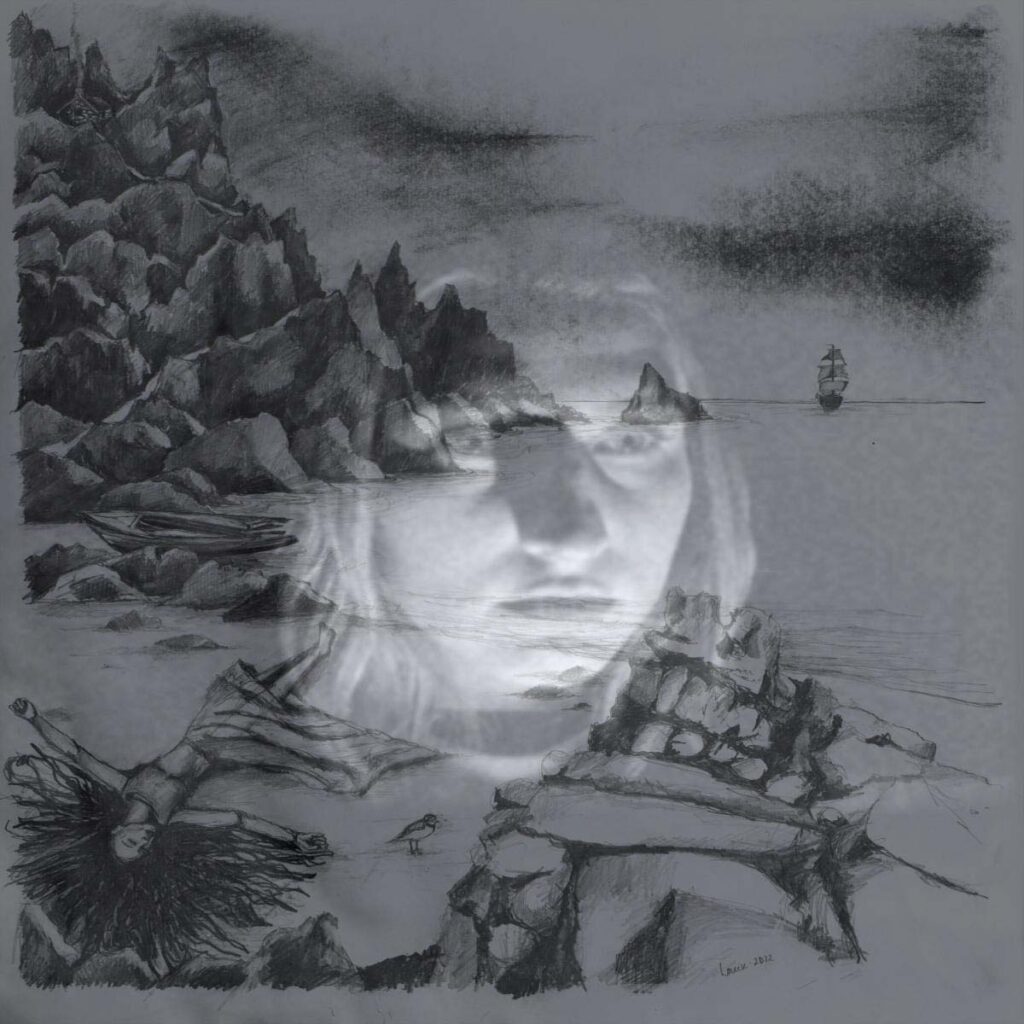 Swedish progressive doom metal band Dun Ringill premiere a music video for the first single and opening track »Awakening« taken from their double concept album, »Where The Old Gods Play Act 1 & 2«, set to release next fall and in early 2024 via The Sign Records.

»Awakening« is available now on all streaming services!

The Sign Records are happy to announce that Dun Ringill has joined the label for the release of their upcoming, double concept album »Where The Old Gods Play Act 1 & 2«.

Formed in 2017 by current and former members of various groups including The Order Of Israfel and Doomdogs, this Swedish six piece have developed their very own sound, where Nordic folk, doom and progressive metal meet mystical, storytelling lyrics.

Dun Ringill’s double concept album will be released as two separate albums during 2023 and 2024 respectively, and the first single »Awakening« is available on all streaming platforms November 11.

Dun Ringill on »Awakening«: “This opening song from our album starts off with the sound of the waves breaking against the shore with distant bagpipes being heard, before the heavy folky-doom takes the listener on a menacing dance between light and darkness. The bruised and scarred Lucia (the main character of this concept album), has just woken up on the seashore to start her unpredictable journey… 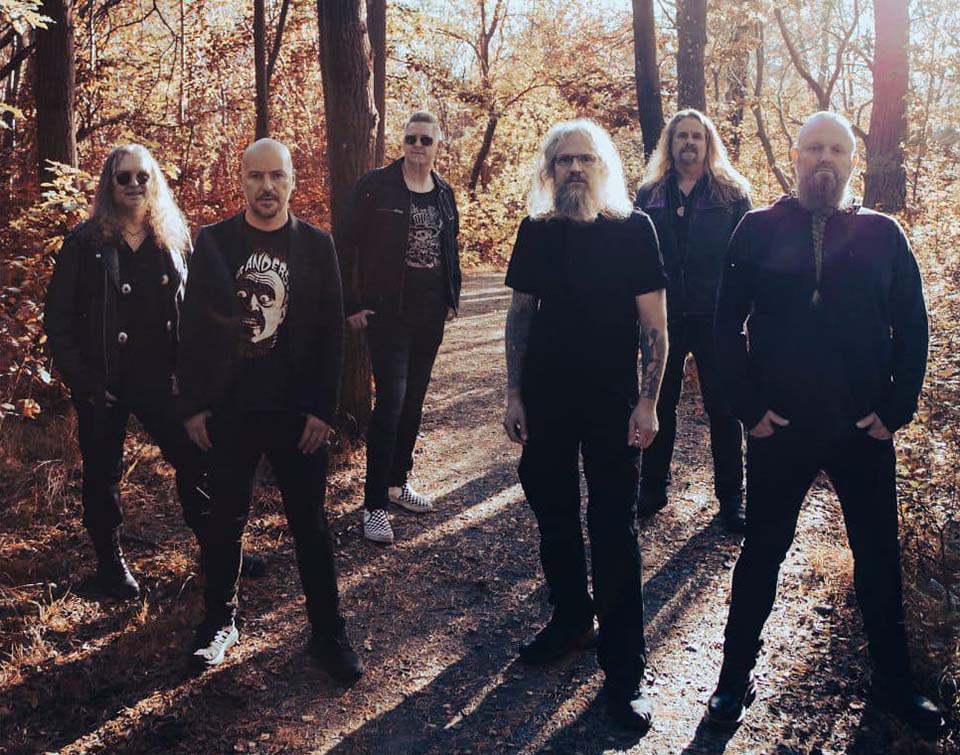 The storyline is set in 1904 on the Isle of Skye in Scotland where Lucia, with low self-esteem from her troubled past, meets a local church group which is led by a strong, charismatic and manipulative individual.

The music of the album carefully reflects the main story which unfolds. Behind the dramatic backdrop of the Scottish Highlands, we follow Lucia’s dark inner journey which will form her personality and mind, leading to her Awakening.”

Dun Ringill started in 2017 as a dark and doomy project with Nordic folk influences, creating music with big harmonies and presenting them with lyrics directly from the land of evil and darkness within the creative mind of bassist Winberg. This quickly evolved into becoming something much bigger and, before long, the unique musical recipe of Nordic folk, doom and progressive metal would be born.

When The Order Of Israfel took a one-year break from September 2017, the rhythm section of that band, Patrik Andersson Winberg (bass) and drummer Hans Lilja (also in Lotus) grabbed the chance to create new music again together with Patrik’s old band mate from the Doomdogs era, Tomas Eriksson (Intoxicate and ex-Grotesque). 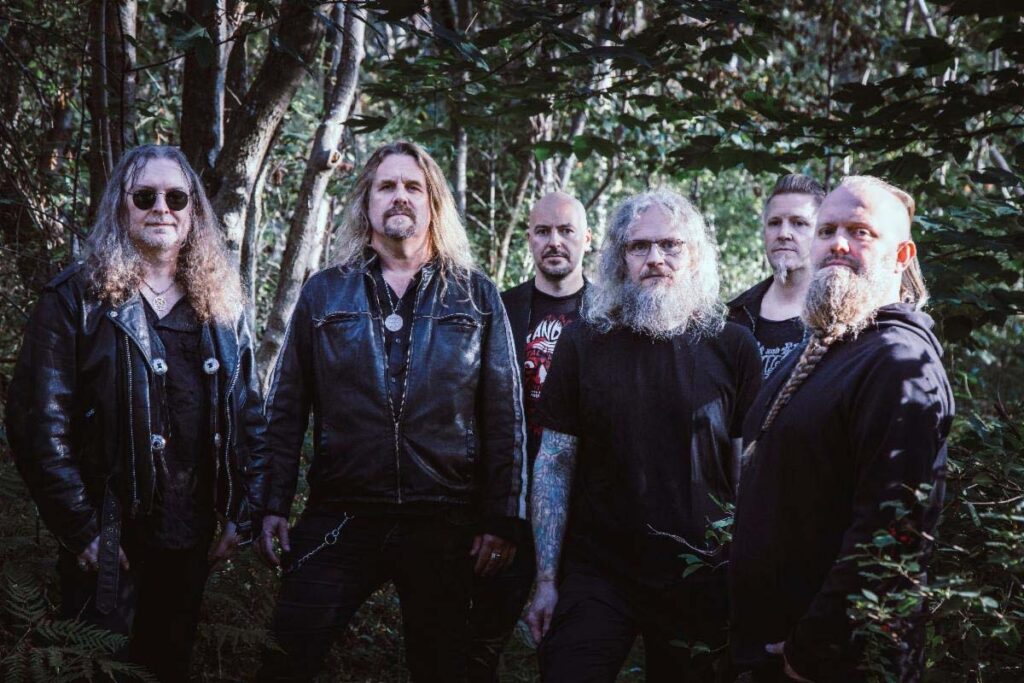 In Autumn 2020, a line-up reshuffle was made with experienced drummer Neil Grant joining the group after Hans Lilja left. This addition would prove to be influential in pushing their musically boundaries even further by not only adding a progressive oddity to the mix, but simultaneously delving even deeper into the folk and heavy doom and metal worlds which the band already use as their playground.

As a follow up their two highly acclaimed albums »Welcome« and »Library Of Death« (with average reviews of over 8/10 for both albums), the band toured with acts like Church Of Misery, Year Of The Goat and Elder they also played festivals like Headbangers Open Air and Gloomy Days to name just a few.

The release of their new album will be an adventurous double concept album, released as two single albums via The Sign Records, is based on a movie script written by Patrik Andersson Winberg (bassist and main songwriter in DR) and Jonas Granath (teacher in religion and literature). Contact has been made with movie producers who have shown great interest in the script thus far. More info to follow later this year. The story (based in Scotland in early 1900) centers around the manipulation of the church with a priest whose secret agenda only reveals itself at the end.