UFO Över Lappland from Umeå in the northern part of Sweden (also home to Cult Of Luna, The Spacious Mind, and Refused) are an instrumental kraut-rock band in the vein of Neu!, Amon Düül II, or early Kraftwerk, but with psychedelic overtones and some post-rock sensibilities.

»Spökraketer« is the follow up album to their self-titled debut that was re-issued in 2021 by Burnt Toast Vinyl. When UFO Över Lappland entered Parasit Studio (Gryssjön, Sweden) for their next recordings, the band had much more of a clear path to follow beyond the improvised jam sessions of their debut. This time the songs were written and arranged, but still not set in stone. During the recording process, UFO Över Lappland took those base ideas, but added new sounds and experimented with spontaneous ideas during the recording sessions. The results are tighter and more focused, but the recordings are played live in the studio, maintaining a fluidity.

As with everyone else in the music industry, UFO Över Lappland have been affected by the pandemic, and pulling this record together has taken time with long production queues, but both Burnt Toast Vinyl and the band are very happy to release »Spökraketer« and share these tracks with all of you! 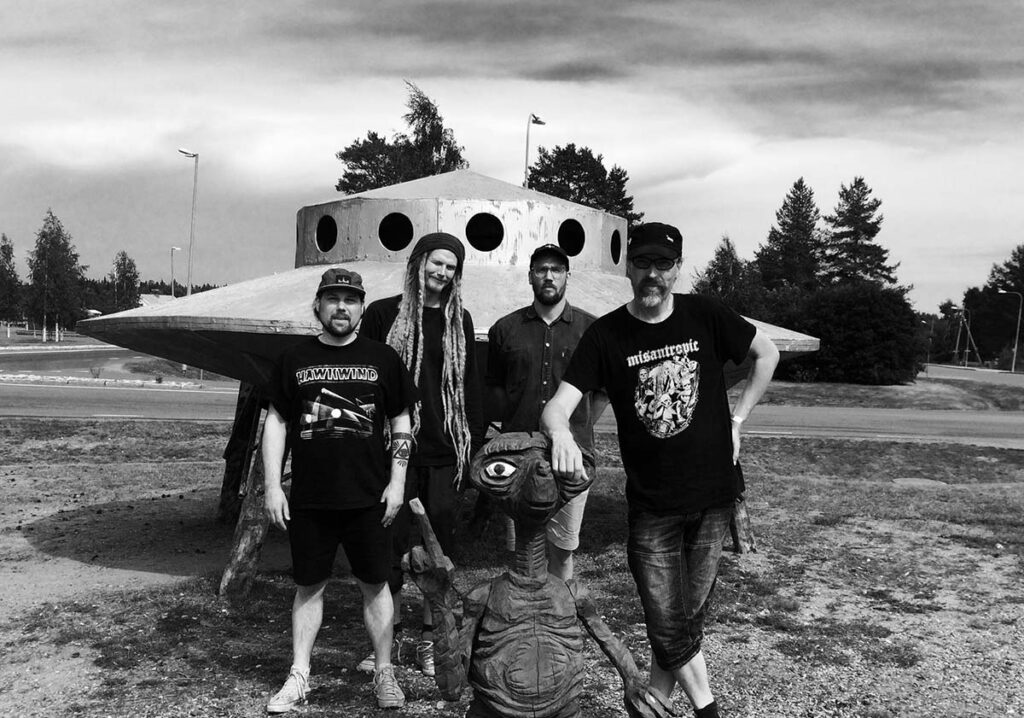 The title »Spökraketer« (Ghost Rockets) refers to unknown flying objects observed in various sightings in northern Sweden during the 1940s. A full explanation to these observations has never been given, but declassified US Air Force documentation quotes the Swedish Air Intelligence Service that “these phenomena are obviously the result of a high technical skill which cannot be credited to any presently known culture on earth.” UFO Över Lappland, indeed!

Thomas Christensen is a photographer living in Greenland and UFO Över Lappland collaborated with him for appropriate photos of the Aurora Borealis to use for the album artwork.

Frederik Lyxzén from Parasit Studio mixed the album. The audio was mastered by Grammy winning engineer Stephen Roessner (Calibrated Sound, Saxon Shore) and was cut to lacquers by Bob Weston at his Chicago Mastering Service. The LPs are pressed on high quality green/smoke swirled vinyl from Gotta Groove in Cleveland.

Get your copy here: burnttoastvinyl.bandcamp.com