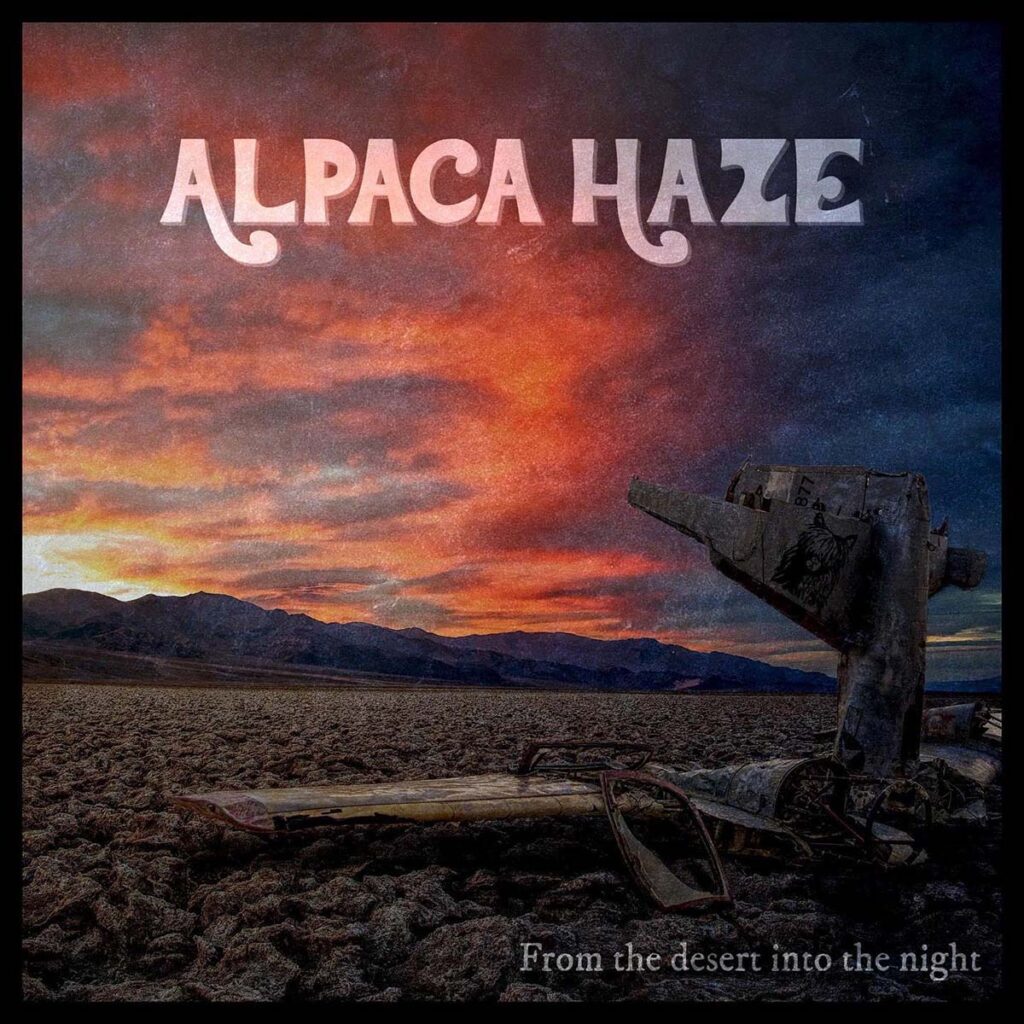 Skåne, Sweden based stoner/desert rock band Alpaca Haze stream their new full-length album, »From The Desert Into The Night«, which was just released on November 4th, 2022 via Stone Dead Records.

The band was founded after the two friends got inspiration from the Brant Bjork concert at the venue Kulturbolaget, Malmö in late 2018. Anton Sabah Ryberg and Mattias Fabricius both like the American stoner/desert rock genre and bands such as Kyuss, Fu Manchu, The Doors and was exited to see what what they can create together.

About »From The Desert Into The Night«:

With a mix of brand new material alongside the previously released, but re-recorded, songs, Alpaca Haze presents an album that is their strongest so far. With a fresh breath of creativity, inspiration and musical lust, this album takes you on a journey through well written, well produced and skilfully played music that leaves room for emotion and interpretation.

Alpaca Haze has managed to evolve without changing, and as a trio they deliver a musical experience which feels passionate and honest.

The previously released material has been re-recorded and gained a whole new life together with new, strong and very well produced songs that once and for all cement the trademark sound of this trio. Guitar mats colored by different harmonies and an intense feeling, a melodic bass playing that contributes to both the bottom and the highlights, and lyrics containing a depth that is presented with a convincing sincerity! This record feels elaborate and honest, and you find yourself caught up in the atmosphere and soon find yourself in the world of Alpaca Haze for a while! And you are welcome to stay!