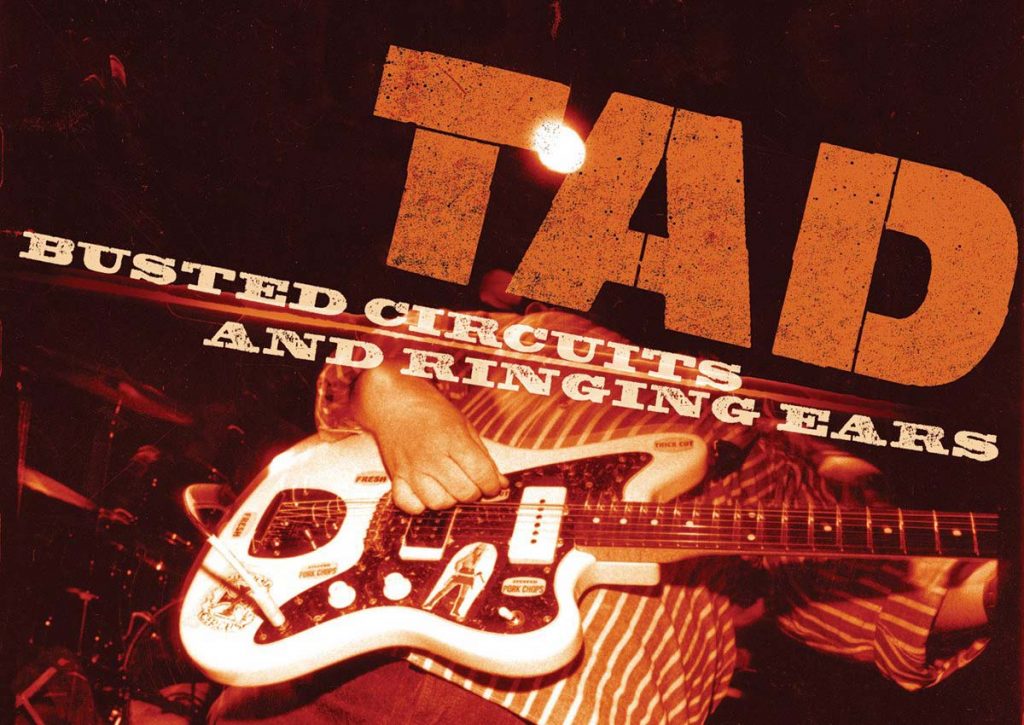 »Busted Circuits and Ringing Ears« is a documentary detailing the rise and fall of Seattle grunge legends TAD. It chronicles the band’s ascent to become one of the most crucial bands of the grunge era, and delves into the legal troubles that embroiled the band’s key members before its eventual disintegration. It’s an intriguing and tragic story of what could have been. The hour-and-a-half documentary was produced by Ryan Short and Adam Pease and contains archival footage that spans the band’s entire career, from the club days to the arenas. Interviews with nearly all of TAD’s members past and present (save for guitarist Gary Thorstensen is a no-show) snag the spotlight, while the documentary also pulls from insightful interviews from some of Seattle’s most respected musicians, including Krist Novoselic (Nirvana), Chad Channing (Nirvana), Kim Thayil (Soundgarden), Mark Arm (Mudhoney), Mark Felchtone (Zeke), and many others.

Get the inside scoop on everything from toe controversy over the cover art for »8-Way Santa« and »Jack Pepsi« to the making of their classic »God’s Balls« album and Eurpoean tour with Nirvana, and keep an eye out for the »Wood Goblins« video, which was banned by MTV for being “too ugly”.