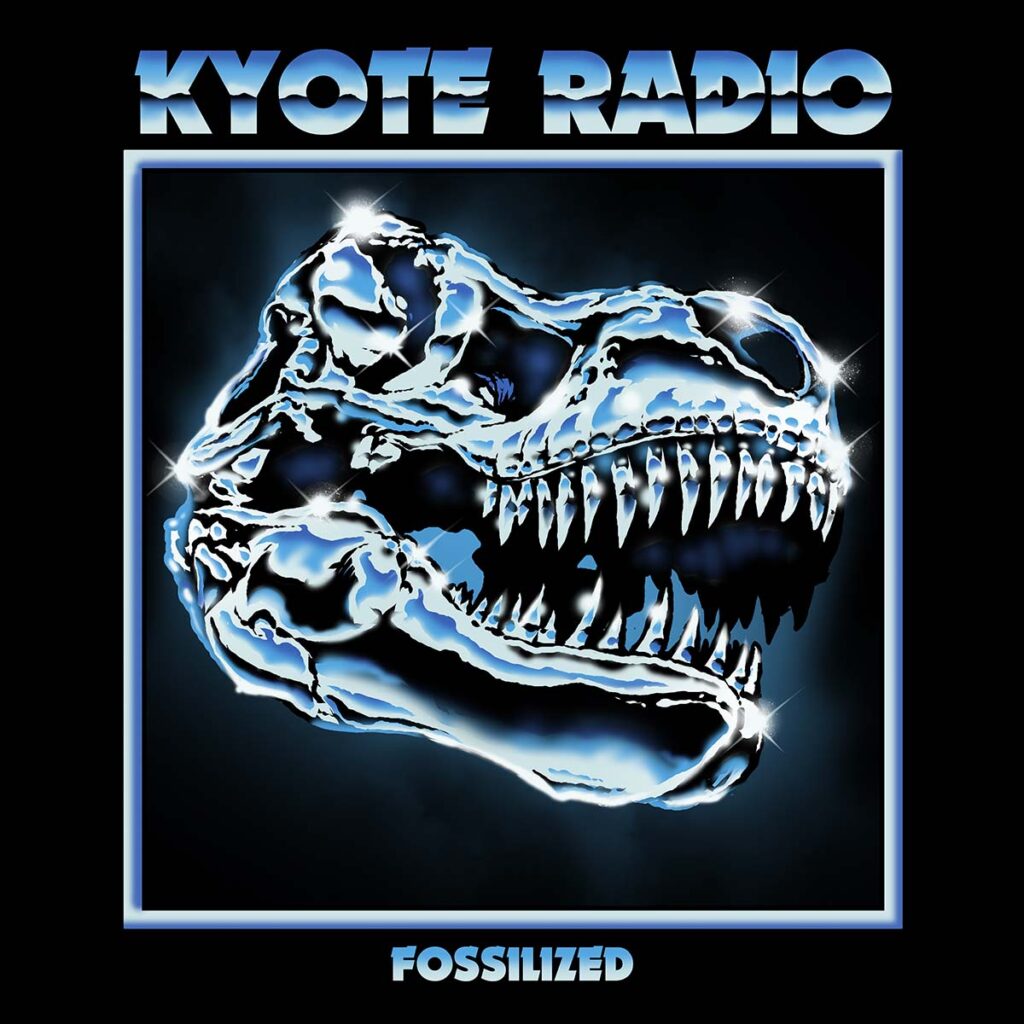 Austin, Texas based heavy garage rockers Kyote Radio are excited to announce the upcoming release of their new single »Fossilized« – which will arrive on streaming platforms on October 19th, 2022.

»Fossilized« was recorded and produced by Chris “Frenchie” Smith at The Bubble Studios in Austin in the summer of 2022 and features Kyote Radio’s current lineup of Micah Paredes on lead vocals and electric guitar, Nick Smith on vocals and bass, and Wesley Riddle on drums. This single is an updated take on a fan favorite that was previously released on the band’s 2018 EP, »Mouth Of The Cave«, with this new version highlighting the strengths of the group’s current lineup and the relationship that band and producer have developed over the course of several projects. 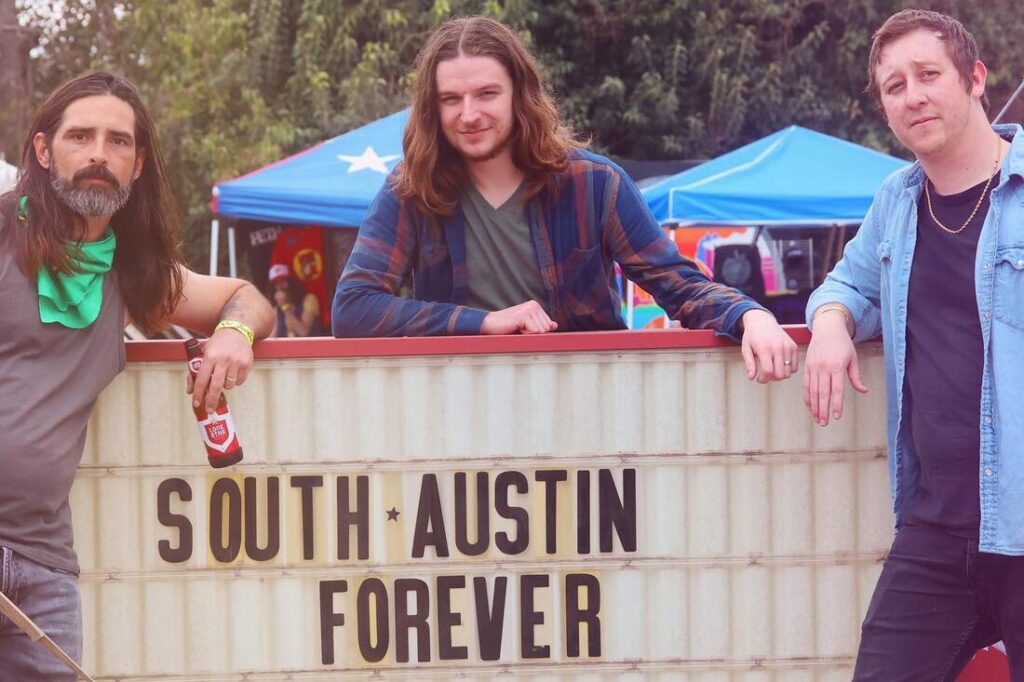 »Fossilized« features Frenchie and Kyote Radio truly firing on all cylinders. The band delivers their hard hitting, stoner rock ode to social despondency with full-tilt abandon and Frenchie makes sure that these riffs are blasting the doors off at every opportunity. The result is a fuzz heavy, all American anthem for getting high on your couch and disappearing under the weight of like existence, man.

»Fossilized« will arrive on streaming services October 19th, 2022 and will be accompanied by a live performance visual, filmed by Victor Kulagin at The Hole In The Wall in Austin, TX.

Additional art for the release was provided by Steven Yoyada.