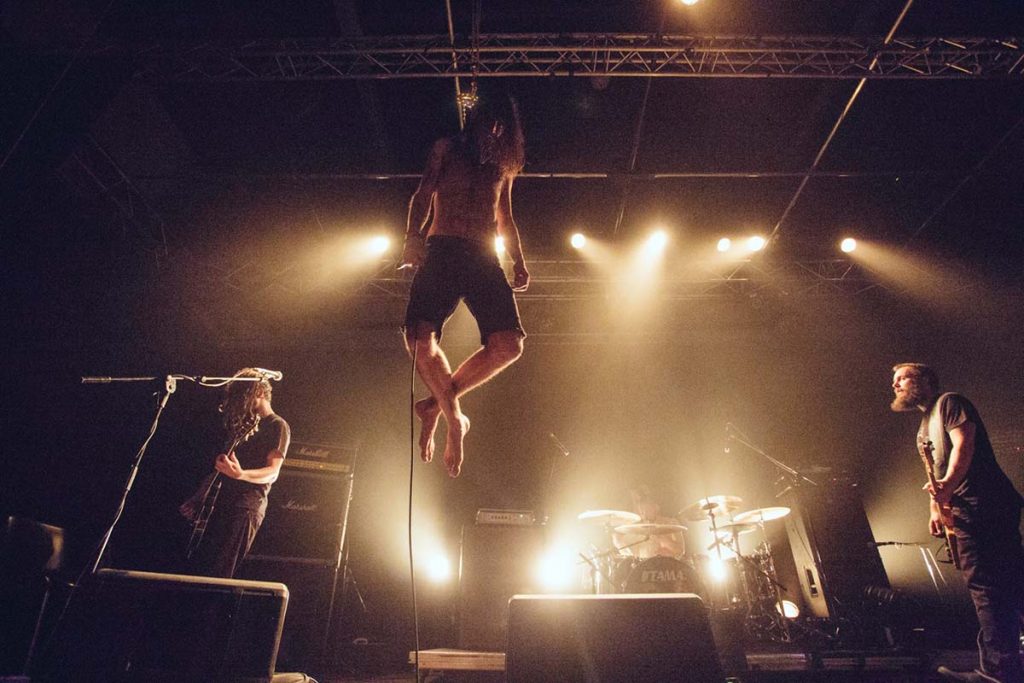 Video for »Bounds Tied Tight« was filmed on the »FVCK« release show at Stara Elektrarna in Ljubljana, on November 20th, 2015.

Formed in 2011, The Canyon Observer are a five-piece soundtracking your worst nightmares, the magnificent apocalypse upon us, or your traditional Sunday family lunch. It’s all the same. Their experimental sound intertwines delicate and atmospheric passages with a ferocious, in-your-face combo of black metal, noise, post-metal, doom and sludge, and when coupled with impenetrable fog and disorienting strobe lights at a live show, you’re in for a heavy and menacing journey. A visceral journey, no furry kitten can mitigate.

After releasing the »Chapter 1« (2011) and »Chapter 2« (2012) EPs, they unleashed their critically acclaimed debut »FVCK« in 2015, which saw them play on stages all around Europe and even Cuba and share stages with Russian Circles, Rosetta, God Is An Astronaut, Ahab, Birds In Row, and many others.

Ever-exploring, The Canyon Observer added something new in store in 2018 – their sophomore album »NØLL« sees the quintet delving further into musical experimentation and spiralling downward into the void of human souls and their surroundings. At the end of 2019, they released the 17-minute single »Urn«, which serves as some kind of a gateway between the new material that The Canyon Observer are currently working on and the old.