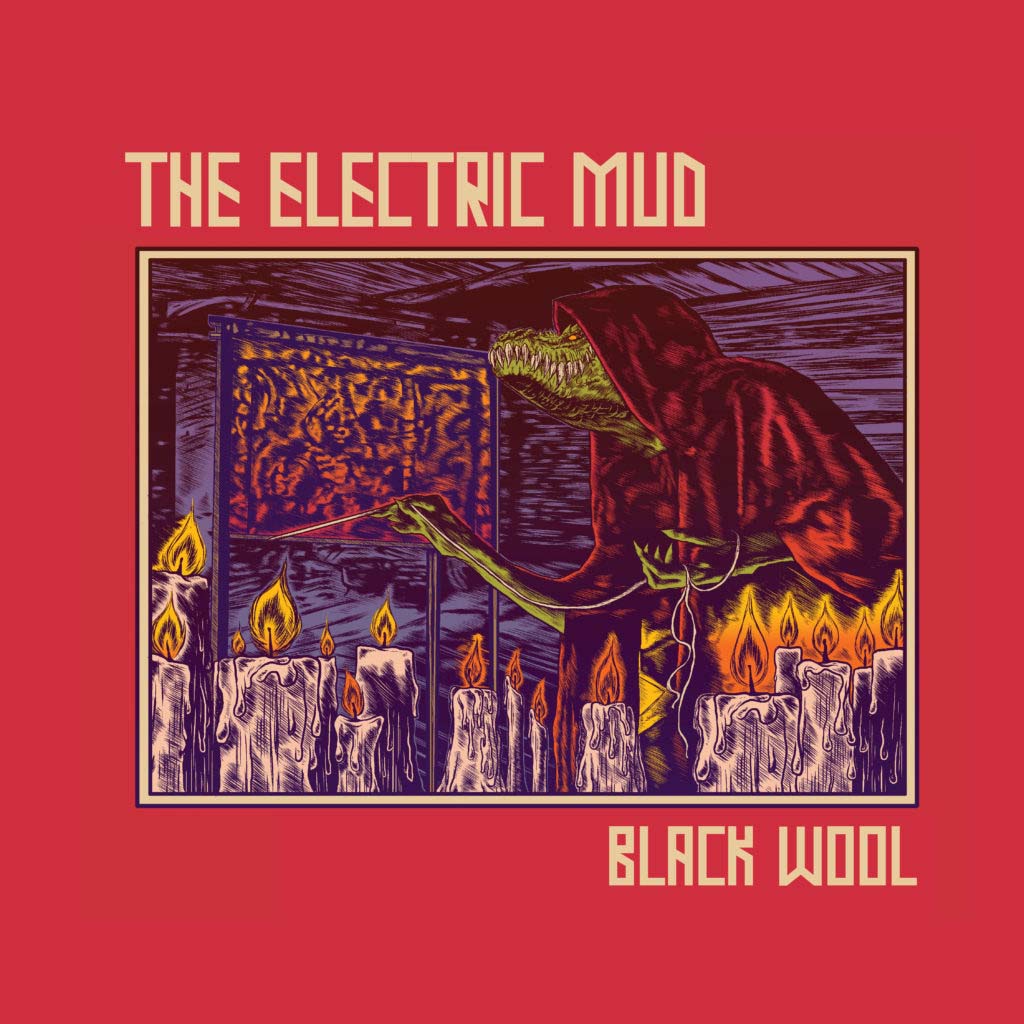 Hailing from Fort Myers, Florida, stoner/retro rockers The Electric Mud stream the opening track »Ordinary Men« from their upcoming EP, »Black Wool«, which will be released independently on CD and digitally on September 25th, 2021.

Captured at Farmadelica Sound in Bokeelia, Florida with tracking, mixing, and mastering done by Howard Wulkan, the EP represents a heavier and proggier turn for the band with a pair of new, original tracks as well as and an homage to the seedy, sordid Sunshine State bar circuit where they cut their teeth with covers by Corrosion Of Conformity and The Allman Brothers Band.

In advance of the release of »Black Wool«, today the band is streaming EP opener, »Ordinary Men«, noting of the track, “Opening the EP is »Ordinary Men«, a rollicking slab of riffs and grooves that takes the band through some of its heaviest and most intricate paces to date, alongside lyrics that implore the listener to make the most of the time they’re given.”

The Electric Mud’s »Black Wool« will be released independently on CD and digitally. Find pre-orders at THIS LOCATION and additional merch options HERE.

In conjunction with the release of »Black Wool«, The Electric Mud will kick off a near-two week run of live dates beginning September 25th in Cape Coral, Florida. See all confirmed dates below. 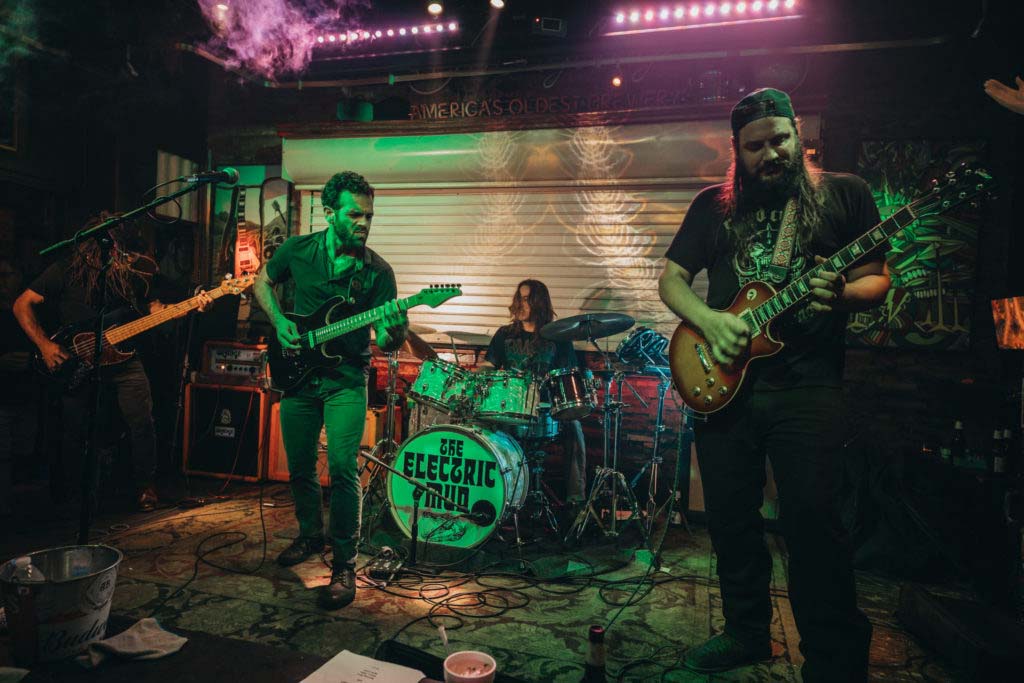 Crawling from the humid, mangrove-choked banks of the Caloosahatche River, The Electric Mud drifted from late night jam sessions, backyard keggers, and a revolving cast of members until one night, in the taproom of a closed-up brewery, Peter Kolter, Pierson Whicker, Tommy Scott, and Constantine Grim found themselves in an old-fashioned Morricone-style standoff. Each had reputations around their town as serious musicians and hard workers, and after throwing lightning bolts around the room for a few hours it became clear that they had found not just a band, but a sound. Alongside their love for The Allman Brothers and Lynyrd Skynyrd and their shared Florida roots, came also a deep appreciation for the proto metal of Black Sabbath and the prog metal of Mastodon, and the band aimed to slow cook it and serve it to the masses. After countless hours of grueling rehearsals and gigging in the dives and biker bars of their hometown, The Electric Mud released its debut album, »Bull Gator«, in 2018, and hit the road.

With hard work came opportunity that found the band opening not just for Southern rock legends such as Molly Hatchet, Blackfoot, The Devon Allman Band, Brother Hawk, and others but also winning a tri-state battle of the bands competition that drew the eye of Matt Washburn owner/operator of Ledbelly Sound Studio (Mastodon, Elder, Royal Thunder) in north Georgia. Washburn and the band hit it off immediately, and the band decamped to The Peach State in 2019 to write and record its follow up album, falling in along the way with the legendary Small Stone Records.

The Electric Mud released their critically lauded »Burn The Ships« full-length on CD and digital formats via Small Stone and limited edition vinyl via Kozmik Artifactz in 2020. »Burn The Ships« calls upon a punishing rhythm section and dizzying twin guitars alongside gritty, soulful vocals to remind audiences that rock and roll is a timeless, cosmic giant that never truly dies. Metal Rules hailed, “a delightful mix of classic hard rock, US southern blues, and some touches of vintage stoner rock and even doom metal here and there.” Angry Metal Guy noted, “The Electric Mud just might be the most perfect band name. These guys really do sound like muddy swamp monsters come to life, full of humid, muggy attitude and steamy swagger.” Added Sentinel Daily, “Repeated listens to »Burn The Ships« reveal that it is one of those rare, rare beasts – an album with no apparent flaws in its construction whatsoever; high quality throughout, it’s a record you’ll find yourself returning to over and over again – great stuff!”

To order »Burn The Ships«, visit the Small Stone Bandcamp page at THIS LOCATION.