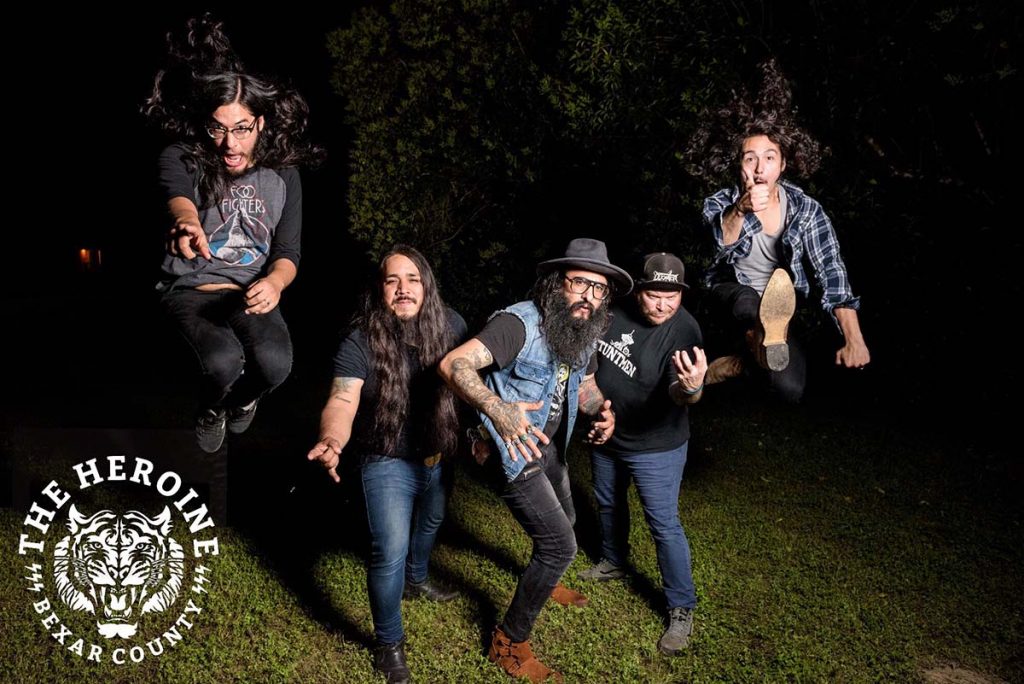 San Antonio, Texas based rockers The Heroine share a music video for the first single and title track of their upcoming album »Out For Blood«, set to release via BCG International Label Group.

San Antonio rockers The Heroine are back and ready to conquer with their new single »Out For Blood«, the title track and first single from the Texas quintet’s upcoming album.

Watch the video »Out For Blood« at YouTube and stream the single at wearetheheroine.com.

“The video captures the overall energy of the band and what you can expect to see at a live show,” says bassist Wesley “The Gulie” Vargulish. “We had a lot of fun making this video. We want to take our fans along for the ride with us, so hop on and have a good time.”

»Out For Blood« is slated for release via BCG International Label Group.

“The new album is just an all-around great rock ‘n’ roll album,” Vargulish says. “The really came to life during the lockdown and these songs took shape. I feel that’s why this is our strongest effort yet because you can feel the emotion come through a little more. We pushed ourselves harder than what we have for previous albums and EPs. We stepped everything up in every phase of this process.”

Working toward and achieving lofty goals is a credo that each member of this hammer-swinging, five-piece rock ‘n’ roll juggernaut lives by. While some bands define themselves solely through songwriting, musicianship, relentless touring or onstage antics, The Heroine is a perfect encapsulation of each of these elements.

The Heroine has supported heavyweights such as Clutch (at the band’s personal invitation), Volbeat, The Sword, Guns N’ Roses, Stone Temple Pilots, Staind and many more. Legendary Mötley Crüe drummer Tommy Lee was so impressed by The Heroine’s performance at the Whisky a Go Go that he cornered frontman Lynwood King and proclaimed, “You guys are BAD ASS!” That event also scored The Heroine endorsements from Gibson and Ernie Ball. 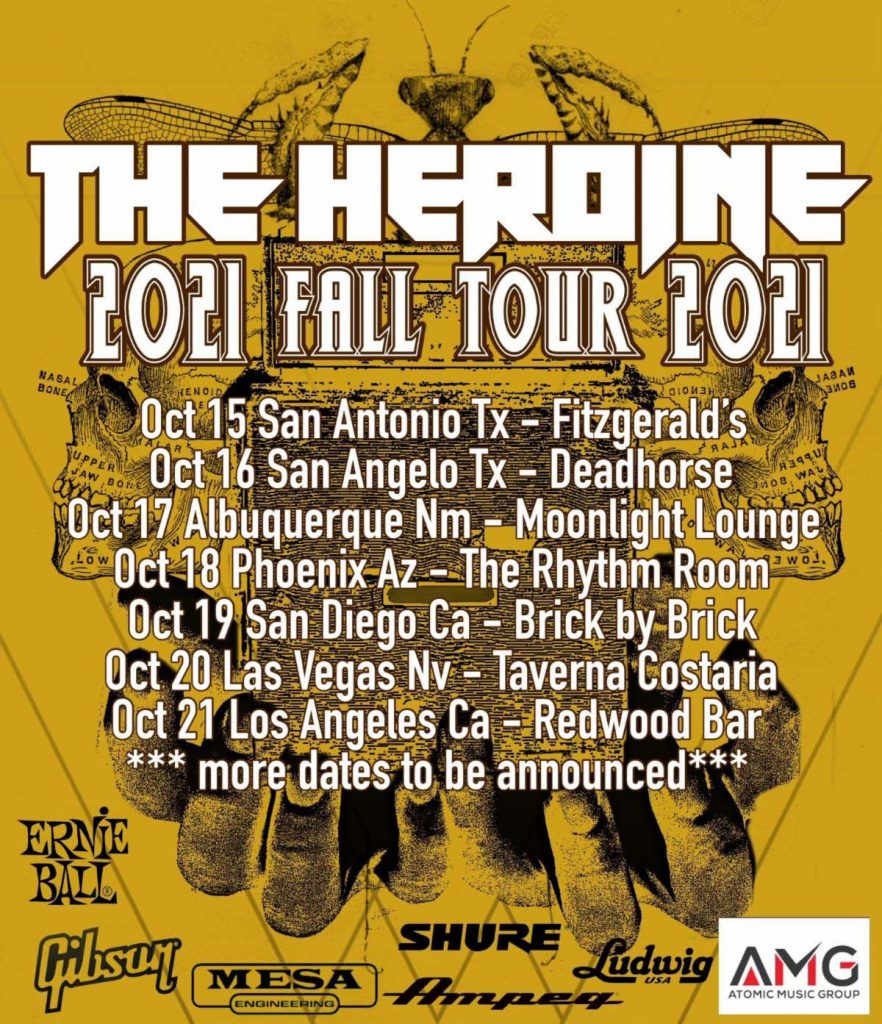 The Heroine recently signed to Atomic Music Group and is in the process of booking an extensive tour for 2022. In the meantime, the group has lined up regional dates.

“Tour, new music video, new record…I didn’t get to say any of that last year,” says guitarist David “The Tejas Blues Man”Arias Jr. “To say I’m excited is an understatement!”

Adds vocalist King, “I promise to pour my heart and soul out on every stage we play. We will kill the stage. Years of touring, song writing, and the emotional roller coaster of successes and failures have fueled a fire inside that screams, ‘Take me to the stage! We are out for blood!”