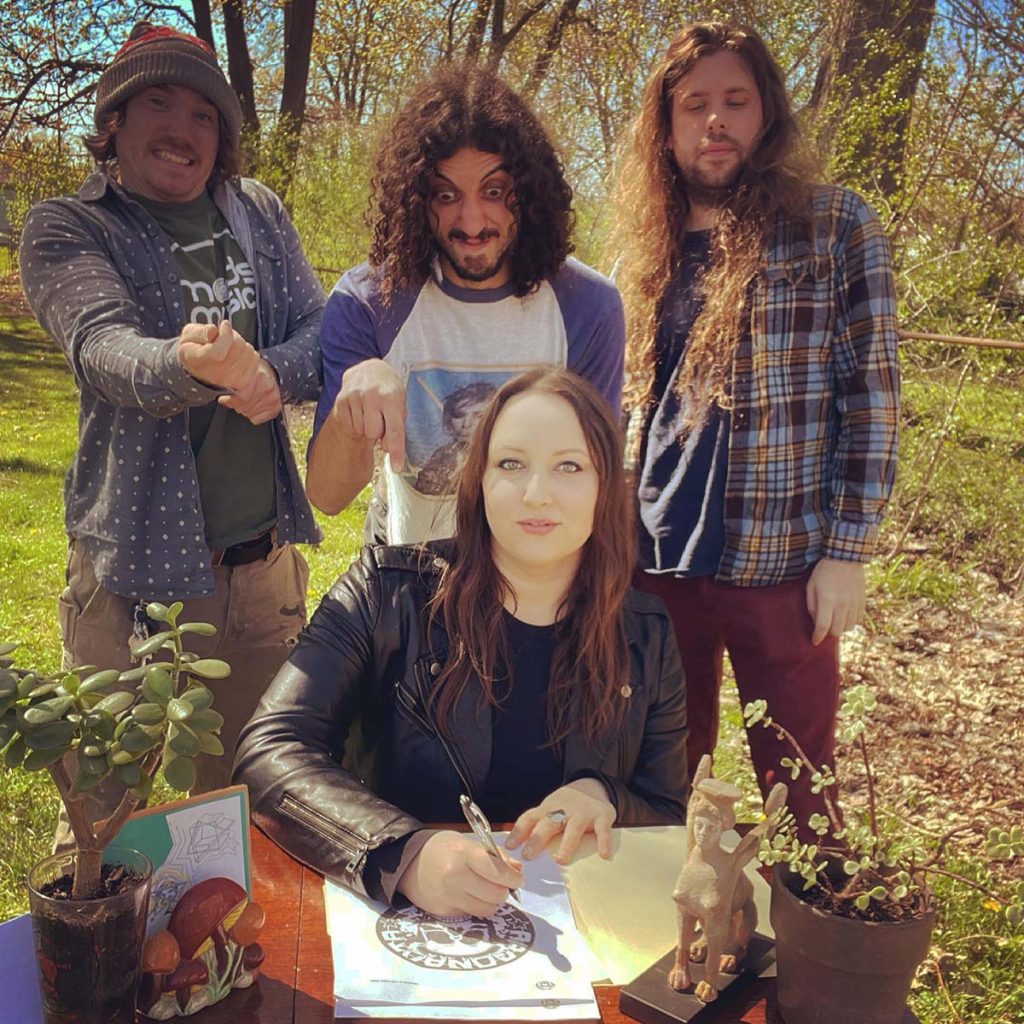 Detroit, Michigan based freak rockers The Lucid Furs sign to Argonauta Records for the release of their third full-length album, coming out this fall.

Says the band: “We are stoked to announce that we have teamed up with Argonauta Records from Italy! Stay tuned for the release date for album #3, presale and singles!!!”

Detroit’s traveling freak rock experience, The Lucid Furs, have announced their signing with Italy’s powerhouse label Argonauta Records, who will proudly release the band’s forthcoming, third album in the Fall of 2021!

“The Lucid Furs are pleased to continue the propagation of Detroit Freak Rock with our new partners Argonauta Records.” the band comments. “After many months sequestered in the studio we are eager to unleash our third album.”

Since their official launch in 2017, The Lucid Furs have performed over 100 out of state shows, invading music venues to wash minds with their heavy blues rock concoctions. The band‘s live performances build up with big, head bang energy, winds down to sultry blues, then blasts back into hard rock with a dash of funk you can’t help but dance to.

The Lucid Furs are a collaborative songwriting team. Their songs embody a culmination of each member’s early influences; ranging from rock classics like Alice Cooper and Heart, to Chicago blues like Howlin’ Wolf and Buddy Guy, to the era of alternative rock groups like Soundgarden and Queens Of The Stone Age. Their friendship extends beyond the band, creating a vibe of camaraderie that you can immediatly feel. With their authentic vibe and high voltage power blues, The Lucid Furs released 2 highly acclaimed albums to date, and despite the tour hiatus brought on by Covid, they have stayed focused. Taking that time to record new music, which will be out in the Fall of 2021 through Argonauta Records.