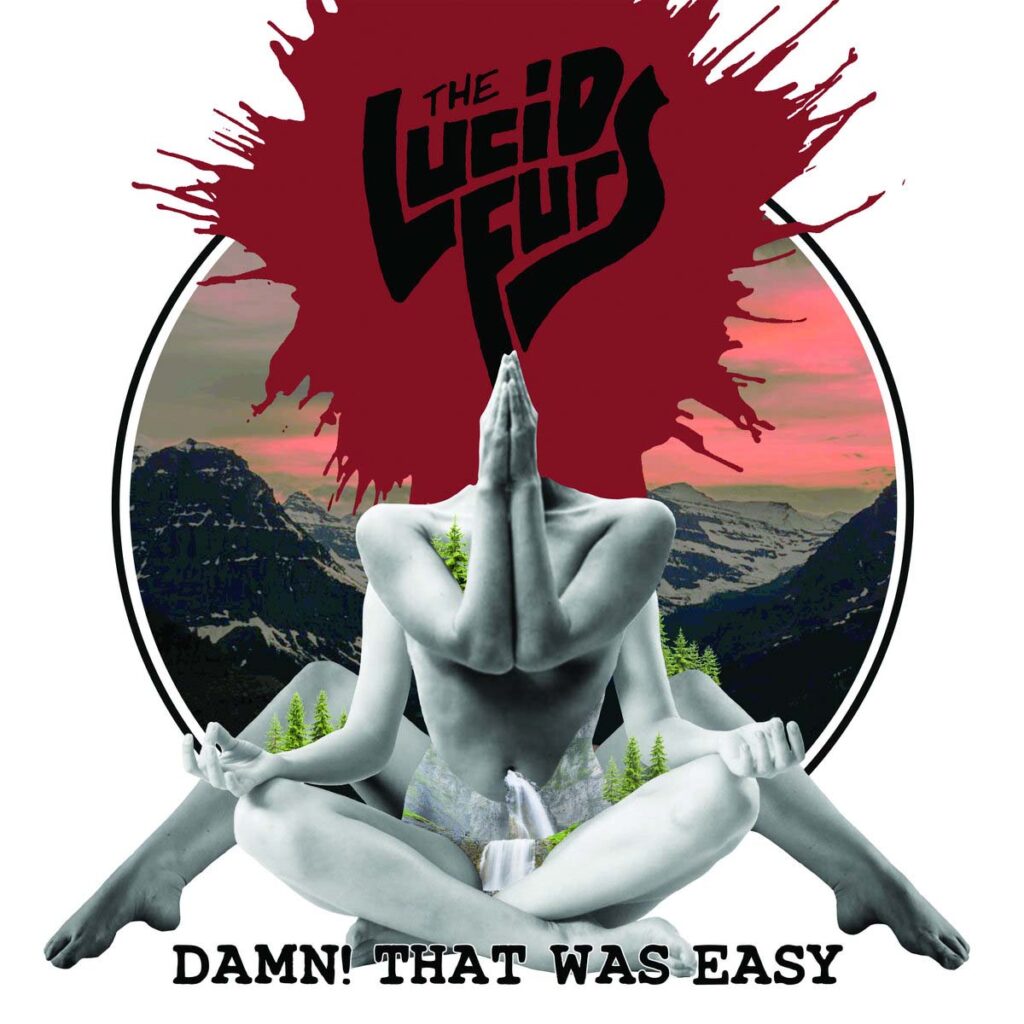 The Lucid Furs are going to present their new album live staring this weekend. Says the band: “The »Damn! That Was Easy« album release tour begins this Friday! Start working on your excuse for missing work and family functions now.”

While Detroit power blues rockers The Lucid Furs are gearing up for the release of their third full-length album, entitled »Damn! That Was Easy« (out now on all digital platforms!), the band just shared a brand new video clip for the funky track »Five Finger Disco«!

Since their debut in 2017 and the highly acclaimed, latest album »No God? No Problem«, released in 2019, The Lucid Furs have invaded music venues with their heavy blues rock concoctions. The band‘s live performances build up with a big, head bang energy, winds down to sultry blues, then blasts back into hard rock with a dash of funk you can’t help but dance to. Diving deeper into their forthcoming album, the band’s talent and soul of the blues is immediatly evident – always driven by a vibrant 70’s vintage vibe – The Lucid Furs provides an extraordinary rock experience. 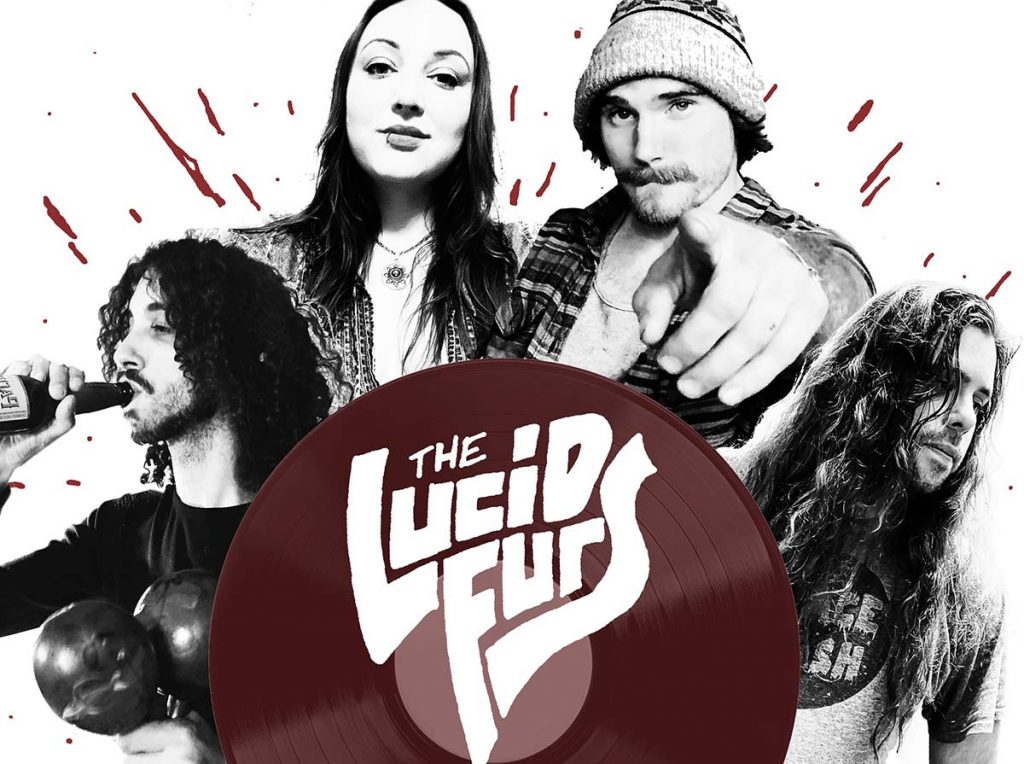 “We knew we had to make a music video for the hip shakin’ four on the floor tune on the album.” says vocalist Karen O’Connor. “Nick dreamed up the concept of the car contest, we hired Bryan Lackner to film/direct it and made a Facebook casting call. A dozen of our Detroit friends showed up on site without having much or any idea what rolls they would play. Most scenes were spur of the moment ideas put into action. The wrap party for this shoot was a 300 water balloon fight.”

Get yourself into the heavily grooving mood of The Lucid Furs’ new album, and watch their video clip for »Five Finger Disco« right here:

To celebrate this killer release, we set up a nice interview with the band giving us even more details.

• Hi lady and gentlemen, who are the Lucid Furs? How were you born and why?
The Lucid Furs started out as a nameless project 6 years ago, we had almost completely written »This Ain’t No Mating Dance« before we finally decided on The Lucid Furs. Our introduction to the music scenes in MI went over so well we decided to take this Detroit freak rock show on the road. Since then we have played well over 100 out of state shows and went on 7 tours with more to come.

• You are a very active band with many live shows in the last 4-5 years, what is changed after COVID and how you deal with the “day after”?
The outbreak of Covid 19 did hinder our ambitious 2020 plans to do our first international tour. However, we still managed to get a lot of writing, creating and recording done while keeping our distance. The pandemic has certainly changed the way we look at booking and playing live. We do believe it’s possible to return to life as we knew it if the music community is willing to evolve and show more consideration for others. 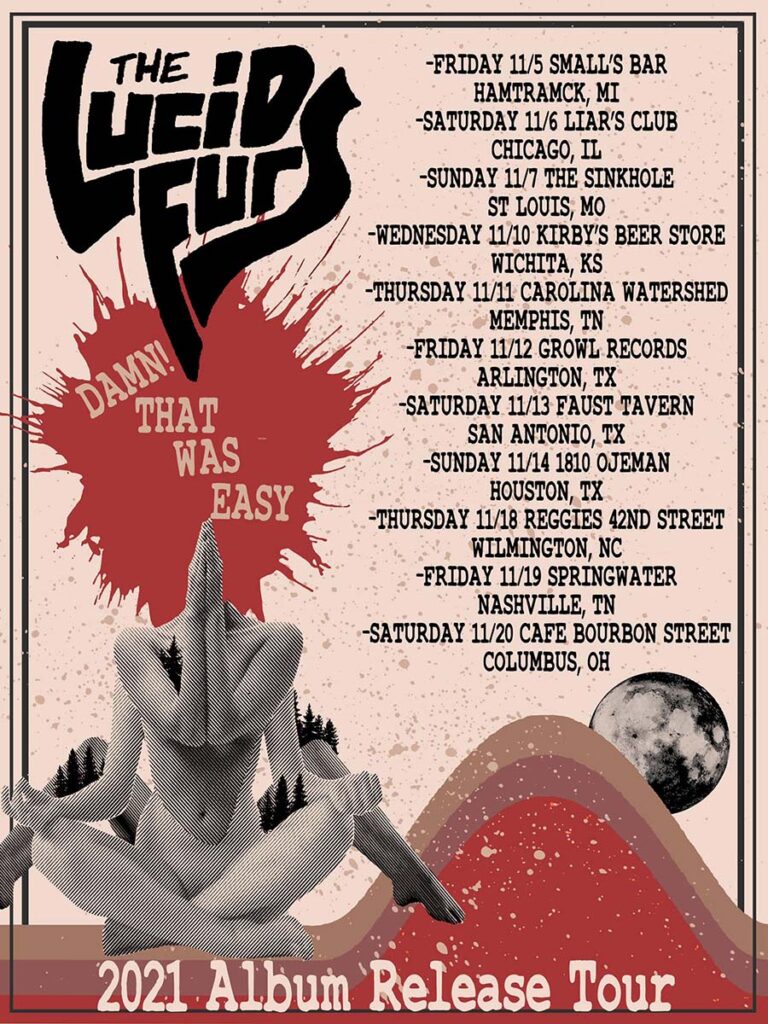