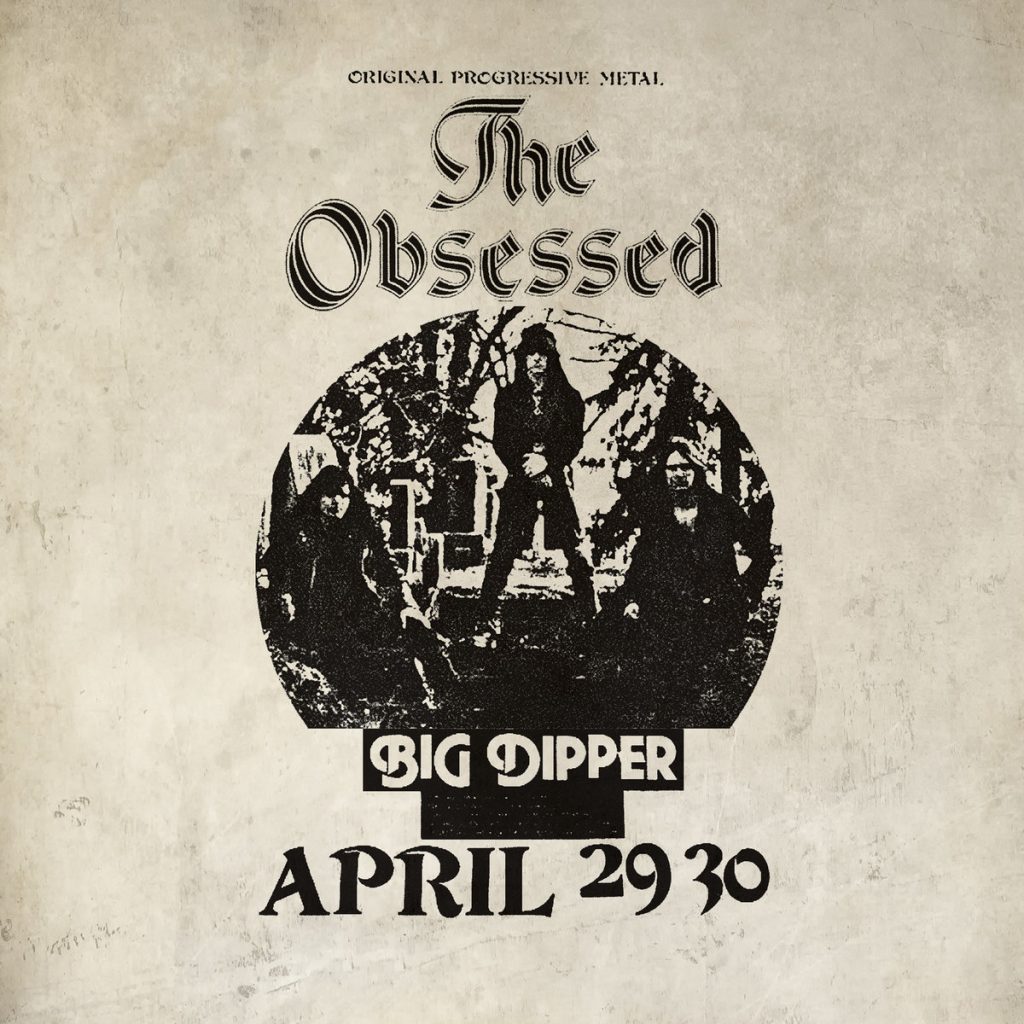 »Live at Big Dipper« is an authorized bootleg of Wino’s favorite-ever show with the original The Obsessed lineup from the early 80s. We say “bootleg” because it’s a noisy, scratchy recording rescued from a worn aging tape that sounds like it was stored in a tool shed for 35 years. But despite the raw recroding, the performances are magic, and you can hear why this is a critical document of a seminal band at the peak of their early powers.

Wino says: “Years of spinning our wheels culminated in The Obsessed being known as a formidable live band, with a strange metal-glam-punk look. This show at the Big Dipper was one of the last if not the last show of the OG Obsessed lineup, and it’s my favorite by far. It’s raw and noisy and took some cleanin’ up, but here it is. If it ain’t heavy, it ain’t shit!!!”

»Live at Big Dipper« is avaiable as: