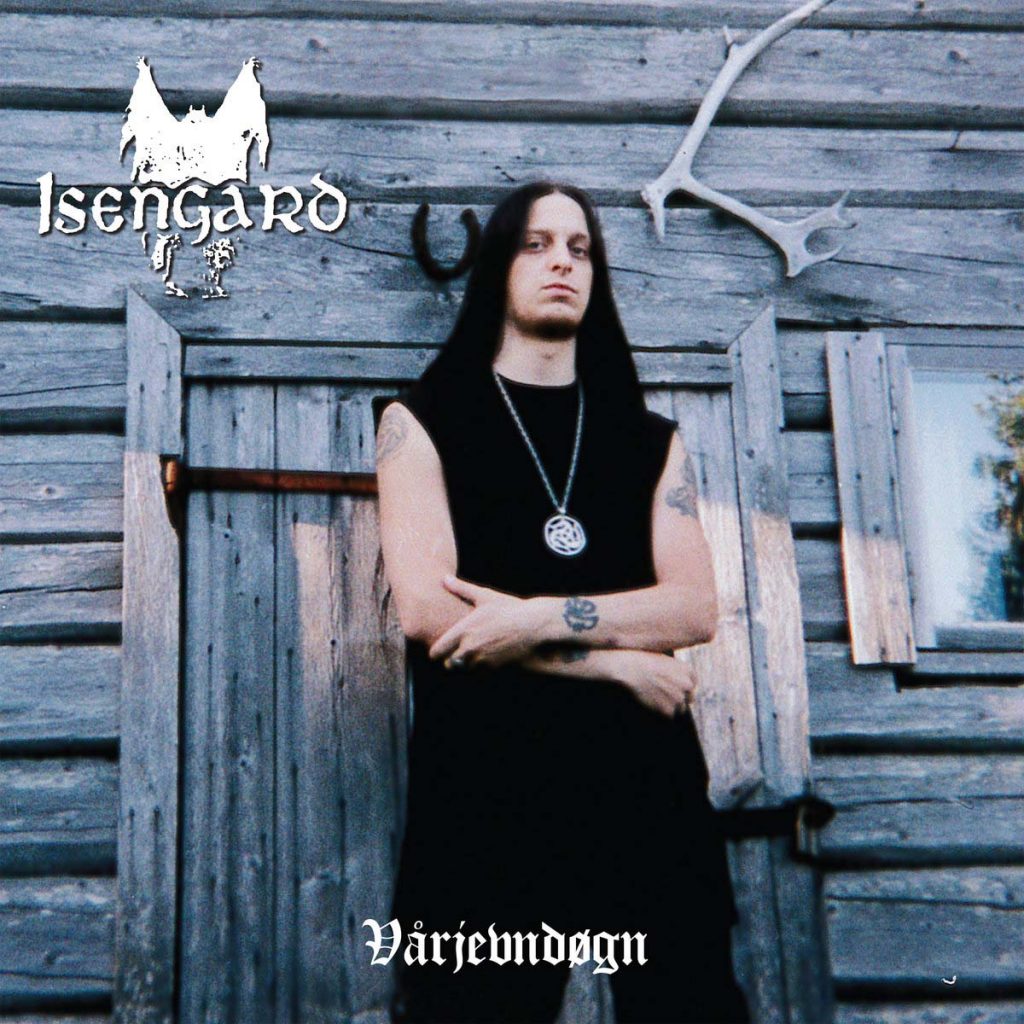 »Vårjevndøgn« is available now through Peaceville Records on CD, LP and digital.

Isengard was the solo-project initially started in 1989 by Fenriz – one the key driving forces behind Norwegian legends Darkthrone – because he had many musical ideas to explore that didn’t strictly fit in with the style and music of his main band. Under the Isengard moniker, Fenriz released 2 albums encapsulating doom, death, black & folk/viking metal in the shape of »Vinterskugge« and »Høstmørke«, & finally we welcome the third addition to this cult project.

After a period of 25 long years since Isengard’s last studio output, and having recently unearthed a set of tracks from his own archive of material recorded back in those early glory days, this new series of tracks – which were thought to be lost – follow on from some of the metal last heard on 1994’s »Vinterskugge«.

Everything on »Vårjevndøgn« was performed and engineered by Fenriz himself. The tracks were all recorded between 1989 and 1993 using the infamous Necrohell Studios, notable for recording Darkthrone’s classic »Transilvanian Hunger« and »Panzerfaust« albums. »Vårjevndøgn« was mastered by Jack Control at Enormous Door.

Fenriz on »Vårjevndøgn«: “It has been 25 years since the last one but finally my 3rd solo album has materialized on this earth. All tracks in the old trusty Necrohell studio soundscape as well. How did this come to be?

Well, since 1992 or 1993 I had been thinking about this full on heavy metal track I recorded to sort of show that I too could make this style and that it meant a lot to me. But i could never find it, it seemed lost forever. the first 25 years I just figured it had been deleted by accident and the last couple of years I started to think that perhaps I just dreamt it all, that I never actually made it. And this led me to delve into the vaults of dusty old cassettes and I started to find loads and loads of material I had forgotten about. And then I searched even more. And finally I found the track I was originally looking for. The result is an album recorded between 1989-1993, as the other Isengard albums also were. The first full track is solid proof of my eternal love for classic broad legged heavy metal and the rest is a varied display of lost Isengard tracks from ancient times.

Isengard as usual has a soundscape that needs cooperation from the listener to work with, it is not already chewed up and swallowed, here we all have to chip in and hack away to unearth our personal treasures. And this is one of the traits we call CULT METAL, the realm for those of us that enjoy lots of personality and authenticity.”