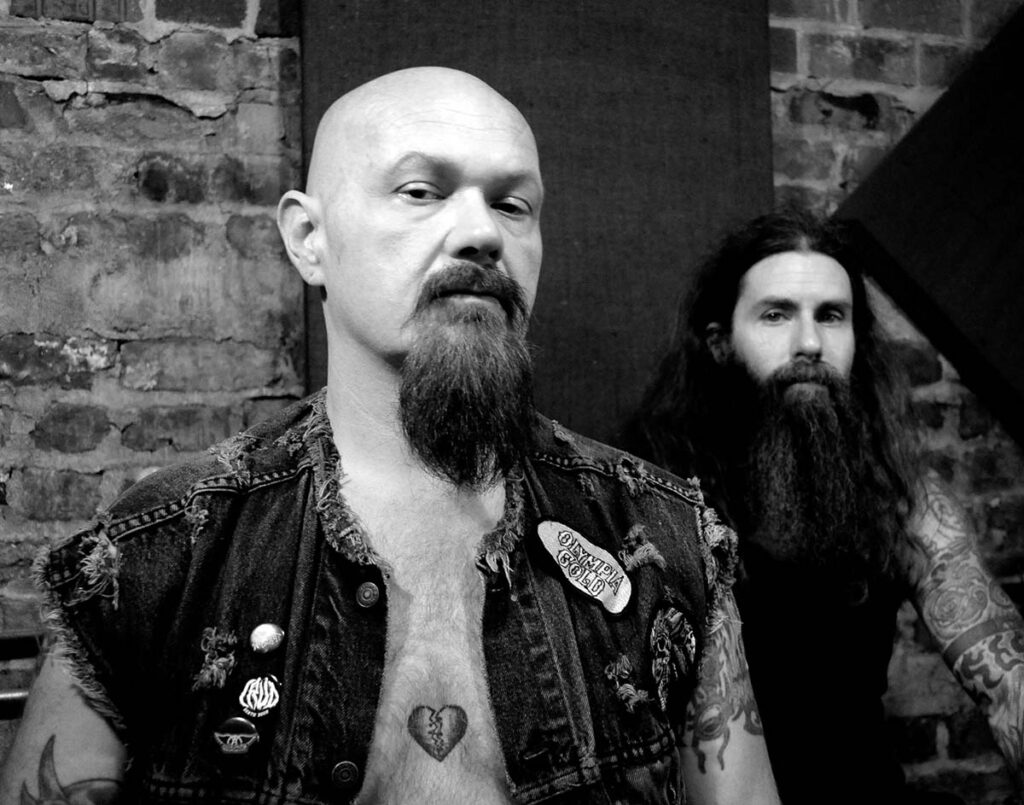 Thunderchief have numerous single releases and three full-length albums under the belt: »The Tone If Sorrow« (2015), »No Sufferance For Thy Fools« (2020) and »Synanthrope« (2021). So far!

I was lucky enough that Rik took a few moments to talk about the band development, influences, cover song series, his bandmate Erik, upcoming live shows, future plans, farm life… And his self-produced hot sauces which can be ordered right here!

How did you get started in music?
Rik: There is a picture of me when I was 3 years old with headphones and a Mickey Mouse guitar, rocking out to »Dirty Little Girl« by Elton John, so I guess that’s my first memory of being obsessed with sisters’ record and 8-track collection. I would play every tape they had everyday when they went to work. I’d stay up for “Midnight Special” and “Rock Concert”, anything that had a live band. I loved Hee Haw and all the variety shows that were on TV in the 70’s too.

Thunderchief was founded back in 2006. Was it meant to be your solo project or there just weren’t the right people around to join the band?
Rik: It started as a solo thing because the band I was in at the time was on a downward spiral. We had the “big record” come out with the help of some good labels, with major distribution but the band never toured the record. They shelved the album and I kept going. The advent of the MP3 player was a influential in making the decision to play this shit solo. Whether anyone liked it or not, I was gonna play what I wanted, when I wanted, and where I wanted without having people’s personal problems interfere with my life.
So, as to “the right people”… they were already working, and I wasn’t going to search for new people to create a band with. Those days were over for me, and until the right people came along, I vowed to truck on being a solo artist. It’s not easy getting a venue full of concert-goers to accept one dude screaming with a wall of speakers!

How did you met Erik Larson? How familiar were you with his previous work?
Rik: We met when I moved to Richmond in 2000. I was quite familiar; I keep up on what’s going on in regards to “scene movement”. Then shortly after, we played a few shows together. When I got Napster in 1998/99, the first few tracks I got had some stuff off of »Rise Again« (Alabama Thunderpussy), so I was already knew of his work.

Were Alabama Thunderpussy a big band back then? At least they had tons of promotion here in Europe.
Rik: Being on Man’s Ruin and Relapse, and many of the bands they toured with are legendary, so yes, they were peaking at the time.

I haven’t found much about your background. There aren’t 20+ bands as with Eric 🙂
Rik: Thanks for asking! Short answer – Erik is an overachiever, and I worked behind the scenes as a personal runner for high profile bands.
I have been in many bands with history, but the metal bands I played with either went nowhere. I’ve played in many underground “scenes”, the majority of the assholes I’ve wasted my life playing in bands with couldn’t be bothered with things, like paying for recording, touring Europe, etc, so some of the bands do not deserve being mentioned.

What are your musical influences?
Rik: Man I like everything. Literally. I grew up on KISS, AC/DC, but also got into Adam & the Ants, Duran Duran, Blondie, Steely Dan, Bob Seger… all kinds of music other than what I prefer playing. I’ve never had a “favorite” or had a specific set of influences. The first bands I learned to play were Zeppelin and Crüe, so that had a big influence on my drumming style.

How did Covid-19 lockdowns affect you as a band?
Rik: In 2020, I had 3 tours booked that were cancelled. What made it hard for me was the fact that I was doing everything solo at the time. With the pressure of a new record release, vinyl pressing, and all the time spent on booking/promo, I lost massive traction in my work. Sales were good, but without touring, it was more difficult to get the music into people’s hands.

In December 2021 you dropped your latest full-length album »Synanthrope« in digital format. Do you know when can we expect physical release?
Rik: Basically, we are going to tour this record into the ground, and release it again in physical form, like a 2 for 1. The soft release was digital only, but our latest shows have proven we need to get this record out. 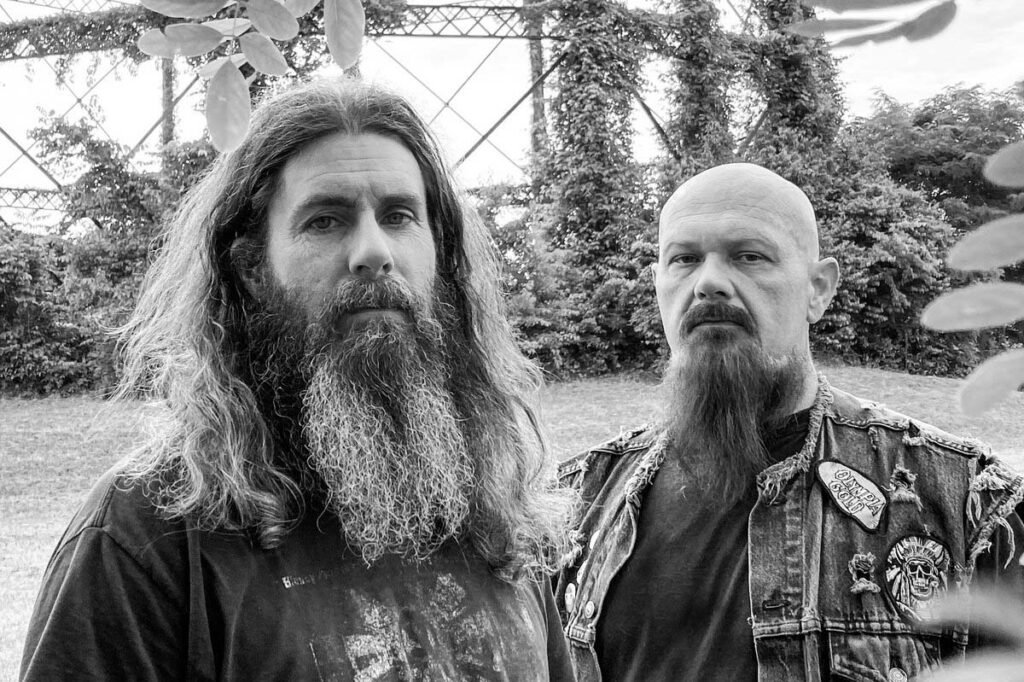 You are (still) unsigned. Is there any particular reason or you just like to be independent?
Rik: No other reason than we are still searching for the right label that “gets it”. There are so many variables as to why, but I think a big part is that we do not have guitar solos, we don’t follow a set formula to our songs, and we are not genre-specific. I mean, it’s heavy metal, but it’s not “stoner doom funeral punk” or whatever – it’s all that, and none of that, depending on the listener. But we will continue to release our own material, regardless if we are signed to a label.

Do you have any new material in the works?
Rik: Yes!

What can you say about your lyrics and themes that you are dealing with?
Rik: Well, it varies. There are a lot of double entendres in my lyrics, some deal with the death of my dogs, soured relationships, or deep, dark events in history…or those goddamn caterpillars that eat my peppers and tomatoes.

How much do you think your songwriting process has evolved from the early days?
Rik: 100%. The early days were full of hate and anger because my band dissolved, and I was a touring drummer for a number of bands that I didn’t even like. Bad times don’t always create the best songwriting environments, but after the 2nd tour, something changed, and of course, Erik came into the fold.

What would be your favorite Thunderchief release so far?
Rik: »Synanthrope«, for sure.

Last year you started cover song series and already released covers of artists such as Rudimentary Peni, Spooky Tooth or Joe Walsh. How do you choose these songs?
Rik: It’s hard to say…it’s not like any of these songs are our “favorites” or whatever, they just kinda came naturally. I think it started by saying “I’m surprised nobody has covered this song”.

What can you tell me about your new video for a cover of Neanderthal’s classic »Crawl«?
Rik: Sorry for the late reply to this question – farm life has taken over!
The videos we make are low-budget, semi-tongue in cheek. For »Crawl«, we had Cosmonaut put some movement to a doodle of Eric Wood – seemed to work perfectly.

How often do you play live? Do you have any favorite places?
Rik: Man we play all the time! www.artistecard.com/thunderchief has all of our past and future dates. We have some really good shows coming up this week:
4/28 Philadelphia, PA – Century w/ Hyoscine, St. Brigid
4/29 Harrisburg, PA – JB Lovedrafts w/ Anthrophobia, Rebreather
4/30 Brooklyn, NY – The Meadows w/ Churchburn, False Gods, Tombstoner
5/1 Frederick, MD – Glory Doughnuts w/ Weed Coughin

We make the most out of anywhere we play – our next step is to look into getting over to Europe, leading to the next question…… 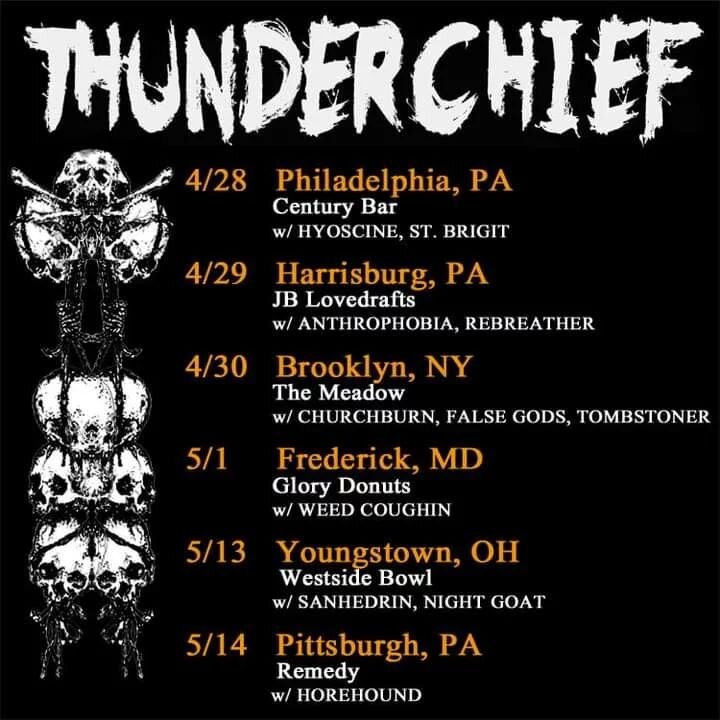 How is for you to play live shows as a two-piece band?
Rik: It’s great! Less hassle, we get along well, and we are very similar in our no-bathing tolerance.

I’ve noticed that you supposed to play “Bands against pay-to-play shows”… Is this still an issue in the US?
Rik: Pay to play is an issue worldwide. It shows up unannounced more so than in the past. One scenario is, when the venue pays their staff, and say there was not enough $$ at the door/bar/etc to pay the touring bands. In those cases, we don’t go back. Those people get to go home to their own bed and toilets, as bands get to drive and hope for a place to stay with a toilet. Also, there are a few record labels that require bands to pay to have their record released—Fuck that! Then of course, there is the ticket-selling Ponzi scheme where you have to sell a certain amount of tickets to open a show. And then, there are buy-on tours…what a great way to make money off of musicians! Once again, all worldwide dilemmas.

Can you tell me something more about the music scene in Richmond and Virginia in general? A lot of bands that I admire come from Richmond… Windhand, Municipal Waste, Cough, Lamb Of God, Iron Reagan, Cannabis Corpse and many more.
Rik: The music scene is legendary here in Richmond. It ebbs and flows over time, but it has stayed fairly consistent for over 20 years. Some bands come and go, but those people usually end up in another band quickly. There is a deep interest in musical arts here, and we’re very thankful for that.

How big do you think is sludge/doom/stoner scene at the moment?
Rik: Well man, it’s huge, but I see it as an amalgamation of lifers and weekenders at this point. It’s not easy to figure out who is on the level, and who is full of shit in the age of internet exaggerations. Some are so believable that bands whom do not exist are claiming to exist. It’s a big scene, don’t get me wrong, but some bands do not know they are not doom, or not sludge, or whatever. That’s why we try not to be genre-specific. Personally I think having the elements of all that are as good as modeling one specific type of music.

Do you remember the first (metal) concert you attended? What’s the best one you’ve gone to?
Rik: I saw KISS when I was like 5, but I think Iron Maiden was my first metal concert. The best…the first Black Sabbath reunion show.

Do you have a memory of a song or an album from your childhood or teenage years that you are emotionally linked to?
Rik: I liked Elton John, Steely Dan and KISS when I was a little kid, so usually songs by those artists remind of things that weren’t too bad, haha.

Are there any new favorite releases that you discovered recently? Any recommendations?
Rik: Book Of Wyrms, No/Más, Churchburn, Come To Grief, Bog Monkey, Family Garden, Sightless are some my recent digs. Check them out!

Can you share with us what do you do for a living?
Rik: I stopped working for the man a long time ago, so now I work on my farm for food, and play music for rent. I produce hot sauces that we sell online and at shows. This is why it’s very important for us to go out and tour/play shows – we spend most of our time making/rehearsing music. 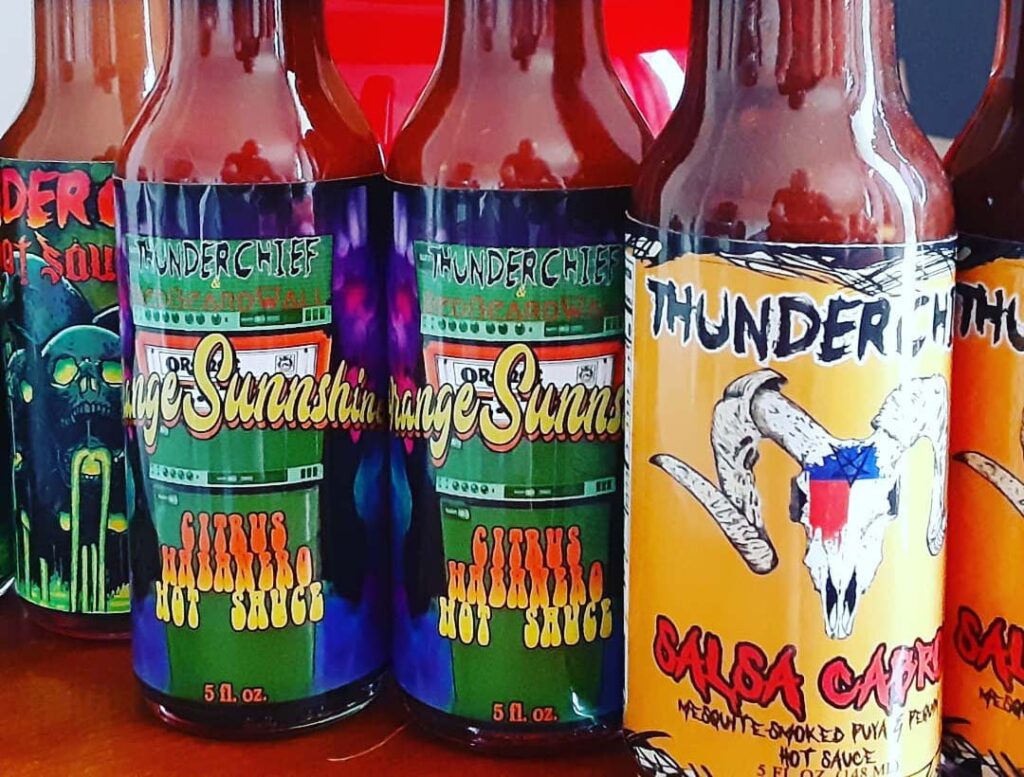 What are your plans for the future?
Rik: Nothing more than what we’ve always done: Write. Record. Tour. Repeat.

Thank you very much for this interview! Do you have any last words?
Rik: Thank you for the interview man! Hope to rock out with you and your readers one day!!