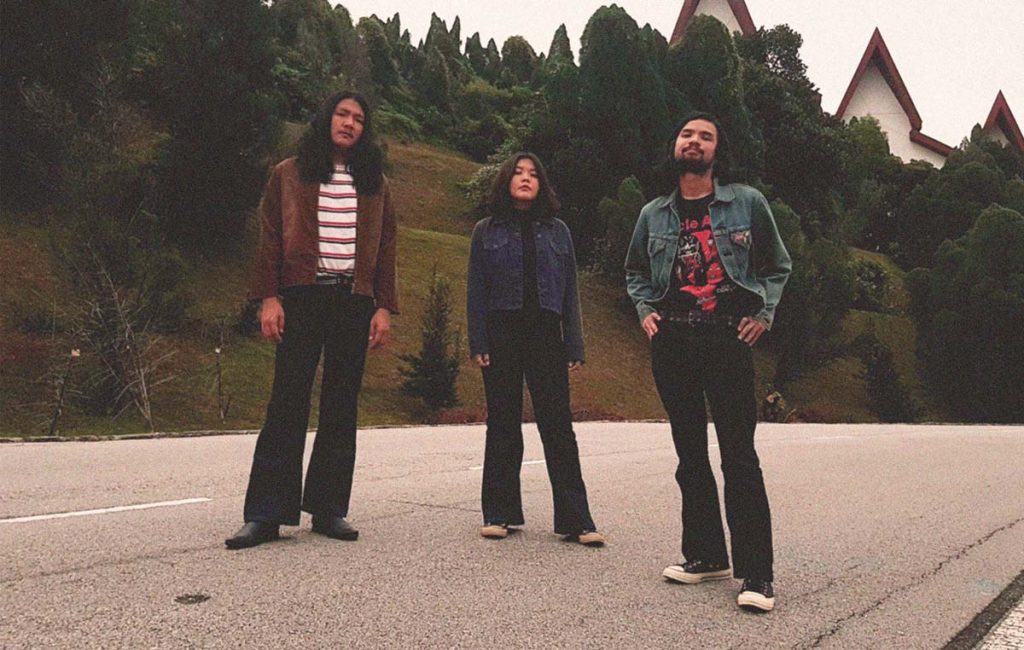 “We are Tripping Haze Ceremony, also known as THC. We are from Selangor, Malaysia. Formed in 2017 originally as a one man band, later as a full band after their first demo in 2018. Now THC are Epulyard (guitar, vocal) Sara (bass) and Lim (drum). We play Stoner Doom Metal.”

DHU Records will be releasing THC’s self-titled debut album and a Bonus 7″ of the song »Emperor of Doom« on Limited Edition vinyl in the first quarter of 2021.

Side A:
A1. Sativa’s Trip
A2. Panhead Dreams
A3. Big Red Machine
A4. Night Of The Damned

Recorded live at Ruang Irama, September 2020.
Mixing and mastering by Rotten Garage.
Artwork and design by Fugigaz.
All songs and lyrics by Tripping Haze Ceremony.
Except »Ratapan Anak« by Mona Fendi (RIP)
2020 All rights reserved.

Side A:
A1. Emperor Of Doom

Both »Tripping Haze Ceremony« & »Emperor Of Doom« are mastered for vinyl by Tony Reed at HeavyHead Recording Company.