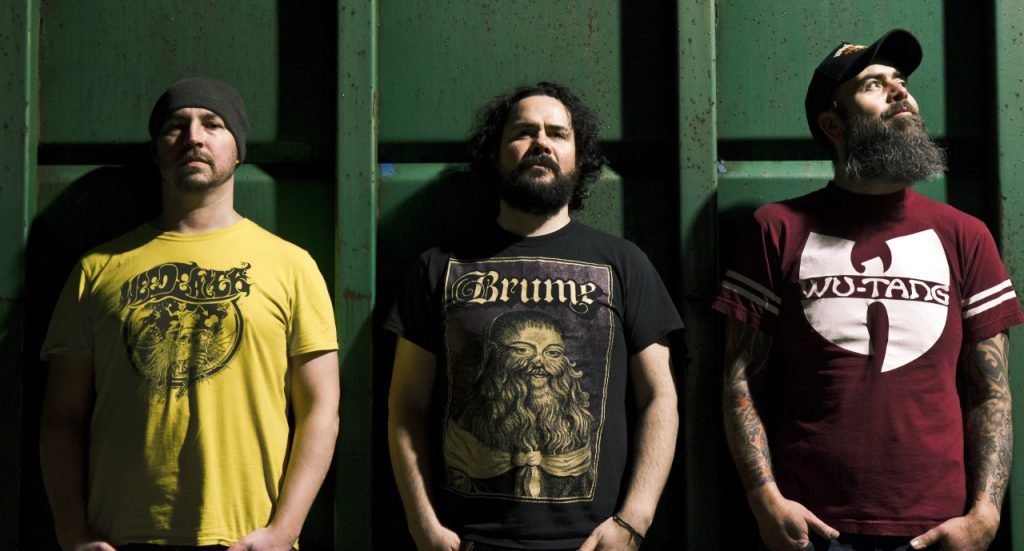 Says the band: “We were recording our 3rd full-length album at the beginning of the year when coronavirus happened and we had to stop working on that.

Without any work and not able to continue with the album we started recording and releasing some acoustic songs because we can record them remotely from each other.

The songs are a mix of acoustic covers of heavy songs and also acoustic versions of our own songs that we have worked on over the years.”

In early 2020 Trippy Wicked & The Cosmic Children Of The Knight had to shelve work on their third studio album due to the Covid 19 pandemic. Waiting for the studio to open, out of work and unable to travel or meet in person the band took the opportunity to start remotely recording the acoustic material they had built up over the years. This includes cover songs, acoustic versions of their own songs and some originals.

Formed in 2006 with 2 full-length albums and multiple EPs and singles under their belt the band comprise Pete Holland (Elephant Tree, ex-Stubb) on guitar and vocals, Chris West (Lost Orb, Crawling For Carrion, ex-Stubb, ex-Landskap) on drums and Dicky King (ex-Olde Crone) on bass.

Between 2011 and 2013 Trippy Wicked embarked on various tours with Stone Axe, Stubb, Wight and Bright Curse taking in the UK, Germany, France and the Netherlands.

The band are best known for playing a mix of stoner, sludge and doom and put themselves on the map with their debut album »Movin On« in 2009. In April 2020 Trippy Wicked released the double A-side single »Three Leaves« / »Green Memories« showcasing a slightly heavier and darker sound.