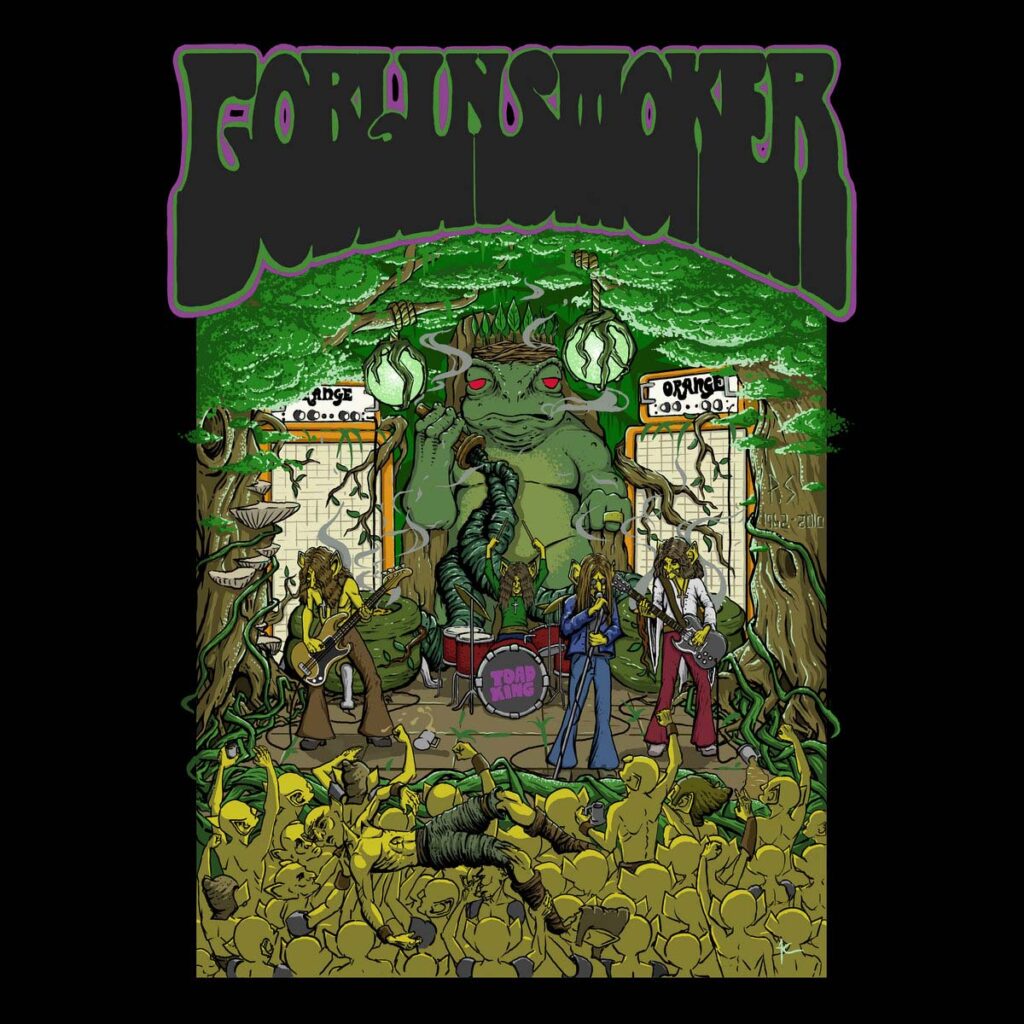 “It is time to worship again…

Following the pandemic and returning to a world that had been almost as dark as the one ruled by the Toad King, Goblinsmoker sought to do something a little different, rather than dive straight into the writing process for the final part of the ‘Toad King Trilogy’.

The result is, »Sweet Paravoid«, a Sabbath flavoured side quest in the Toad’s tale. Goblins gathered in their masses.

Available on limited clear green cassette shells, along with shirt and art prints. The cassette and Bandcamp download features a full live set of the long sold out »Toad King«.

Thank you for your continued interest. 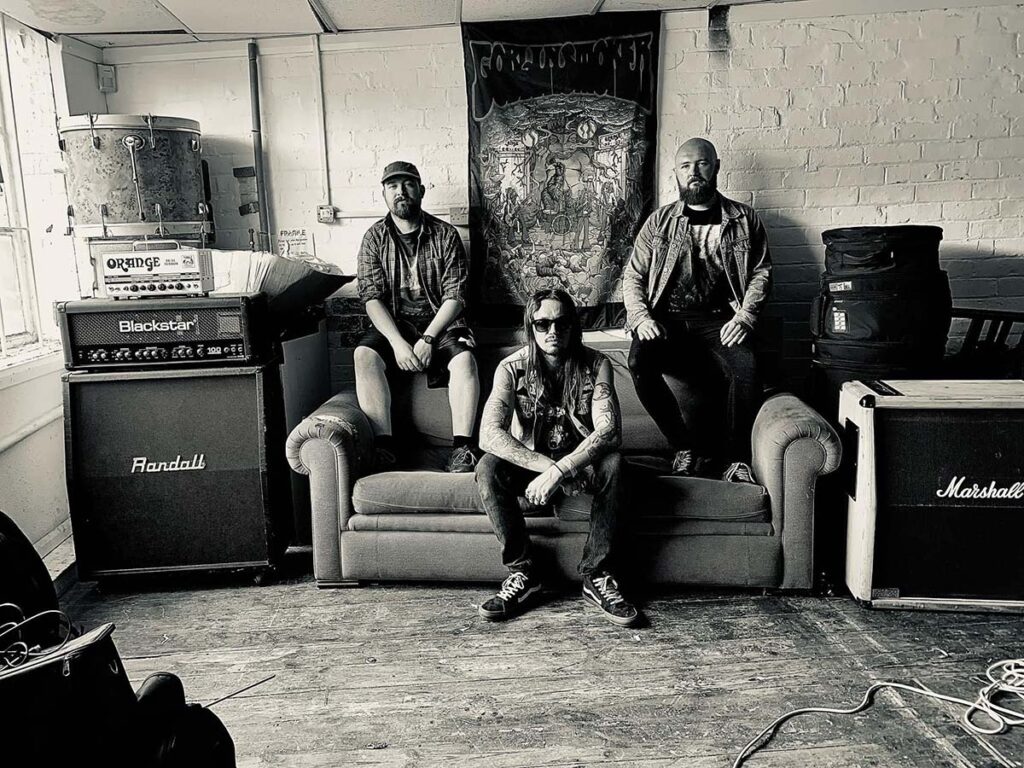 Goblinsmoker was started as a one-man project in Durham in late 2016. The aim, to take the bleak atmosphere of black metal and combine it with the fuzz-soaked riff worship of doom, while creating a mythology that would be fully entwined in the band’s sound, lyrical content and art.

The band focuses on telling the story of the Toad King, the discontented ruler of the goblins. Their forest home is a place where goblin subjects willingly sacrifice themselves to be smoked by their King. The full story is being told over a trilogy of releases.

With the concept born and the majority of the first instalment wrote, the band expanded into a two man show, bringing a drummer into the mix ready for the studio. At this point the duo were of the understanding that this was very much a labour of love, something that wouldn’t be taken live or wouldn’t be far reaching.

Having contacted Sludgelord Records a year prior with only the idea of the concept to offer, the band returned to the label with the finished first instalment, »Toad King«. Sludgelord Records agreed to release »Toad King« in late 2018. The cassette sold out in a matter of days off the back of a 20 second clip of music, becoming the label’s first sold-out release. Due to popular demand a second run was made, this selling out quicker than the first run.

The reception and response had been beyond anything that could have been expected. As a result, the band were offered several shows throughout the U.K. and decided to take the toad on the road. The band brought in a bass player and set about transferring the atmosphere from the record to the stage and establishing their live credentials.

The following year while playing live, Goblinsmoker set out writing the next part of the trilogy. »A Throne In Haze, A World Ablaze« saw the Toad King and his army of goblins ride to war against his own kind, manipulated by the goblin shaman. Entering the studio in late 2019 the record was recorded and Goblinsmoker closed out the year playing Fall Of Man Festival in Munich, Germany. 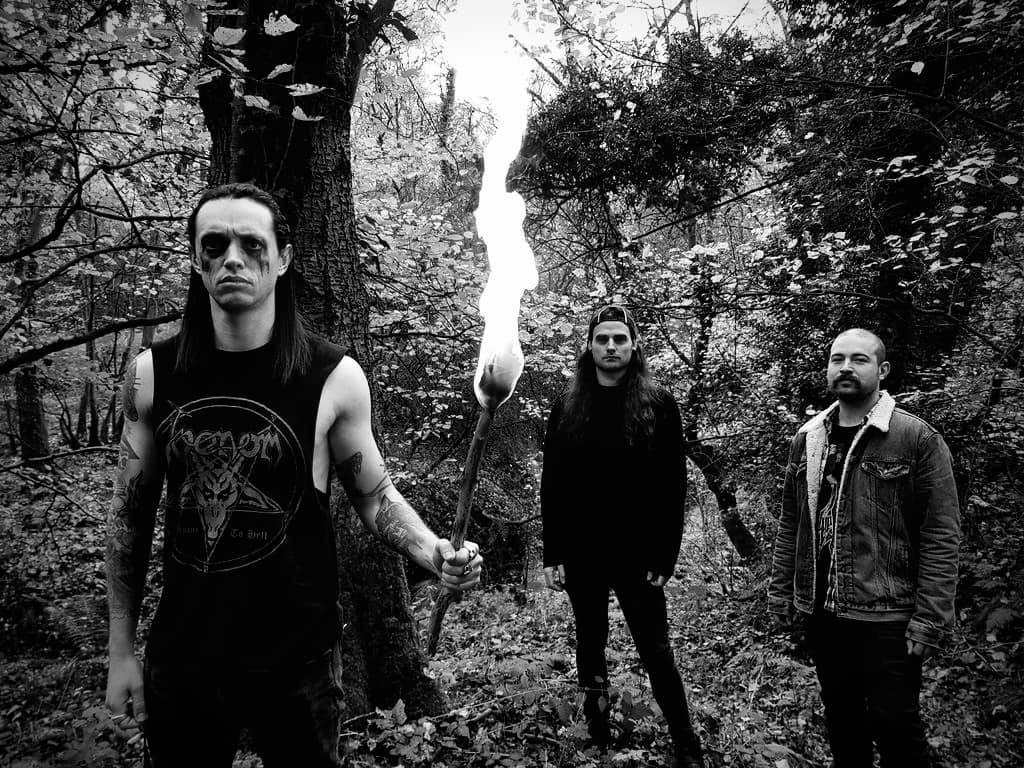 2020 saw Goblinsmoker team up again with Sludgelord Records for the release of »A Throne In Haze, A World Ablaze«, released on the 7th of February of that year. In 2021 Goblinsmoker played live with Conan, and headlined London’s New Cross Inn and Fell Foot Wood. The band returned to the No Studio in Manchester with engineer Joe Clayton to lay down more monstrous riffs. The result of those recordings, »Sweet Paravoid«, is released by APF Records in September of 2022.