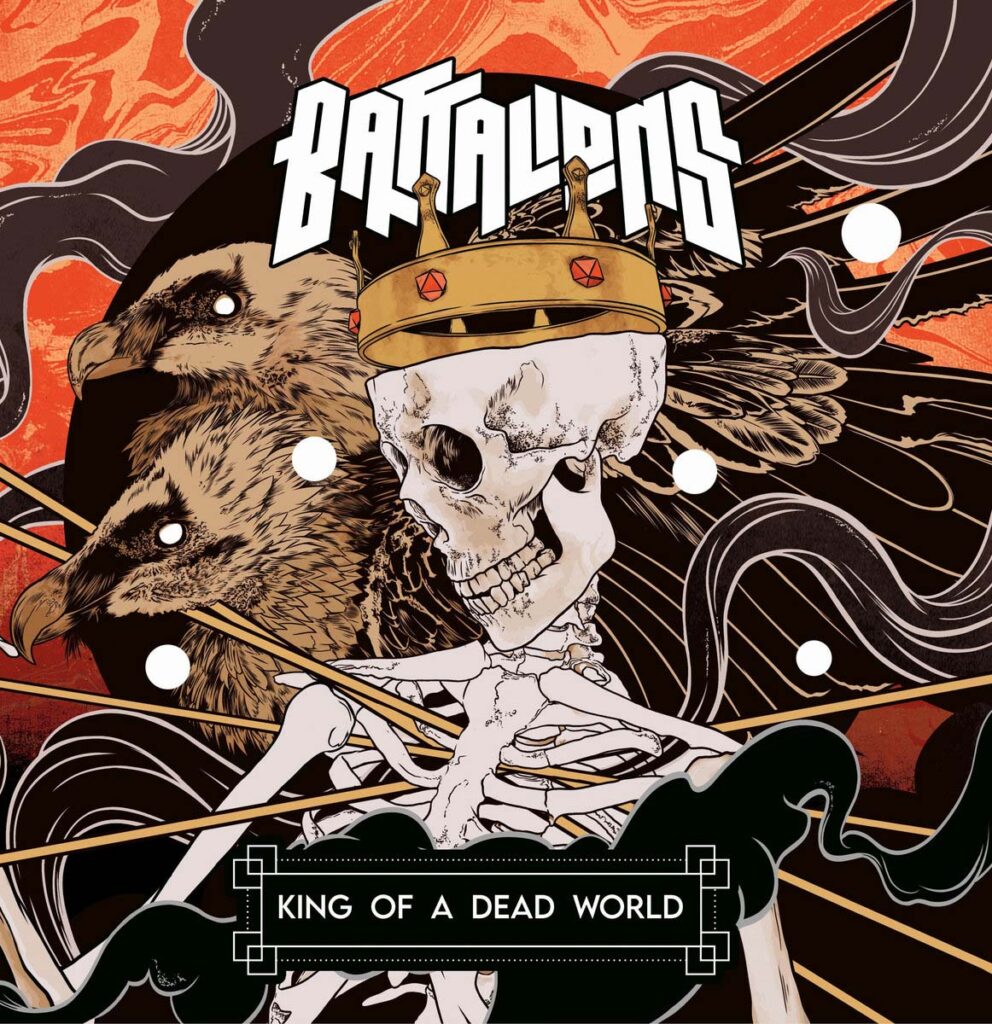 UK sludge metal juggernaut Battalions are set to return with their new album »King Of A Dead World« on 21st October via APF Records (Video Nasties, Desert Storm, Corrupt Moral Altar). The follow up to 2018’s »Forever Marching Backwards«, this album is 8 tracks of colossal, towering, hook filled riffs, born out of a crumbling world.

Bassist Matt Dennett sheds more light on the meaning behind the album’s title, “I was reading an article online about the decline of humanity, the battering of Earth’s resources, the financial and human cost of war, global warming etc, and how the world’s leaders are partly to blame. The article ended with “who wants to be the king of a dead world?”. I read that and it was a light bulb moment, I thought that’s a great song/album title, everyone agreed and it stuck straight away.”

Commenting on first single »Diagnosis Fucked«, vocalist Phil Phil Wilkinson adds, “I have always written about personal struggles, and this one is very personal lyrically. Diagnosis Fucked refers to my struggles with health issues, particularly being diagnosed with osteoarthritis and the mental anguish that came with that, but ultimately coming out the other side with help from good friends and horrible music. I’ve always been very open, lyrically and personally, about my struggles with mental and physical health, and this song is a representation of this. Along with that, we chose this as a first single as it encapsulates what Battalions is all about – heavy music, big groove and hard hitting lyrics.” 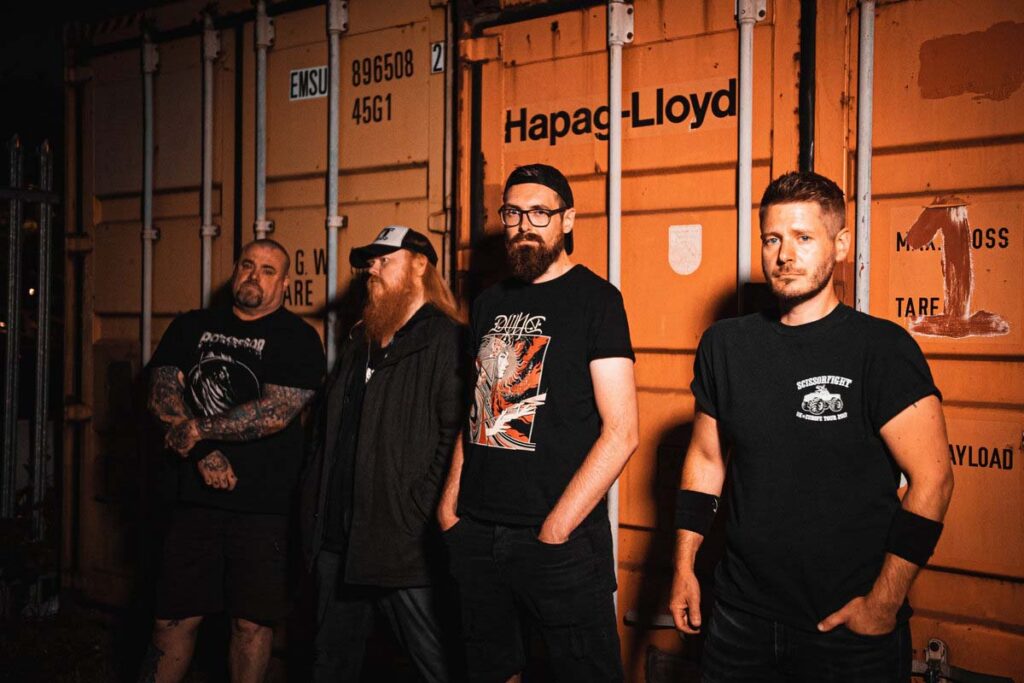 Starting out way back in 2010 in the depths of Kingston upon Hull, Battalions have gradually become veterans of the ever growing underground UK metal scene with their own brand of groove riddled sludge metal. At its the core this is harsh and heavy music, packed with razor sharp guttural vocals and yet it’s hard not to find yourself nodding along addictively to each track on this record.

»King Of A Dead World« is also an album of change for Battalions in band members, with production and artwork too. Vocalist Phil Wilkinson explains, “During the covid lockdowns, we underwent a personnel change, namely welcoming drummer Simon into the Battalions fold, so with this we wanted to go for a whole new production process. We chose a brand new studio to us, Nø Studio in Manchester with producer Joe Clayton (Pijn), as we wanted a new sound after using Chris Fielding (Conan) for all our previous efforts. »King Of A Dead World« is us returning to our roots, big groove rooted in a dirty DIY sludge and hardcore sound. In addition to this, we also chose a brand new artist for the album artwork – James Fenwick – to complete the ‘new start’ mentality we have all taken into the writing and recording of our 4th album.”

“among the best that the genre has produced” – Soundboard Reviews