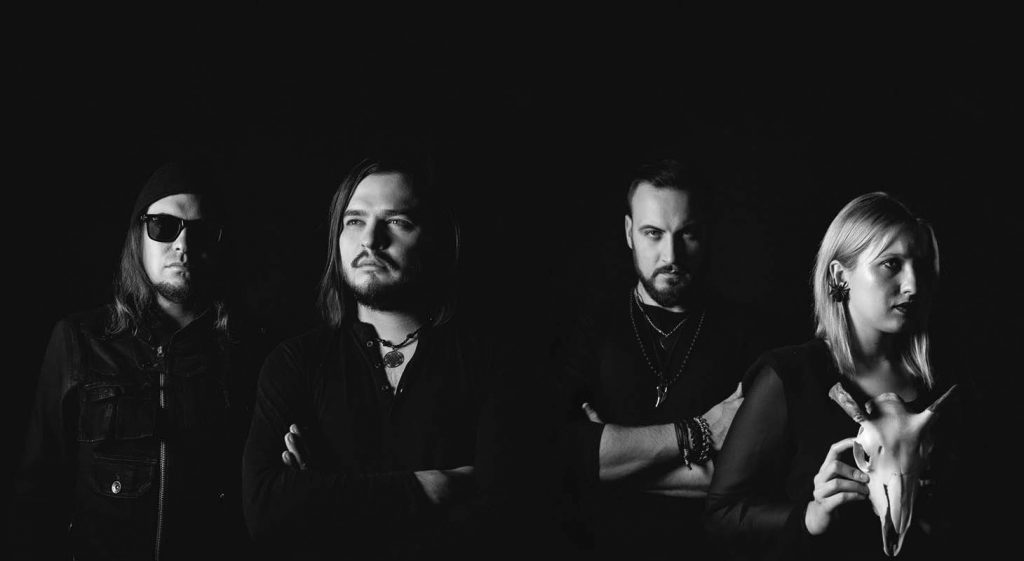 Kiev, Ukraine based progressive stoner rock band Lucifer Rising stream a music video for the track »Dark Side« from their debut album, »Beyond The Ninth Door«, released back in 2016 via Electric Experience Records.

Lucifer Rising is a four-piece band from Ukraine, formed in 2013 by Max Tovstyi and Valeriy Vitomskyi. The band plays progressive stoner rock influenced by blues rock.

After five years break, the founding members and songwriters Max and Valeriy are back with the new singer Anastasia Ilchenko and bass player Serj Manerny. The band already started to record a new album, which should be released in 2021.