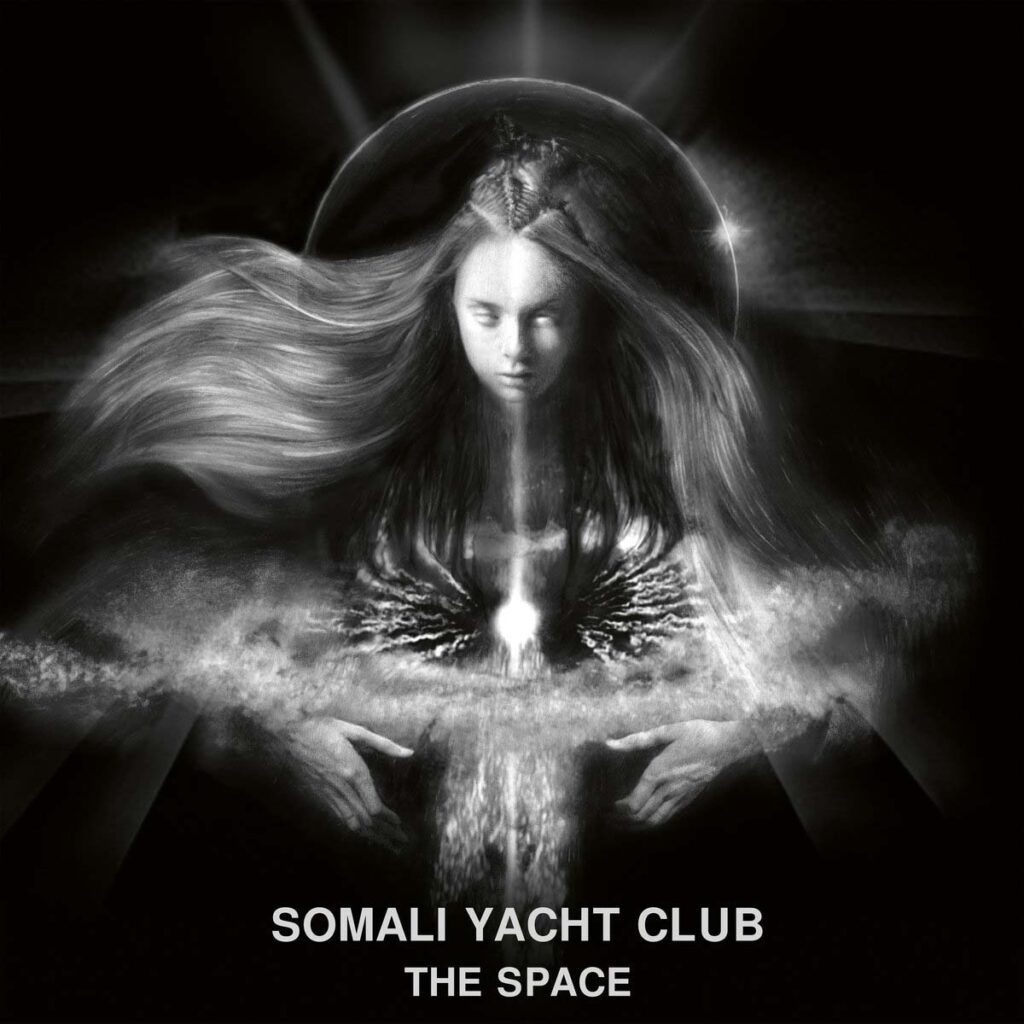 The wait is finally over! Ukrainian psychedelic stoner rock trio Somali Yacht Club in now streaming their brand new album »The Space« in its entirety!

»The Space« will be officially released this Friday, April 22nd, 2022 via Season Of Mist.

Psychedelic stoner rock trio Somali Yacht Club will be releasing their third full-length, »The Space«, tomorrow, April 22, via Season Of Mist, making it the band’s debut to the label! The band is now streaming the record in its entirety via The Obelisk! You can hear the album ahead of its release now!

The native Ukrainians have pledged to donate all profits made in 2022 (until the end of the year) to various charities to help their home country of Ukraine.

»The Space« can be pre-saved via all digital streaming platforms here and pre-ordered here!

Somali Yacht Club is a moniker designed to represent dichotomy and variance. Named after the real-life pirates who attack vessels off the Somalian coast and the peaceful leisure of those with time to kill and money to burn, Somali Yacht Club musically embodies the boundless, wide-open, quiet/loud spaces that atmospheric post-rock and metal occupy. After over a decade of mesmerizing audiences in their Ukrainian home base and Eastern Europe, Somali Yacht Club inked a deal with Season of Mist in 2021 to reissue their back catalog and release their third full-length, »The Space«.

The band’s story began in 2010 when guitarist/vocalist Ihor sent drummer Lesyk a random message on a Ukrainian musician’s forum to play a hybrid of math rock, post-hardcore, stoner and post-metal. Intrigued, Lesyk called bassist Artur to create the band’s first (and only) lineup. The initial jam sessions went so well that the trio decided to move forward on a permanent basis. Relying on albums such as Moccasin’s »The Last Leaf«, Ahkmed’s early EPs, Mars Red Sky’s self-titled, the entire Sungrazer discography and the legendary Isis duo of »Oceanic« and »Panopticon«, as well as Down, Electric Wizard, Queens Of The Stone Age and now-labelmates Weedeater, the Somali Yacht Club sound was formulated. 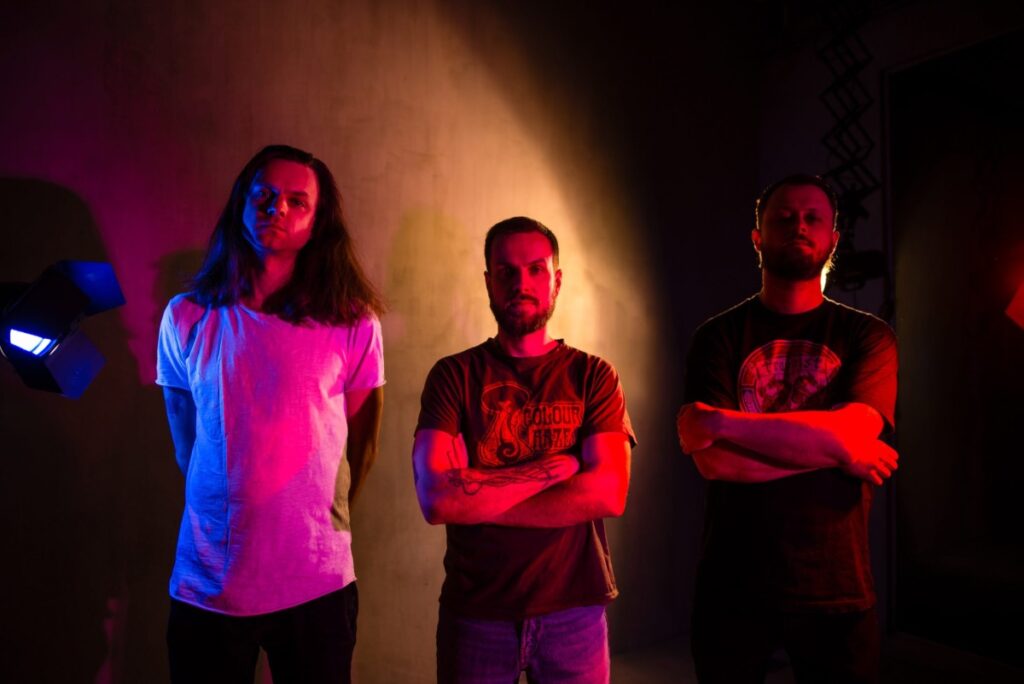 “It was a very naive and simple time,” comments the band. “Ihor, as always, was full of energy and it was not enough for him for the bands in which he played at the time. We just started to jam and found the blend that fits all of us. Also, we always loved bands and particular songs that are eclectic – we get a lot of inspiration from such things. They are fun to play and hopefully fun to listen to.”

However broad and varied their influences may be, Somali Yacht Club started to forge their own path via their self-released 2011 »Sandsongs« and 2013 »Desert Walls« EP. The pair laid the groundwork for their formidable full-length debut, »The Sun«, which channeled spaced-out, psychedelic jams with churning stoner doom metal. Their amalgamation of all-things stoner continued through the 2015 »Sun’s Eyes« EP and 2018 »The Sea« full-length, the latter noted by The Sludgelord that it “succeeds in taking the listener on that well-known ride of warm tones and meandering melodies” and MetalStorm.net stating, “Somali Yacht Club offers up a fresh spin on a rich but well-explored genre and in doing so deliver one of the early highlights of 2018.”

The new year brings forth »The Space«. The album was tracked at various points throughout 2021 at Jenny Records near Lviv, Ukraine, with mixing and mastering courtesy of Yaroslav Tseluiko at Jaro Sound in the Czech Republic. The cover depicts a supernova and was handled by Dasha Pliska, who was also responsible for »The Sun« and »The Sea« artwork. »The Space« also completes the trilogy that began with »The Sun« and »The Sea«, but, according to the band, there is no unifying theme.

“It’s a bit hard to tell a real story in our music because, let’s be honest – it’s still more instrumental-focused. »The Space« is very loosely connected to a single concept as it has even more abstract and personal lyrical themes. Also, the song »Pulsar« was the first written and named song for this album, so it set a path for the title.”

»The Space« finds Somali Yacht Club now in full expanse of their sonic elements, delivering six cuts of atmospheric post-rock/metal with dashes of melancholy and introspection. Ihor’s relaxed, if not smooth delivery runs parallel to his driving, fuzzed-out riffs that are dotted with traces of melody. The rhythm section of Artur and Lesyk is the undisputed anchor, maintaining a careful ebb and flow that embellishes songs that demand room to breathe and require texture and thoughtfulness – notably the 12-minute-plus closer, »Momentum«, which features one of the band’s finest jams to date. Such numbers resulted from Somali Yacht Club’s regular practice sessions that bore more than enough new material.

“We wrote »The Space« pretty much the same way as the previous two,” says the band. “We brought an idea or a riff to rehearsal, play and jam it a lot of times to see if it doesn’t go stale, record demos, listen, think, re-think, change everything and so on. This time we went to the studio with more than enough material – some even didn’t get a proper recording as we understood it needed even more time to mature and be reconsidered. Some ideas became an outtake; some songs were created right in the studio.”

Like their name serving a dual purpose, so does Somali Yacht Club’s output on »The Space«. The album contains a regular balancing act between heaviness and soft, clean guitar moments that will place Somali Yacht Club into the echelons of bands who have previously mastered the timeless art of dynamics. »The Space« is the perfect elixir in a time rife with uncertainty, menace and chaos. Alas, the new age of stoner has arrived.