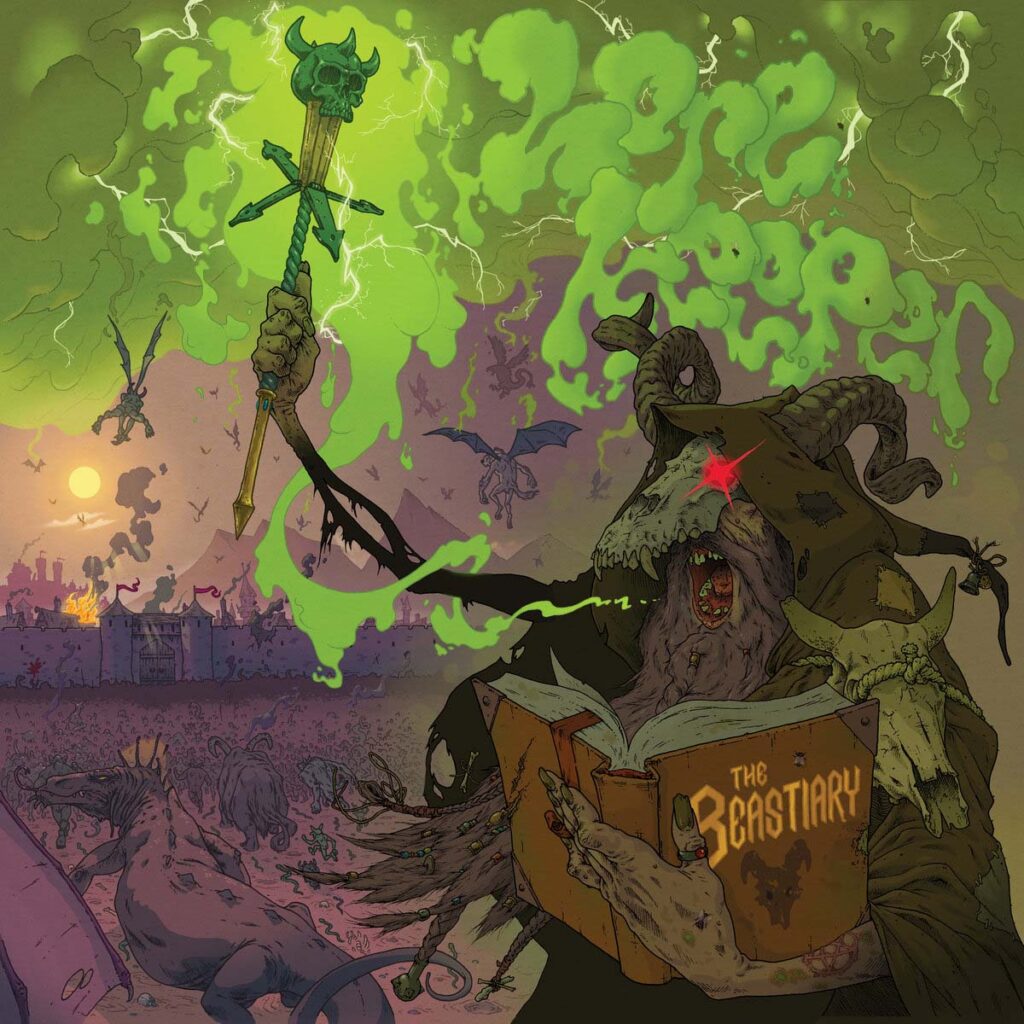 Knowledge is power. It is no wonder, then, why some knowledge is best kept hidden, buried, and forgotten.

The ancient Scribes knew this long ago when they entombed themselves within the Great Library, burying the tower deep below the Burning Sands. One of many great Marvels of the Old World, gone in an instant. A desperate sacrifice to protect us against those who seek to abuse the ancient knowledge within their Sacred Tomes. For thousands of years, their corpses cradled the books, holding them in their secret, silent embrace.

Until inevitable Fate discovered them fresh and anew.

The Beastiary was found by the Emerald Wizard. Consumed by an irreverent, insatiable, curious hunger, he had quickly found himself disgraced and banned from every institution he had been a part of. Thus, he turned to the forbidden fruit of the Sands, sought the Library, and lunged headlong into his greatest folly.

The book’s curse consumed him so fully that there are some who contend that he was simply a vessel for its evil, and that he should hold little blame for the atrocities that it committed through his body. Others are adamant that the wizard simply utilized the dark magic for the goals and purposes already contained within his twisted heart. Regardless, history remembers him only as the monster he became: The Green Lich.